Home Gossip Is Stranger Things And All Too Well Actress Sadie Sink Dating Someone? Boyfriend And Relationship Status

Is Stranger Things And All Too Well Actress Sadie Sink Dating Someone? Boyfriend And Relationship Status 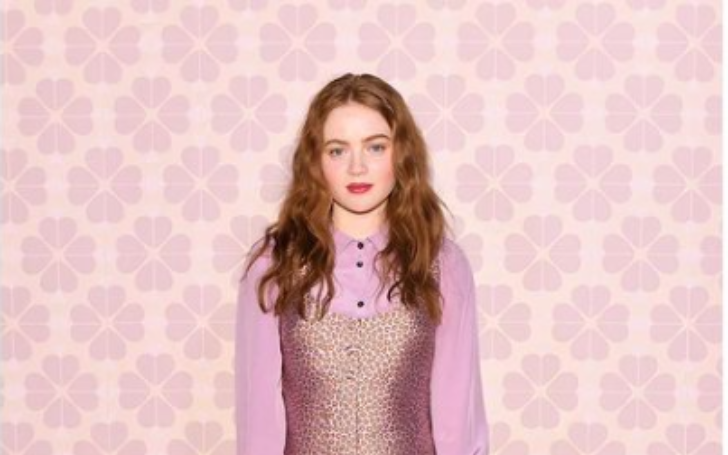 Stranger Things star Sadie Sink took over the internet with her chemistry with Teen Wolf star Dylan O'Brien in the 10-minute version of All Too Well: The Short Film by singer-songwriter Taylor Swift.

The pair were praised for their outstanding performance. However, their performance was not the only thing that caught the public's attention. After the release of All Too Well, Sink was rumored to be dating Patrick Alwyn, Joe Alwyn's brother with whom she was spotted hanging out two months back.

Are the rumors true? Is Sadie really dating Patrick? Find out here.

Rumors of a budding relationship came flooding after Sadie was spotted hanging out with Patrick Alwyn multiple times. He is the younger brother of Swift's beau Joe Alwyn.

In September, the duo was seen walking through New York City talking and having a good time. 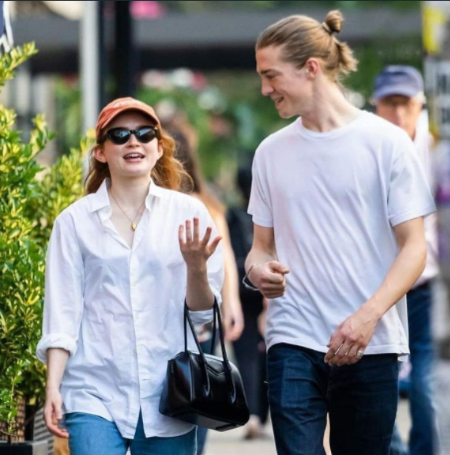 Back then, fans were confused about how and when did the pair meet. But after "All Too Well" was released, there is a possibility that they met through Taylor herself. This also intensified the rumors of a possible relationship between Sink and Alwyn.

On 12th November 2021, Taylor Swift released a short film All Too Well starring Sadie Sink as 'her' and Dylan O'Brien as 'him' in a romantic relationship that eventually falls apart. The film is rumored to be based on Taylor and actor Jake Gyllenhaal's relationship.

It shows the journey of him and her experiencing the highs and lows of a relationship. Sink and O'Brien can be seen kissing and sharing a cute moment in the music video. This also definitely raised some eyebrows.

As of now, neither Sadie nor Patrick has addressed the rumors yet. There is a possibility that the duo is just friends.

Did Sadie Date Anyone In The Past?

The 19-year-old actress was previously rumored to be dating her Stranger Things co-star Caleb McLaughlin because of their outstanding on-screen performance.

The rumor was immediately shut down by both parties as they both confirmed they were just great friends in real life.

Did You Know? Sink began vegan after working with Woody Allen in the 2017 film The Glass Castle.

As of November 2021, she has over 14.8 million followers on Instagram and over 811.7k followers on Twitter. Looking through her posts, she enjoys spending time with her friends, family, and visiting new places.

Similarly, Sadie uses her platform to promote her work and charity campaigns encouraging her fans to support her as well.

The young actress is quite private regarding her personal life. Despite having a huge fan following and working in the entertainment industry, she loves a low-key life.

According to Celebrity Net Worth, Sink's net worth is estimated at around $1 million as of 2022. She amassed her million-dollar fortune from her successful acting career.

She began her acting journey at the Hobby Center for the Performing Arts in Houston during their 2011-2012 season. In 2015, she played young Queen Elizabeth II in The Audience. 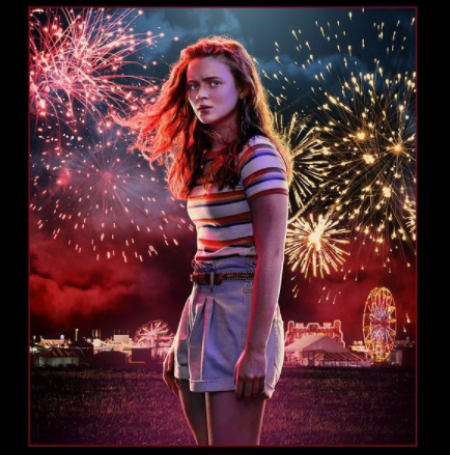 In 2017, she was cast as Maxine 'Max' Mayfield in the Netflix original Stranger Things alongside Winona Ryder, David Harbour, Finn Wolfhard, Millie Bobby Brown, and others.