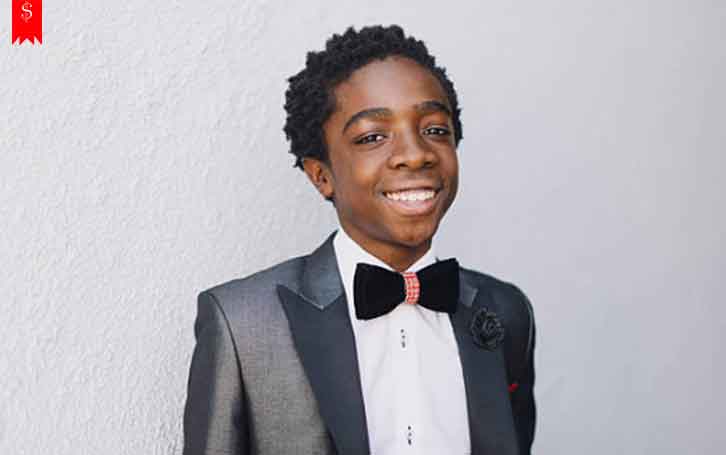 The popular Netflix series, The Stranger Things, has received a lot of fans lately. The young stars in the series have already become celebrities. Today, here, we will be talking about one of the young talents of the series, Caleb McLaughlin's net worth, earnings, and awards he's won till date.

So, if you want to know in detail about the earnings of Caleb, how much he made from The Stranger Things and about the achievements he’s won so far, don’t stop yourself from reading the article until the end.

Caleb McLaughlin’s Net Worth and Earnings from Stranger Things

According to celebrity net worth, Caleb McLaughlin’s net worth as of 2017 is $3 million. Caleb started gaining fame once he entered the original Netflix series, ‘The Stranger Things’ in 2016. With the increase in the episodes and seasons of the series, the number of fans has multiplied itself and now people are crazy about the series. 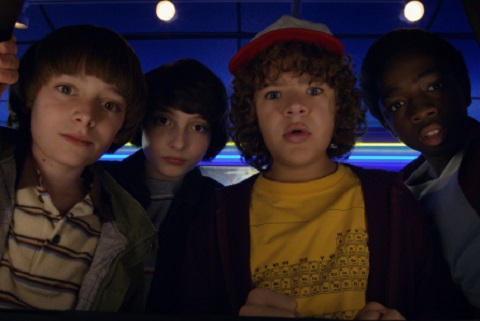 CAPTION: Caleb McLaughlin with his co-stars in The Stranger Thin SOURCE: Deadline

And with the end of the second season, the show became such a hit that their pay was assured a high rise. In the third season, Caleb, including other young stars of the series’ pay is $250,000 per episode.

Caleb, who was born in Carmel, New York back in October 2001 entered into an acting industry from a very young age. He started his acting career when he starred as Young Simba in 'The Lion King.' However, we all know that he is very much famous for his role as Lucas Sinclair in 'The Stranger Things,' since 2016. 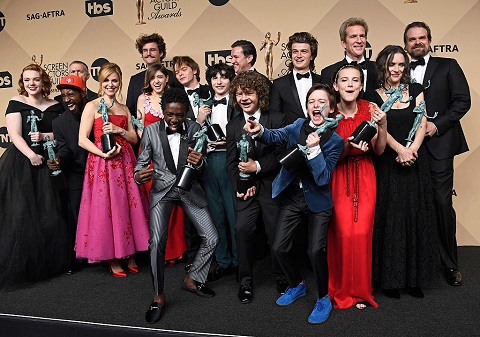 CAPTION: Caleb McLaughlin enjoying the win of his awards with hi SOURCE: Celebrity Net Worth

Since then, he has played in many TV series like Shades of Blue (2016) as Jay-Jay, The New Edition Story (2017) as Young Ricky Bell, and other series like Unforgettable, Forever, Law & Order: Special Victims Unit, Blue Bloods, Final Space, etc. 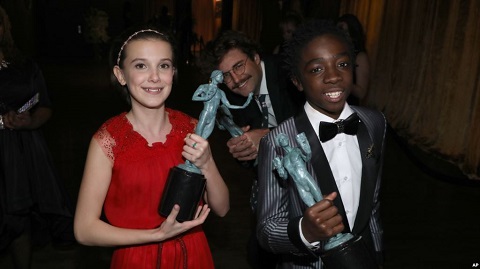 Talking about the awards he has won to date, being someone of such a young age, he has already won two awards and has been nominated for four other awards as well.