Home Gossip Taylor Swift's 'Call It What You Want' Decoded: Reveals Details of her relationship with Joe Alwyn

Taylor Swift's 'Call It What You Want' Decoded: Reveals Details of her relationship with Joe Alwyn 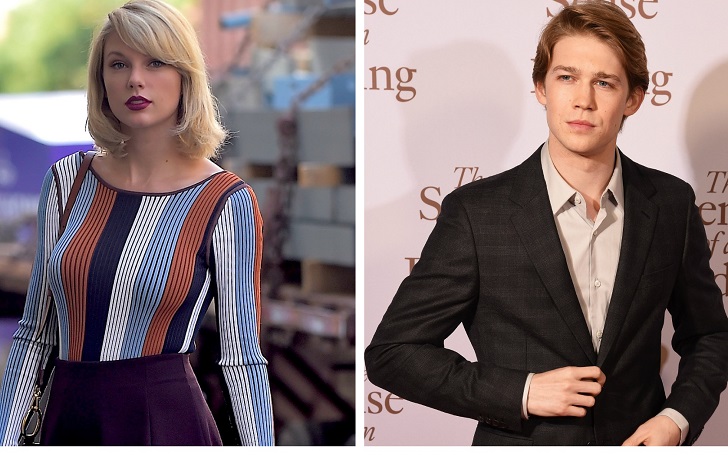 All thanks to Taylor Swift's relationship which always gives her a new idea for her song. If you check her songs, she always takes her words to her song to describe her relationship, and that's what we love her for!

Just with a week to go until Taylor Swift released her highly expected album Reputation, American singer-songwriter added another music giving her fans another peek by dropping a new song "Call It What You Want."

Taylor Swift's 'Call It What You Want' Decoded: Reveals Details of her relationship with Joe Alwyn

She continues "All the liars are calling me one / Nobody’s heard from me for months / I’m doing better than I ever was" she means that she went under the radar and secretly dated Alwyn for months before she made the news of her dating life public.

She explains about her boyfriend "My baby’s fly like a jet stream/ High above the whole scene/ Loves me like I’m brand new so call me what you want, yeah." She continues "I want to wear his initial on a chain around my neck, not because he owns me/ but ‘cause he really knows me,"

In the early Friday morning, while promoting the song on her social media accounts, she posted videos from her life over the past year. The video includes the snapshots of her singing an acoustic version of the song, riding a horse, relaxing at her Rhode Island home, enjoying a bonfire, sipping on wine, painting a watercolor, hanging out with Kitty, recording new music along with her birthday celebration.

Swift teased the track on her Instagram account early Thursday morning posting a selected lyrics somewhat that resembles her 2008 smash hit "Love Story." She captioned the words as the second version of her Love Story smash hit.

The lyrics of Call It What You Want appears to reference or say reply of her Love Story.