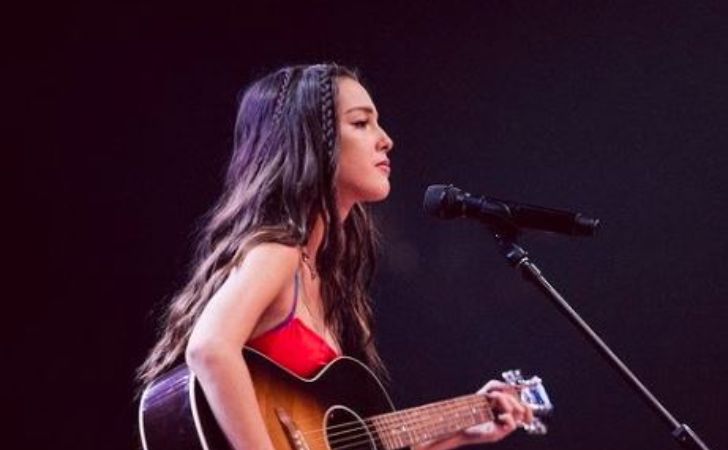 The youth's sensation Olivia Rodrigo has not looked back ever since she dropped her hit single Driver's License in early 2021. Just a year after releasing her debut studio album Sour, Rodrigo becomes the Billboard Woman of The Year 2022.

Well, the 18-year-old is surely making the best out of her rising career. Let us talk more about her career achievements and her personal lifestyle.

Is Olivia Rodrigo The Youngest Female Artist To Be Named Women Of The Year?

After a successful career as a child actor, Rodrigo is doing great with her singing career and there's no doubt about that. With the successful release of her debut album and hit singles like Driver's License and Good 4 U, she hit another milestone in her music career.

Deja Vu singer was recently named the Women of the Year 2022 by Billboard. The news was announced by Billboard along with the details of general public tickets sale. Likewise, she will be honored on 2nd March at the YouTube Theater at Hollywood Park in Inglewood, California. 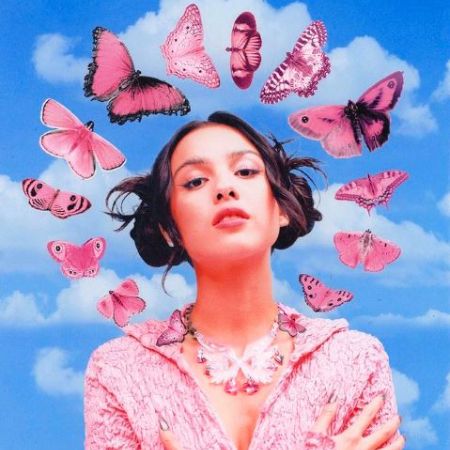 During an interview with Billboard's Editorial Director Hannah Karp, she talked about Olivia's music style and said:

"Her talents as a storyteller and songwriter have made Olivia one of the most authentic and exciting new artists to explode onto the scene in years. Connecting with audiences across generations through emotionally charged songs about heartbreak, jealousy and growing up, she’s achieved absolutely incredible chart success for a debut artist. We are thrilled to celebrate her unique voice and the enormous impact she’s had on fans around the globe in such a short time."

She also added: "Olivia’s trajectory to superstardom is the stuff of pop music legend,"

Let Us Go Through Her Short Career Highlights

The rising po-star first came to the spotlight for her role as Grace Thomas in the 2015 film An American Girl: Grace Stirs Up Success. She then landed the main role of Paige Olvera in the American comedy TV series Bizardvark alongside Madison Hu, Jake Paul, DeVore Ledridge, and others.

In 2019, she joined the cast of High School Musical: The Musical: The Series opposite Joshua Bassett, Matt Cornett, Sofia Wylie, and several others. In the show, she plays the role of Nini Salazar-Roberts.

While most of us were still recovering from the COVID-19 pandemic in 2021, Rodrigo started the year with a bang. She dropped her hit single Driver's License in Janaury 2021 through Geffen and Interscope Records. 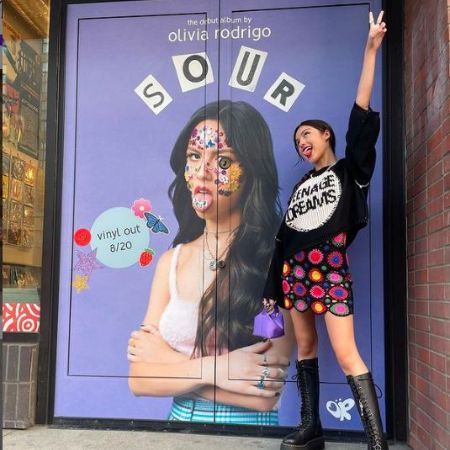 The song quickly became a fan favorite and even receive nominations for Record of the Year, Song of the Year, and Best Pop Solo Performance. Likewise, it broke several records including the Spotify record for the most single-day streams for a non-holiday song.

Her debut album Sour was released on 21st May 2021 with Driver's License as the lead single. As per the source, Olivia had originally planned the album as an EP, however, she later expanded Sour into a full-length album following the unexpected success of her lead single.

Sour was named the Best Album of 2021 by Billboard and Rolling Stone and received nominations for Album of the Year and Best Pop Vocal Album at the 64th Annual Grammy Awards. The album has other hit songs like Deja Vu, Good 4 U, Traitor, and Brutal.

As her career has skyrocketed, so has her net worth. According to Celebrity Net Worth, Rodrigo has an estimated net worth of $5 million as of 2022. Thanks to her successful acting and music career, she earnings millions of dollars at just 18.