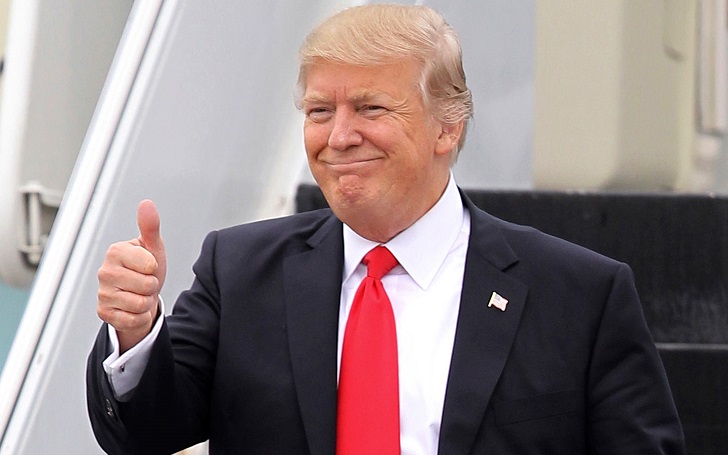 Donald Trump proposal to arm teacher includes bonuses for the teacher who undergo gun training. The President Trump solution is to fire back savage sicko with bad intention and end the attack. But all are not happy with the idea.

President Trump believes that if a sicko shooter knows a school has weapon trained teacher the sicko will never enter that school. If he does enter with negative intention the weapon talent teacher will be there to protect the school. 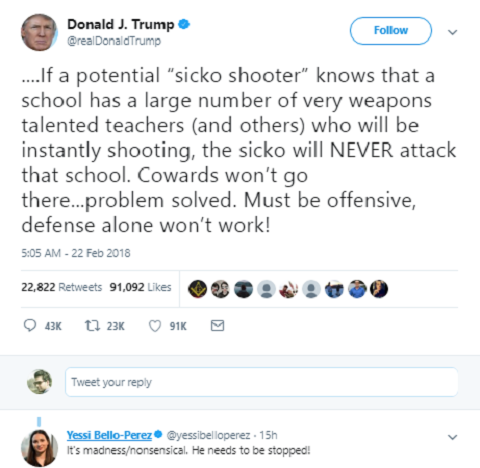 He added immediate firing back to the sicko who attacks a school by the highly trained weapon teacher will end the attack.

According to Trump, a gun free school is a magnet for bad intention people. He explains it, a killer or who think of becoming one heading for the ice cream and ice creams saying here am I, take me. We can’t actually figure out why he chose ice cream for the example but he did.

He planned to give 20 percent of the teacher gun which will make more than 640k teachers armed nationwide. Currently, 8 state teachers are allowed to carry a concealed weapon in the nation. But the National Education Association opposes teacher carrying guns in the school.

It has now become a matter of controversy between a majorities says yes & no to Trump proposal.

The head of the National Rifle Association (NRI) publicly speaking tells the last Parkland shooting was not the failure of guns but rather sited the fault of FBI, the mental health issue, and school security failures.

Hillary Clinton who ran for presidency election against Trump in 2016 told “the majority of Americans supports common-sense gun reforms.”  She added, “Remember these feelings in November, and Vote.”

Many prominent teachers say no to Trump idea including Douglas Teacher Greg Pittman from the parkland shooting. Pittman reveals having a gun but keeps it at home and tells giving a teacher gun is a bad idea. 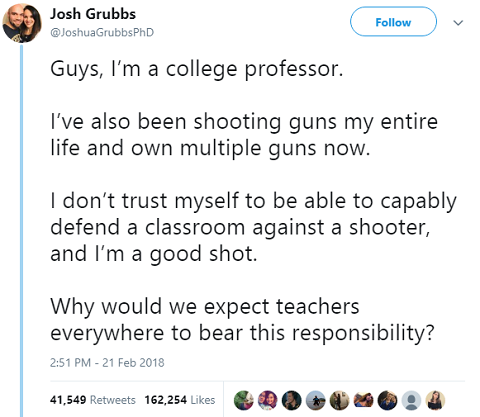 Josh Grubbs who is a college professor and gun expert twitted “I don’t trust myself to be able to capably defend a classroom against a shooter.”