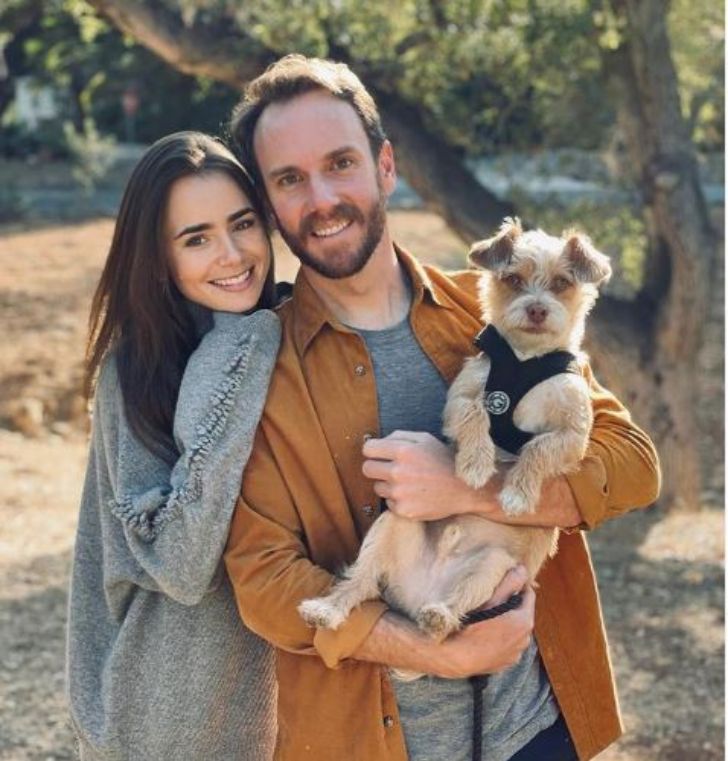 The Blind Side actress Lily Collins married this September 2021 after a year of engagement with her film director boyfriend Charlie McDowell. The couple went Instagram official about their dating two years prior and now moves a step forward in their relationship.

Collins, the daughter of Genesis drummer Phill Collins and his then-wife Jill Travelman, exchanged vows in a private ceremony and later took to Instagram to share pictures of her auspicious wedding. No doubt, the good news left fans in awe, while also raising curiosity about the couple's relationship details. Let's get thoroughly about Emmy Award-nominated actress dating story & all.

The 32-year-old British-American actress knew Charlie was the "one" shortly after they met, and began dating, but never thought, it will only take 2 years to settle down as husband-wife. Collins, who back in 2013, stated that she was not fond of talking about her relationship publicly, went Instagram official with her boyfriend McDowell in 2019.

Moreover, she took Instagram to announce her engagement last fall, and so to speak, her secret wedding of 2021 as well.

Flaunting her white veil with long sleeves, the Abduction star made an Instagram post this September 7 as she and her film director boyfriend Charlie McDowell had exchanged vows. As her IG caption suggests, the couple married on September 4, 2021; she wrote:

"I’ve never wanted to be someone’s someone more than I do yours, and now I get to be your wife. On September 4th, 2021 we officially became each other’s forever. I love you beyond." 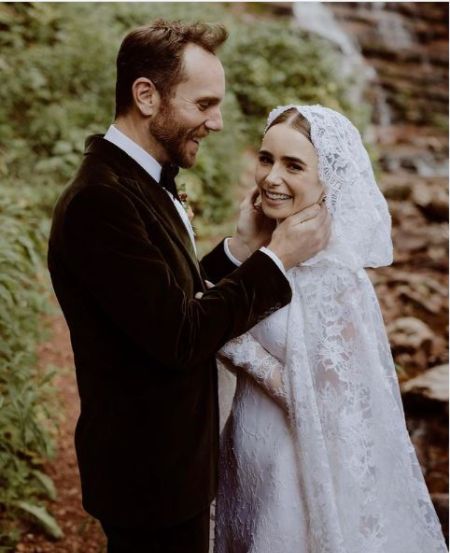 CAPTION: Lily Collins and her boyfriend of 2 years, Charlie McDowell married in a private ceremony in September 2021 SOURCE: [email protected]

The private yet enchanting wedding ceremony took place at Colorado's Dunton Hot Springs. As the duo walked down the aisle, Lily wore a custom Ralph Lauren gown with Swarovski-beaded flowers and a caped hood, while The One I Love director donned a black tuxedo.

On her Instagram (@lilyjcollins) with over 23.7 million followers, the hazel-eyed brunette went on a spree to share her picture of her nature-themed wedding; she posted 3 different pictures. Also, her new husband Charlie didn't find him behind to share the lovely snaps of the newlywed- well, it was his first post in a month since August 6, 2021.

Among the messages of congratulations, it included wishes from Maria Sharapova, Reese Witherspoon (the mother of  Ava Phillippe and Deacon Phillippe) & others.

When Did They Begin Dating? Unexpected Engagement!

Considered the "Hottest Daughters of Rock Stars" by Maxim in 2009, Lily Collins first sparked dating rumors with The Discovery director & producer in July 2019. The then-alleged couple seemed cozy while in their outing in Los Angeles until they confirmed their relationship by August that year.

Ever since, both Dowell and Collins were frequent mentions on each other's Instagram. And after a year of dating, the Rules Don't Apply actress confirmed her engagement via Instagram in late September 2021.

As she flaunted her unique-cut diamond ring, the star kid wrote, "I’ve been waiting my lifetime for you and I can’t wait to spend our lifetime together..." 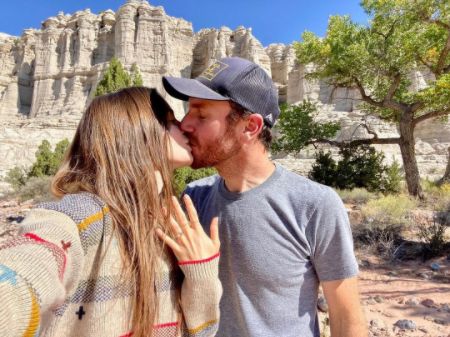 CAPTION: Collins went Instagram official about her engagement with McDowell in the 2020 fall SOURCE: [email protected]

In an interview with USA Today, Lily opened up further about her engagement. They reportedly were on a road trip for their vacation in New Mexico. And none thought it would only a year the proposal, the couple would exchange vows.

Past Relationships of Lily Collins

Prior to McDowell, the 'Emily in Paris' star been through many failed dating stories- which fans believe made her cautious with her choices. Although none of her relationships spanned long, it did get greatly in talks & why won't? After all, she has dated Hollywood notable figures.

Back in 2010, she was dating her Abduction co-star Taylor Lautner as they met on the set action-thriller film. However, they broke up weeks before the premiere of Abduction (2011). Then in 2012, she was in a 3-month long relationship with Zac Efron; they remained friendly exes & even more worked together on Extremely Wicked, Shockingly Evil, and Vile (2019). 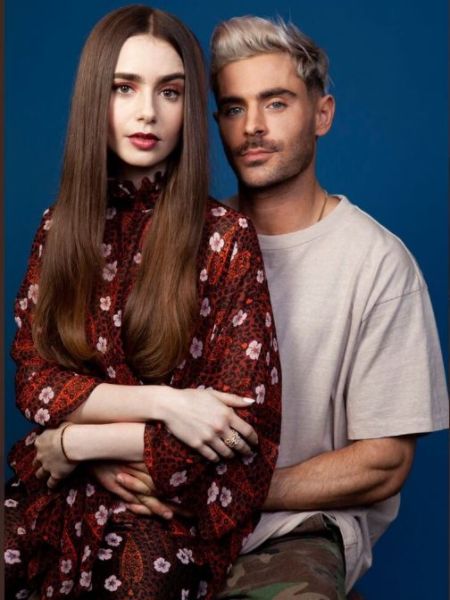 Then from July 2012 to August 2013, the British-American actress dated her The Mortal Instruments co-star Jamie Campbell Bower. She was briefly in a relationship with Australian actor Thomas Cocquerel in 2014, and later reunited with her ex-boyfriend Jamie, but it was brief.

In 2016, Lily Collins had a fling with one of the Jonas Brothers, Nick Jonas. Her other rumored relationships were with Chris Evans and Noah Centineo.

Did you know? Her husband Charlie McDowell has been in a relationship with Rooney Mara (2010-16) and Game of Thrones star Emilia Clarke (2018-19).