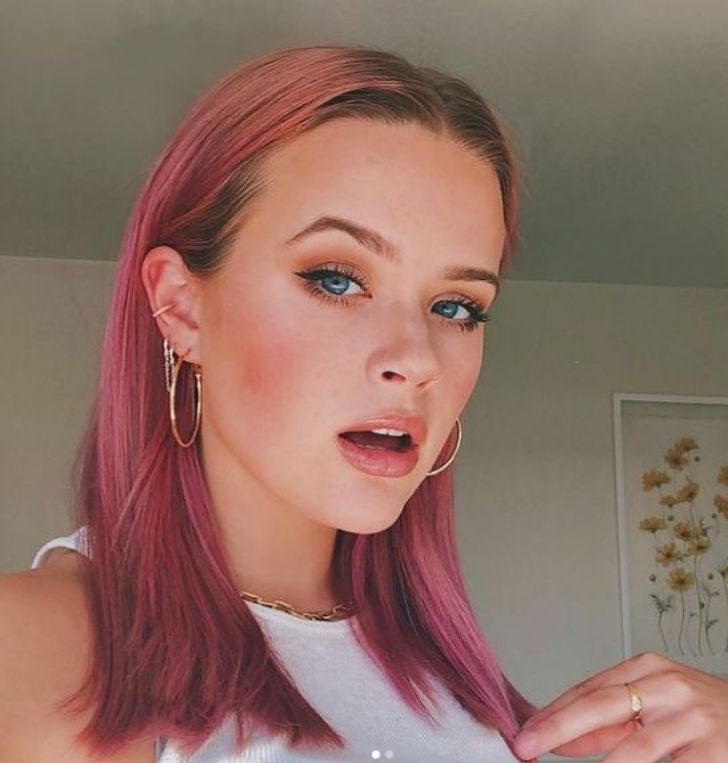 Star kids earn popularity even before their birth, and beautiful Ava Phillippe is no exception. The 23-year-old got fame as the daughter of the Academy and Emmy-winning actress Reese Witherspoon and acclaimed actor Ryan Phillippe and her striking resemblance to her mother.

While Phillippe takes her studies quite seriously, there are lots of debates among fans regarding her career choices. Is she becoming an actor like her parents? Well, only the future will tell; as of now, she seems into modeling; in fact, she has modeled for Draper James and Rodarte. Not a surprise that the star kid already has a massive 1M fan-following on her Instagram (@avaphillippe).

How Old Is Ava Phillippe? Which College does She attend?

Ava, the first child of Witherspoon and Phillippe, is a native of Los Angeles, California, and grew up there. As for a fact, she is named after Hollywood actress Ava Gardner.

Born on September 9, 1999, Ava Elizabeth Phillippe will be celebrating her 23rd birthday this fall. She celebrated her 21st birthday last fall, as her Hollywood royalty mother made a heartfelt post on the occasion. Moreover, she had received 18 letters from her mother, of which, she could open each letter until her 18th birthday; the last one was opened in 2017. 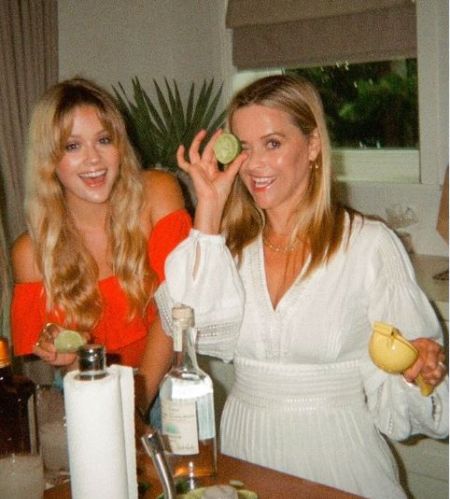 This 2022 fall, the fashion potential who stands 5 feet 3 inches tall, turns 23 years old. Phillippe is an attendant of the University of California, Berkeley; she completed her sophomore year in 2019.

Daughter Of Actor Parents Who Is Now Divorced- More About Family!

As mentioned earlier, Ava is the eldest child of an actor couple: Reese Witherspoon and Ryan Phillippe, who divorced when she was 9 years old. Her Academy-winning mother met Ryan in 1997 at her 21st birthday party and got engaged after a year, in December 1998.

Then, on June 5, 1999, the two married, when Reese was 6 months pregnant with Ava (born later that year in September). It was after 4 years, she became a sister to her younger brother Deacon Phillippe (b. October 23, 2003), who is now pursuing his career as a music producer. 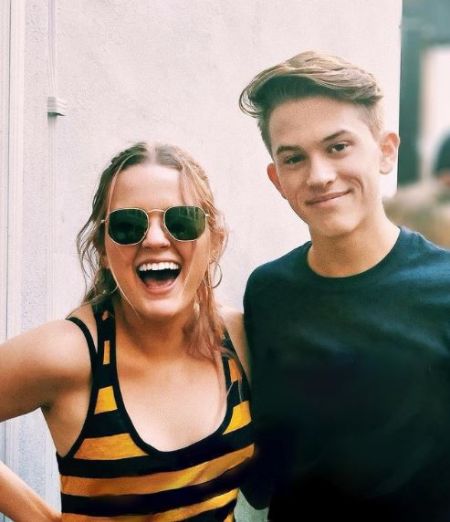 But, the happy family couldn't stay away from the turmoil of the split, as her parents separated in October 2006, citing irreconcilable differences. Following two years-long battle for custody of both kids, which ultimately ended in joint custody, they divorced on June 13, 2008.

Despite the bitter terms among parents, Ava and her brother Deacon are very close with them. Quite often, she shares pictures with her mom, and their resemblance makes fans go in awe.

One can always wonder, is she the next, Resse Witherspoon.

The iconic Hollywood figure and mom of Phillippe did go through the trauma of divorce, but she found love again. As reported, the Walk the Line actress began dating talent agent Jim Toth in 2010, who would become her second husband as they exchanged vows on March 26, 2011. 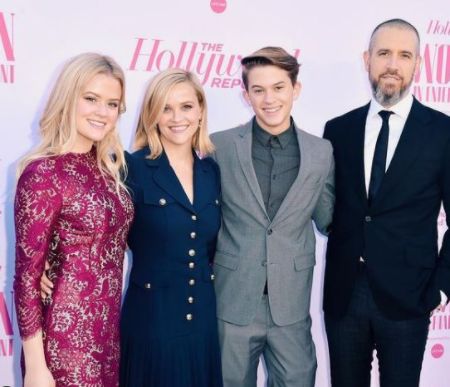 Together, they share a son Tennessee James Toth (b. September 27, 2012); the half-brother of the potential model who became the face of Draper James. The couple recently celebrated their 11th marriage anniversary.

Moreover, she has a half-sister Kai Phillippe-Knapp (b. 2011), from her father's relationship with then-girlfriend model/actress Alexis Knapp. Moreover, her father Ryan was in a 3-year long relationship (2007-10) with Australian actress Abbie Cornish after they met on the set of Stop-Loss.

Reportedly, Phillippe had seen allegations and lawsuits of harassment from ex-girlfriends from Paulina Slagter (a law student whom he dated for 5 years until 2016) and Elsie Hewitt. Well, the cases are now settled.

Career Of Ava Phillippe- Is She Making Her Acting Debut Soon?

Like other star kids, Phillippe is already aware of paparazzi crowds who are patrolling over her personal life. Though few have claimed that she might start acting soon, there is no official confirmation and she seems to continue her studies for now.

The only on-screen appearances Ava made were as a guest on TV shows: The Insider, Extra with Billy Bush, and Entertainment Tonight.

But also fans are convinced, if she is to follow the footsteps of her parents into acting, it would be a piece of cake for Ava Phillippe. Why? Well, she has on-screen proficient blood in her veins and secondly, her famous family influence could catapult her launch in Hollywood.

Thanks to the fame of her mother Reese Witherspoon and father Ryan Phillippe, she sought the approach of modeling opportunities. Also added, Ava has the carbon copy elegance of her mother.

In 2018, the young star in the making made her fashion debut in the lookbook for Rodarte’s Fall 2018 collection, joining the widely recognized figures such as Danai Gurira and Tessa Thompson. Then, later she became the face of her mother's brand Draper James. Moreover, she has represented brands such as Tiffany and Co. and Chanel.

Who Is Ava Phillippe Dating?

Currently, the emerging model is dating her boyfriend named Owen Mahoney, a fellow of UC Berkeley, whom she had met while at the University. Reportedly, the pair have been dating since early 2019.

The two sparked rumors after being spotted packed on a PDA on a beach. Phillippe time & often shares (now deleted) pictures of her boyfriend Owen, whom many fans pointed out the resemblance to Ava's dad.

Though, Ava herself has denied those claims. 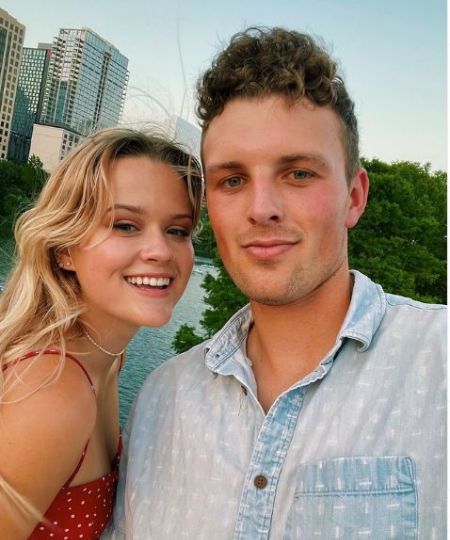 Witherspoon also seems to be very supportive of Phillippe's relationship with Mahoney. Moreover, the Legally Blonde actress made a sweet comment "these two" with a heart-eye emoji on one of her daughter's selfies with her beau.