Is Deacon Phillippe Making His Hollywood Debut? Details Of The Personal And Professional Life Of Reese Witherspoon's 17-year-old Son 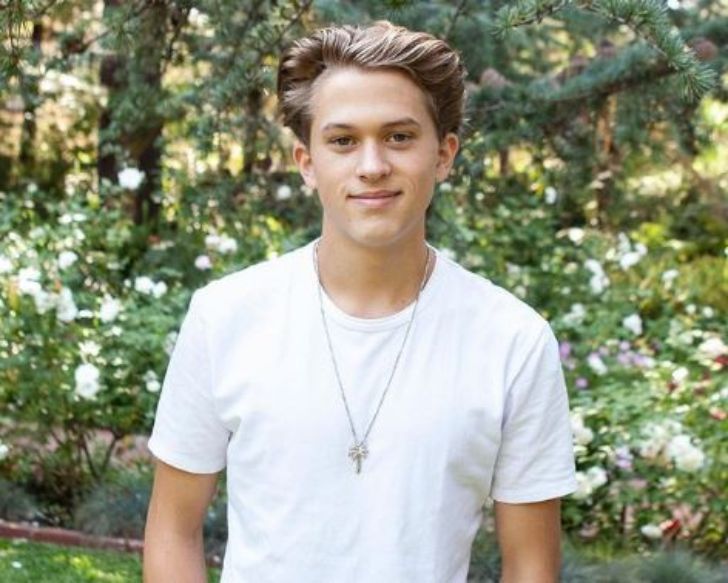 Being a star kid already keeps one in enough limelight, and the surge of curiosity is even more when you are Deacon Phillippe, the son of Academy Award-winner Reese Witherspoon. Currently, in his late teens, the Los Angeles native who already has made baby steps into the music world, has raised the eyebrows of many if he is willing to dive into Hollywood like his parents.

As we are already aware of Reese Witherspoon and Ryan Phillippe's acting prominence, we could expect the same nourishment of on-screen proficiency from Deacon Phillippe. So, what's about his professional update? More about his personal life and family.

Deacon Phillippe Is An Emerging Music Producer- Will He Make Hollywood Debut?

Currently, 18-year-old (as of 2022), young Phillippe, the second eldest child of Witherspoon and Phillippe, is emerging as a music producer, seemingly trying to escape the eclipse of his celebrity parents. Well, in mid-2020, he produced a single "Long Run" featuring the vocal of Nina Nesbitt which ranked Top 20 on iTunes.

Furthermore, after the release of his instant hit Long Run, Deacon received contact from Norwegian music producer Kygo, who not only 'complimented him for his work but also helped him put out the song on Kygo's label.' 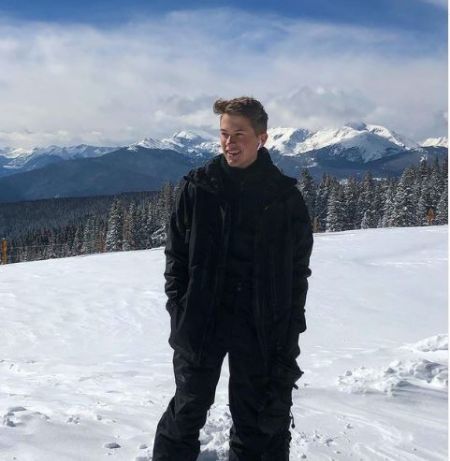 In December 2020, the star kid released another single "Love for The Summer" featuring Loren Gray. After his move from Nashville to Los Angeles amidst the COVID-19 pandemic, Phillippe is exclusively working on his debut album.

Aside from music, the Long Run singer did put some effort into modeling as well; having modeled for Interview Magazine, Prada, and Conserved Extrovert, a fashion line.

While at the moment, he is yet to confirm if he is to make a Hollywood debut, he told the Interview, "That's definitely something I'm interested in" about the acting career. But also pointed out the fact that actors are don't have private lives. We all do agree on that, right?

As of August 2021, Deacon is estimated to own several hundreds of thousand dollars fortune. In 2022, he has not revealed his exact net worth.

Since August 27, 2020, he runs a YouTube channel Deacon Music, with more than 3.52K subscribers as of this writing.

But, not to forget that his lifestyle is indeed a lavish one- thanks to his millionaire parents.

According to Celebrity Net Worth, Phillippe's mother Reese Witherspoon, 45, a 2-time Oscar winner has a net worth of $300 million. On the other hand, Forbes estimated her fortune at around $400 million in 2022.

Mostly, these figures came from her jaw-dropping paycheck from TV as well as movie roles including $1 million and $2 million per episode from Big Little Lies (2017) and The Morning Show (2019) respectively. 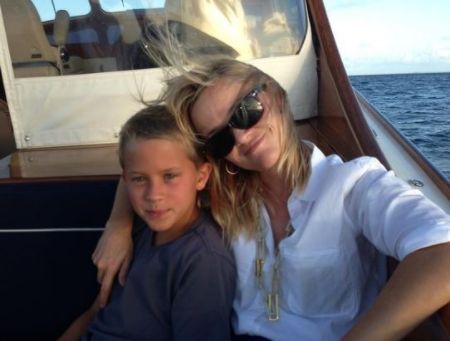 CAPTION: A throwback picture of Deacon with his mother Reese Witherspoon; she is a multi-millionaire SOURCE: [email protected]

The IMDB reports, she took home $15 million for each of the films:

Deacon's Parents Divorced When He Was 5- Family & More About Personal Life!

Phillippe was born on October 23, 2003, in the United States, as the second child of the actor couple: Reese Witherspoon and Ryan Phillippe. He has an older sister named Ava Elizabeth Phillippe (b. September 9, 1999), whose eerily clone-like feature caught her wide attention.

As reported, Deacon's parents met at the 21st birthday party of his mother in 1997 and started dating shortly after. They got engaged in December 1998 and married after 6 months on June 5, 1999. However, after 7 years of marriage, the now-former couple announced their separation in 2006. 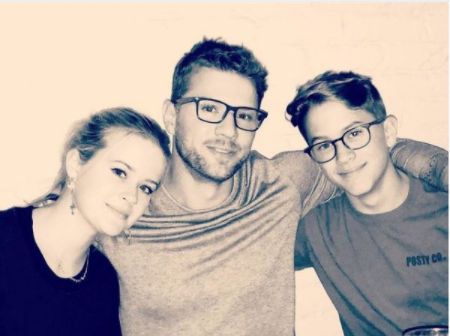 After some brief rounds of the court for dispute on the custody of children, they eventually divorced on June 13, 2008, with an agreement of joint custody. At that time, Deacon was only 5 years old.

Relationship Of Parents Post-Divorce- Do They Have A Good Relationship?

Both of his parents moved on with their new relationships; as a result, Deacon has 2 half-siblings: brother James Toth (from his mother's side) and Kai Phillippe-Knapp (from his father's side). The 5 feet 9 inches tall music producer is close with both his father and mother.

Currently, Deacon Phillippe's mama Reese Witherspoon lives with her second husband Jim Toth, a  talent agent and co-head of motion picture talent at Creative Artists Agency. The two began dating in early 2010 and got engaged the same year. Later, they married on March 26, 2011, and share a son named James Toth (b. September 27, 2012).

On the other, his father Ryan, 47, has been in many relationships since his divorce from Reese. From 2007 to 2010, the Shooter actor was in a relationship with Australian actress Abbie Cornish.

What About the Dating Story Of Deacon Phillippe? Any Girlfriend?

While the media attention hovers around the personal life of celebrities, the star kids are no exception to the prying eyes of curiosity. As for the love life of the rising singer, yes, the emerging music producer is currently dating.

In fact, he doesn't feel shy to express his love for his girlfriend on social media platforms. 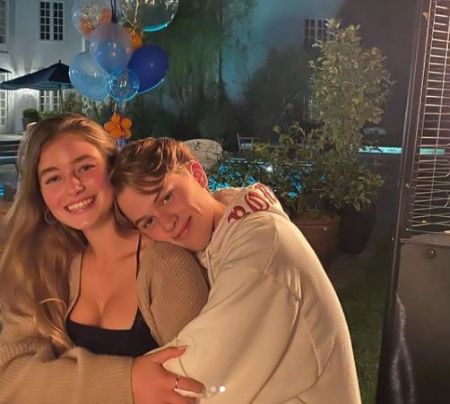 At the moment, he is in a relationship with his long-time girlfriend Marine Degryse. Though they are yet to open up the bottle of secrets that has details of their courtship; about when and how they began dating.

Both of them often mention each other on their Instagram accounts. Deacon first posted a picture of his girlfriend Marine on April 25, 2020, wishing on her birthday on Instagram (@deaconphillippe) with over 375K followers in August 2021. His partner Marine has more than 17K followers on her Instagram (@marine.degryse).