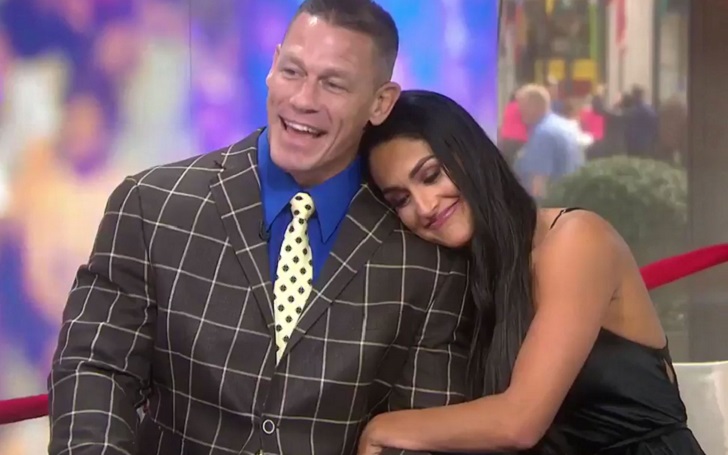 John Cena and Nikki Bella back together at least for a single day. The couple was spotted together for the first time after the split on April 16, 2018, calling off the engagement.

WWE superstar John Cena and his ex-fiancé, Nikki Bella, were spotted trekking down together in San Diego street, 4 weeks after they ended their engagement and canceled May 2018, wedding.  There is amide speculation they are reconciling but the exact date is unclear.

On Saturday, a month after announcing their breakup, Cena made the trek down to San Diego to win ex-girlfriend Nikki heart back, but we know it might take more days. Cena better needs to walk some extra mile to win his lover back.

The estranged couple strolled side-by-side after getting coffee in San Diego where they previously bought a house for themselves before walking down the aisle in May.

A photo obtained by TMZ, the 12 Rounds star was wearing a red shirt and black shorts completing a stylish sports shoes. And the Total Bella star was dressed in a Grey Sweater and sweatpants including red beanie.

Nikki revealed Cena has had a changing heart and he also said in Today show that he wanted to start a family with Nikki and have kids with her but the split drama has made her question on the relationship. She told that John is sweet and she loves him but needs some time to think.