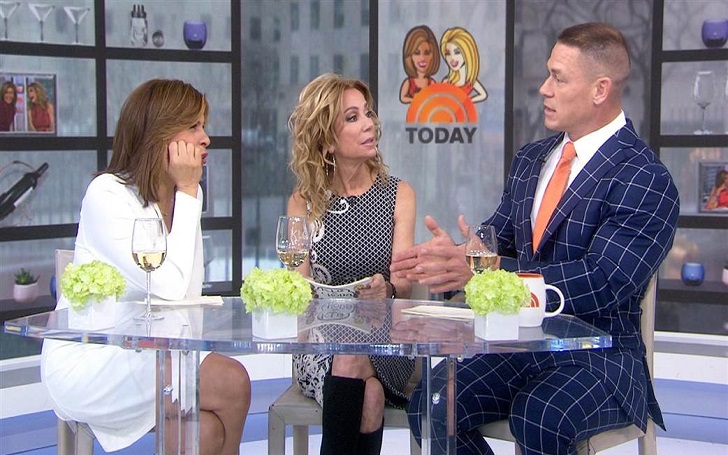 One month after split John Cena said Nikki Bella via Today Show that his heart is broken the day she left him alone to suffer. Expressing his feeling Cena revealed that he wants to reconcile, and wants kids with her.

Kathie Lee Gifford & Hoda Kotb welcomed WWE superstar John Cena in Today Show, who brought both to tears after speaking about his breakup and loneliness.

“It’s been ups and downs,” Cena started in the NBC Morning show.

Blockers star speaking frankly about his split with ex-fiancée Nikki Bella said he had his heart broken out of nowhere. He didn’t stop saying in past or today that he loves his ex-girlfriend. And he is really grateful that he got chance to spent 6 years by her side which he wants to extend for the lifetime.

So we can clearly figure out love for Nicolas is still not dead inside Cena’s heart. The couple who were set to marry on May were engaged nearly for a year before the called off their engagement on April 16, 2018.

Now it’s up to Nikki to accept her ex-boyfriend plea.

Earlier a source also guaranteed they will be back together. Probably the time has arrived but the actual date is unclear.