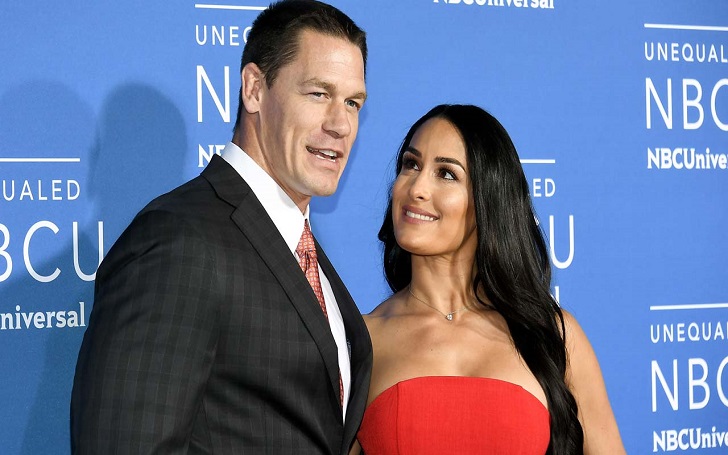 IS John Cena & estranged fiancé trying to tell something to the world?

May 2018 was supposed to be the month the reality star Nikki Bella And Pro wrestler John Cena’s wedding month. But as the couple announced that they called off their April 15, 2018, nuptial plan are now busy sharing the Cryptic message with each other.

After the separation, they have decided to head their own ways with Cena still in love with ex-fiancé. It was really surprising to read his tweet following Bella Instagram puzzling message for him.

“Chin Up Princess Or The Crown Slips,” she wrote.

In her same story, the fans still believe Bella and Cena belong together, where another fan said: “sorry ur nt worth following..Cena made u a house gold name..Talent=0.”

If you choose to keep moving, no matter how low the road takes you, it will eventually begin to climb back up. #NeverGiveUp

Also Read: Who Was More Shocked With Nikki Bella First Marriage Than John Cena, Know Reaction When Found Out

Then Cena wrote, “If you choose to keep moving, no matter how low the road takes you, it will eventually begin to climb back up # NeverGiveUp.”

Also Read: John Cena On How Much He Can Lift At 41, Raw opens With A Tribute To Bruno

The Blockers star also dare to share a Day Zero image, a book written by Kresley Cole about the apocalypse. The only fear is they don’t jump into Twitter Feud, kick-starting the recent secret post.

Cena who admitted last month that he still love and miss Bella now seems to turn furious after reading his Social media post.

Also Read: Brie Bella Opens Up about Her Twin Sister Nikki Breakup Who says John Is Like Brother