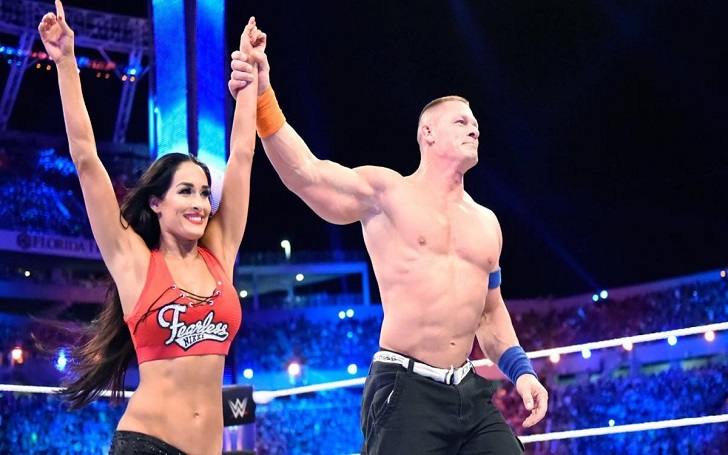 Nikki Bella revealed that it will be better if John Cena had called her instead of going public about their split in TODAYS with Kathie Lee and Hoda.

John Cena and Nikki Bella shocked everyone in the world including the WWE Universe when they called their engagement after getting engagement last year in May after years of dating. Even Cena is confused about the split and state it came out of nowhere.

The WWE superstar revealed on Today’s with Hoda Kotb & Kathie Lee Gifford on Monday episode that he stills love Nicole “It was an unfortunate set of circumstance where our relationship ended.”

In the show, he said he wants to marry Bella, have kids with her and start a family.

The 'Total Bellas' will star on Sunday.

Before the release of Total Bellas third season, the twin sister Nikki & Brie appeared on the Today show to talk about Cena Plea on Monday episodes. Nikki speaks about ‘Total Bellas’ and how she felt about Cena emotions.

Also Read: John Cena And Nikki Bella Will Guarantee Get Back Together, Tweet & Source Says

She said Cena is an amazing man who says they are just friends now. Before she gets married to Cena in future she wants to have some time to work on herself so that she can take the marriage vow without any hesitation.