Home Gossip The WWE Couple, John Cena and Nikki Bella Are Together Again, John Wants to have Baby, Know all

The WWE Couple, John Cena and Nikki Bella Are Together Again, John Wants to have Baby, Know all 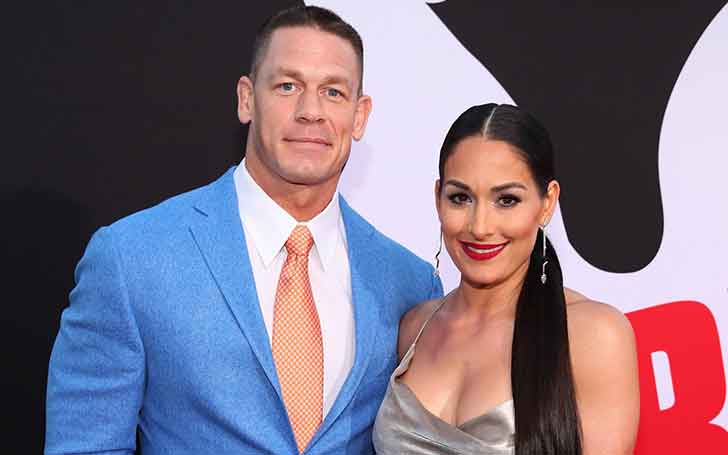 "She turned his can't into cans, And her Dreams into their plans", And they are nonother than the WWE couple, John Cena and ex-girlfriend, Nikki Bella. Looks like John is changing his tune and does not want to lose his love, Nikki.

John and his ex-fiance, Nikki broke up recently due to the baby plans issue between the couple. But, it seems like, John changed his future plans. Read the full article to know all about John Cena and his plans about having babies. Stick with us.

John Cena Wants to Be a Dad of Nikki' Children

John being the pro wrestler, fatherhood had never been a major part of his life plan. As his on-and-off ex-partner, Nikki Bella told a gossip monger, after getting engaged, a year ago, "Now getting married I don't even have hopes of a kid". However, she comprehended and acknowledged his long-lasting position regarding the matter.

Also Read: WWE Superstar John Cena And Nikki Bella Back Together For First Time After Calling Off Wedding in April 2018

Eventually, after a year and broken engagement later, Cena has opened his eyes to have little ones.

Youtube: John Cena Wants to Be a Dad, Life Exists Outside of Work;

"Of course I would love to be a dad,"

By the way, that's an about-face for me and I realize very much that I have been steadfast in saying that I don't want children, but I'm a little bit older now, wiser.

As the reality star kept clarifying, "At age 18, we say things different [sic] at age 25, at 35. I would love it only because I dedicated my life to my work and now I am realizing that there is life and life exists and it's beautiful and I think the part of that is being a parent, so we'll see."

John Cena And His Future Plans

With respect to whether John would give his future youth a chance to follow in his wrestling strides, he is cheerful to help any of his potential children's fantasies.

"I don't know what I would do if my parents hadn't supported my career, so would I allow my child to chase their dream is essentially what you're asking me? I think that's what life's all about," he replied with a wink.

In spite of the fact that he's semi cleared up his plans for the future, his personal life is as of now in limbo since his split from Bella in April.

CAPTION: John Cena Wants to Be a Dad, Life Exists Outside of Work SOURCE: People

However, two weeks after an open affirmation of affection from Cena on live TV, the two were seen together in San Diego and Bella's rep told E! News a week ago, "Nikki Bella and John Cena are working on their relationship and taking it day by day. They appreciate all of their fans and their continued support."

Also Read: John Cena And Nikki Bella Will Guarantee Get Back Together, Tweet & Source Says

As Cena affirmed to the paparazzi on Sunday night, they talk to each other constantly.

"We're closest companions," he said. Concerning an inevitable stroll down the aisle together, Cena included, he would like to do it in a right situation.

Hope the WWE Royal sort out their problems soon and get back together.