Home Gossip Taylor Lautner Is Engaged; Who Is His Fiancée? His Past Relationship And Affairs

Taylor Lautner Is Engaged; Who Is His Fiancée? His Past Relationship And Affairs 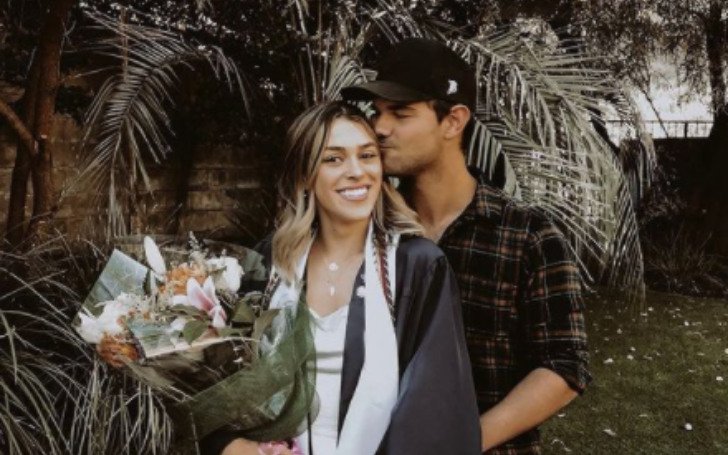 The 29-year-old actor has been dating girlfriend Dome since 2018 and popped the question on a romantic set up on 11th November 2021. The news was announced via Lautner's Instagram with the caption "11.11.2021. And just like that, all of my wishes came true".

Twilight star is officially engaged to girlfriend Taylor 'Tay' Dome as of 11th November 2021. The couple announced the big news via their official Instagram profiles with photos from the romantic setup. 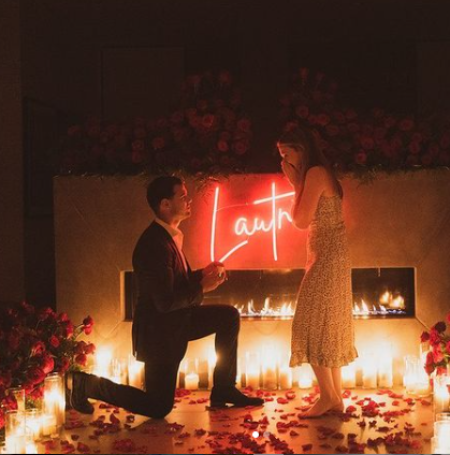 In the photo, we can see Lautner and Dome surrounded by rose petals and candles and him on one knee while holding a tiny ring box in his hands. He proposed to the love of his life with a custom-designed oval-cut diamond ring in an all-platinum pave by Ring Concierge.

Lautner's sister Makena Moore commented on Dome's post and expressed her excitement saying "I'M FINALLY GETTING A SISTER!!!!!!!!!" while several other celebrity friends and fans congratulated them.

Lautner & Dome's Relationship Journey: When Did The Couple Start Dating?

Taylor and Dome sparked dating rumors back in 2018 after attending a wedding together. The couple addressed the news via Instagram with a picture of them wearing a matching Halloween outfit.

Since then, they've been posting pictures of them on one another's social media profiles and keeping their fans updated about their love life.

Back in March, Lautner posted a series of pictures of Dome and the two of them together wishing her a happy birthday writing:

"Happy Birthday to this human from another planet. You are the most amazing soul I've ever had the honor of knowing, I strive to be more like you every day. This is going to be your best year yet and I can't wait to experience it with you. Love, boy Tay."

Fun Fact: Taylor Lautner confirmed that "Back To December" by Taylor Swift is about their breakup.

Who Is Lautner's Fiance Taylor Dome?

After high school, she enrolled at the College of the Canyons in Santa Clarita from where she graduated with her nursing degree in 2020.

As of 2021, she works as a travel nurse and an influencer. She has over 170k followers on Instagram and over 8.41k subscribers on her self-titled YouTube channel. 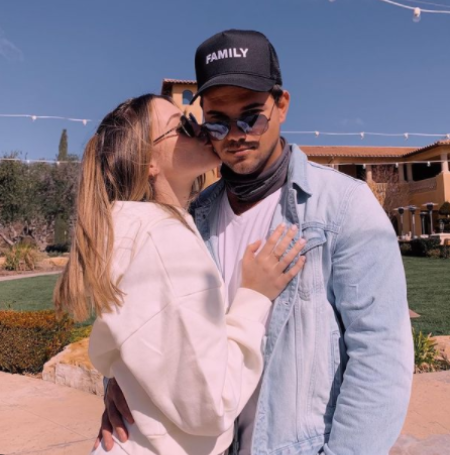 While on the other hand, Launer began his professional career in 2001 with small television and film roles, and commercial ads.

According to Celebrity Net Worth, Lautner's fortune is estimated at around $40 million as of November 2021.