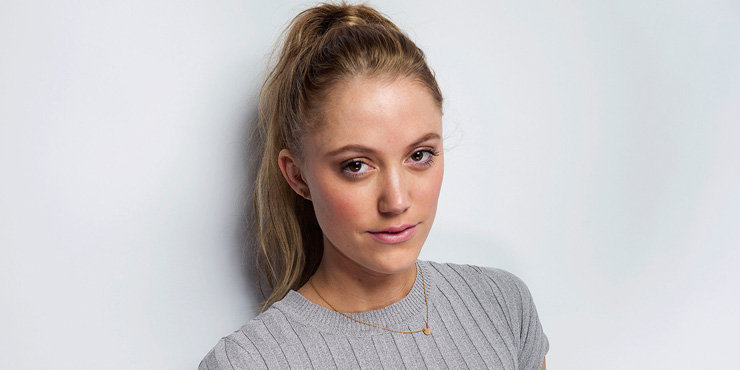 Looks like Actor Liam Hemsworth has a hunch for his co-stars. If reports are to be believed, the Hunger Games Star has found new love with his hot Independence Day: Resurgence co-star Maika Monroe. The two have been frequently spotted getting hot and naughty with each other and it looks like they have taken their on-screen reel romance to real-life romance. If insiders are to be believed, the two have been spotted spending a lot of time outside as well.

Besides just hanging out on sets, Hemsworth, 25 and Monroe, 22 have been photographed grabbing cold drinks in Malibu and even attended a July 4th party together over the weekend. And, they were having great fun. An eyewitness was quick to report to the US Weekly,

“His hand was on her butt as she was grinding into him and they were making out at the bar.”

Maika and Liam are both starring in the upcoming Independence Day sequel, and interestingly haven’t been able to hide their attraction for one another.

“Everyone’s noticed their mutual affection,” OK! Magazine reports. “Maika is smart and down-to-earth and has a zero-drama personality, something Liam was attracted to immediately.” The duo certainly seems to be going strong.

Maika Monroe, a kiteboarder turned actress, was born in santa Barbara, California. Initially born as Dillon Monroe, the actress, who stands at a height of 5’6” later changed her name to Maika. After making her acting debut in the At Any Price , she has gone on to make appearances in The Guest and The 5th Wave. She is reportedly playing the character Mae Whitman in her coming movie Independence Day: Resurgence.

It’s certainly a good sign for Liam. After dating his Last Song co-star and pop Singer Miley Cyrus back in 2013, he was not involved romantically. The actor, who is of Australian nationality, had begun dating the Wrecking Ball hitmaker Cyrus after they met on the sets of the movie in 2009. The two had spent much time with each other and in 2012, it was reported that Liam had proposed the Disney superstar. However, any possible relationship was ended just after a year following months of speculations. Nonetheless, the two have gone on to their own separate ways with both finding new love life.

Gossips were abuzz regarding Miley’s reaction after the recent relationship of Liam and Maika came to light. The singer however appears unaffected. After all, Miley’s too busy with her own. Any doubts regarding a possible relationship with Stella can be further questioned as the two put their sizzling sexual chemistry on display once again when they dined at Cocina Condesa. Insiders report that Cyrus and her girlfriend could hardly contain themselves during their feast of Mexican food. The couple showed off major PDA in front of the entire restaurant, an eyewitness told Us Weekly. “They could not keep their hands off of one another,” the source said, adding that Miley and Stella were “whispering into each other’s ears, laughing, smiling, and genuinely having a good time together.”

If reports are true, then it’s only matter of days before we see Actress Monroe posting pictures of her and Liam on Instagram and Twitter. The former kite-surfer has had her shares of famous relationships as well. In May 2013, it was rumored that she was dating her At Any Price co-star Zac Efron, and just weeks later, she was photographed cozying up to Taylor Lautner at a Los Angeles Dodgers game. Not a bad list of boyfriends?

Nonetheless, the two appear to be happy alongside each other and hope that there off-screen romance blossoms in the future.