Reese Witherspoon, 36, And Husband Jim Toth Celebrated 11 Years Of Togetherness!! Let Us Go Through Their Relationship 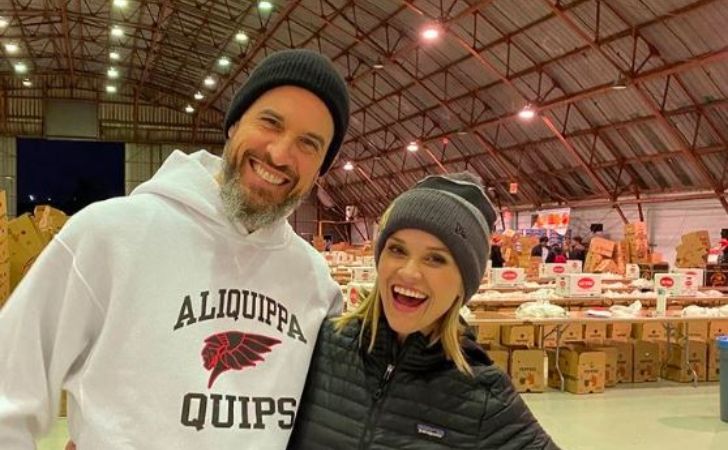 Walk the Line actress Reese Witherspoon hit another milestone with her longtime husband Jim Toth on 26th March as they celebrate their 11th wedding anniversary.

While many give up on one another when things turn out to be rough, well Witherspoon and Toth have been going stronger each year. The Oscar-winning actress posted a series of pictures with her husband on IG and captioned it "Happy Anniversary JT!! 11 years of adventures, love & laughter,".

Here we will look more into the couple's marital life. Also know more about Witherspoon's past marriage.

Big Little Lies actress wished her hubby Jim with a three-picture series post on Instagram which she captioned, "Happy Anniversary JT!! 11 years of adventures, love & laughter. I feel so lucky to share this wonderful life with you." with red heart emojis. 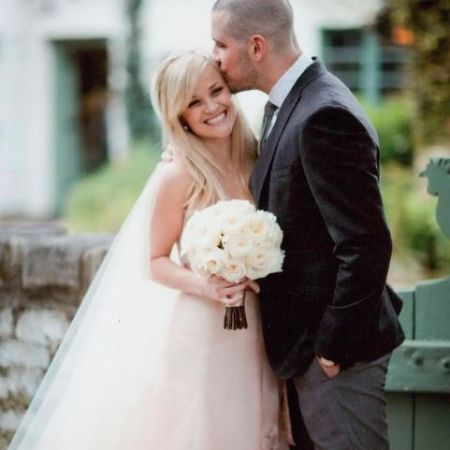 Her fans, followers, colleagues, and family also wished them a 'Happy Anniversary' sending them good wishes from all around the world.

According to various online sources, the lovely couple began dating in February 2010. They dated for a while and became engaged less than a year in December. Similarly, they exchanged their wedding vows on 26th March 2011 in Ojai, California, at Libbey Ranch in a California ceremony.

Back then, Witherspoon owned the Libbey Ranch which she later sold. If you don't know yet, Toth is a talent agent and co-head of motion picture talent at Creative Artists Agency.

The pair shares a son named Tennessee James Toth who was born on 27th September 2012. Tennessee will turn 10 in 2022. He is the first child of Toth and the third child of Reese.

Who Was Witherspoon Previously Married With?

The Wild actress was previously married to actor Ryan Phillippe who is best known for One Life to Live, Crash and Stop-Loss.

The former couple first met in 1997 at Reese's 21st birthday party. Their chemistry hit it off right away and the pair started dating shortly after that. 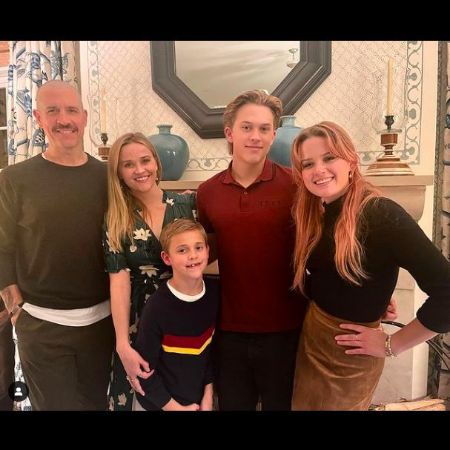 CAPTION: Witherspoon with her husband Jim and their children Tennessee, Ava, and Deacon SOURCE: Instagram @reesewitherspoon

Two years later, they tied the knot on 5th June 1999 at Old Wide Awake Plantation in Hollywood, South Carolina. While they were together, Reese and Ryan welcomed two children, daughter Ava Elizabeth Phillippe b. 9 September 1999 and son Deacon Reese Phillippe b. 23 October 2003.

Sadly after seven years of marriage, then husband-wife announced their separation on 30th October 2006 and Witherspoon filed for the divorce on 8th November 2006.

Their divorce was finalized on 5th October 2007 citing irreconcilable differences. Likewise, the final divorce arrangements were settled on 13th June 2008 with Phillippe and Witherspoon both sharing joint custody of their children.