Home Gossip Ryan Phillippe Denies about his Dating Rumors with Kety Perry, Know about about his Affairs

Ryan Phillippe Denies about his Dating Rumors with Kety Perry, Know about about his Affairs 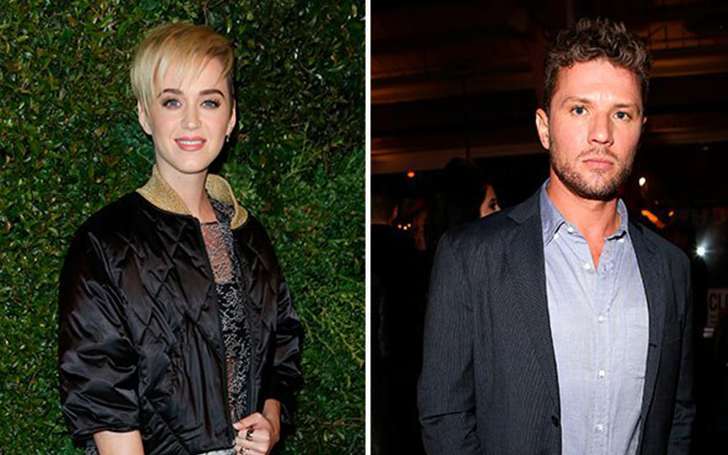 Ryan Phillippe is an American actor, director, and writer, best known for his role in the films like Know What You Did Last Summer, Cruel Intentions, and 54. The 42-year-old American actor first became famous after appearing as Billy Douglas on the soap opera One Life to Live.

The famous American actor Ryan is often talked about his personal life and relation with his girlfriends. Currently, he is rumored dating a famous American singer and songwriter Katy Perry. But, the American star readily denied the rumor. Let's know in details about it.

The famous stars and celebrities are often rumored to involve in the love affair with their co-stars and fellow workers. Similarly, Ryan is currently been rumored to be in a relation with Katy Perry. However, it is not the first time he is rumored to be dating.

The rumor started to spread after they bumped into each other at Elton John's 70th birthday bash the last month. The actor, previously married to Oscar winner Reese Witherspoon, met the singer at the party in Los Angles in March. The eyewitness claimed

She was totally giggling and at one point he had his hand on her knee. Then he took off but came back late with for more flirting!

The frustrated Ryan, however, readily denied the rumor as he came to know about it. After the rumor started swirling the media, he falsified the rumor. He took his Twitter to make the rumor false.

I AM NOT DATING KATY PERRY. BARELY KNOW HER. PLEASE STOP FLYING HELICOPTERS OVER MY HOUSE. SHE IS NOT HERE.

The famous Catch Hell star Ryan is currently living a single life and he also seems happy with his current relationship status. But he involved in a number of love relationships in his past life. He was recently spotted dating Paulina Slagter with whom he also engaged but he later called off his engagement.

The American arising model Paulina Slagter and Ryan started dating in 2011. They became engaged in December 2015 after being in a relation for over four years. The couple was believed to get married soon but they later called off their engagement within a year.

Also Read: Is Abbie Cornish dating anyone after boyfriend Ryan Phillippe. Or she is married to a husband? Know all

Ryan was in a long term married relation with his ex-wife Reese Witherspoon. Ryan and Witherspoon married on June 5, 1999. They married at Old Wide Awake Plantation near Charleston, South Carolina in a small ceremony.

Witherspoon was 6 months pregnant as she became Ryan's wife. She gave birth to their daughter Elizabeth Philippe in September 1999.  The couple later gave birth to a son Deacon Reese Philippe. After over 6 years of marriage, they announced their separation in October 2006.

Ryan also dated a few number of other girls in his past days. Some of the famous girls he dated in the past includes Ashley Greene, Rihanna, Jessica White, Nikki Reed and some other more. He also dated an Australian actress Abbie Cornish during 2007. however, he later split with her in 2010.