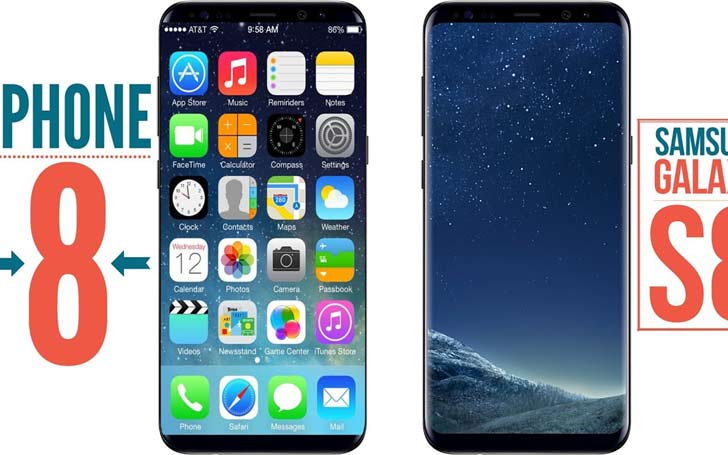 The battle between the two mobile giants; Apple and Samsung, have always been interesting. Both the tech giants seem to have overdone with their product this time.

With the official release of highly anticipated iPhone X in November almost seven months after the release of Galaxy s8, let's know who has gained the power?

Both mobile phones come with a massive price tag, and when you buy a phone which costs you an arm and a leg, you expect it to do everything. So which one of them surpasses our expectations and of course, we would ultimately tell you which one to buy and within your budget?

First, let's examine the designs of two most high-profile, super-expensive smartphones. Over the years, every smartphone companies tried to design their model for a more futuristic look or an infinity display but with not much success.

There was not much significant difference when compared to their previous one. However, this time we are glad to inform you that Apple has finally done it. The year 2017 will be remembered in the history for the year the smartphones got their futuristic look. 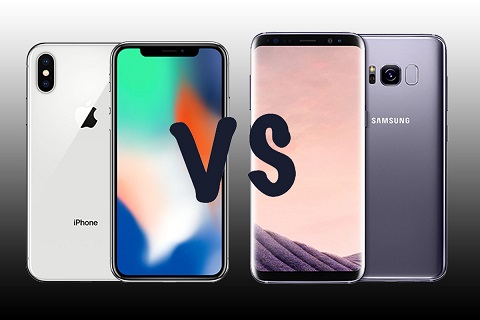 While both have opted to go for a smaller bezel around its screen, iPhone has gone a step ahead by removing its home button. Yes, no home button so that user can get a full-screen experience.

Some iPhone users might have a hard time trying to figure how to get back to the home screen at first, but after getting used to the new home button which is a line at the button, you would forget the old home button.

Must read: Is it Really Safe to use Samsung and Apple Phones? Find out their SAR value 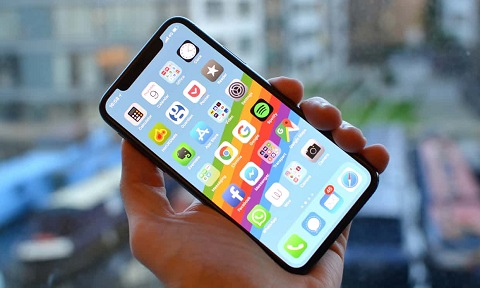 Not only that, iPhone even has ditched a fingerprint scanner. Now your face is the new password for your new iPhone, and yes there has been Face ID facial recognition in the past too, but there has never been an effective one as Apple has come up with.

An infrared camera along with a dot projector and infrared light is used for mapping your face. You must try iPhone x facial recognition, and you would be amazed by its speed and accuracy.

S8 still has a fingerprint scanner but this time on the back as there's barely a place for it. It also features an iris scanner which unfortunately Apple has not integrated still.

Another new addition to the iPhone family is stainless steel body, unlike other versions which were all aluminum bodied. While S8 weighs 19 grams less than iPhone X, it definitely is a great improvement compared with its earlier versions, 28 g less than iPhone 8.

Both come with the same size screen of 5.8, but there's a difference. While S8's screen is built with super AMOLED, on the other hand, iPhone decided to just go with OLED. Also, Samsung's s8 screen has higher resolution than iPhone X; S8 comes with a 2960×1440-pixel screen with a pixel density of 570ppi while X comes with a 2436×1125-pixel screen with 458ppi pixel density. 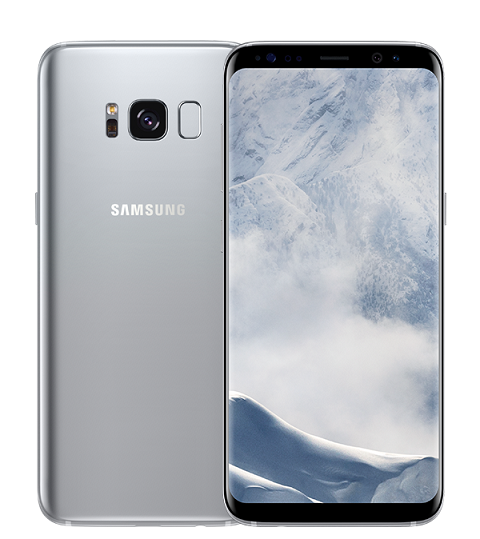 With no home button and a state of the art face ID, Apple definitely is back in the game but it comes with a price. There's a cutout in the display; the so-called notch on the top of the screen which consists of sensors for the TrueDepth camera system which also assists Face ID. This overall makes the full-screen experience kind of incomplete, especially when you are watching a movie in full screen.

And there was a dab of hope that Apple would build an earphone jack but as they say, don't expect more. No headphone jack for iPhone fans again!

Apple has always been famous regarding the battery area and as they say in theory the higher the resolution, the shorter the battery life but, the crisper the display. As mentioned before S8 has higher resolution, it is expected that S8's battery has a shorter life with 3000 mAh and it proves to be true in reality too.

iPhone X battery lasted around 30 hours between charges after five hours listening to music on Bluetooth headphones, a short game, taking about ten photos and an hour of Netflix as opposed to the S8 battery which only lasted around 24 hours with similar types of activities running.

Both top-of-the-line smartphones are built with a glass body on the back which means wireless charging, but wireless charging is not so fast as compared to cable. iPhone users can fast-charge from a USB-C power adapter, but sadly they have to buy it separately.

In case of S8, the chargers come along with the phone. S8 supports Qualcomm’s Quick Charge 2.0 which means you can fully charge your S8 around 90 minutes

Previous versions of iPhone; 7 and eight really impressed with their cameras. On the other hand, the Korean mobile phone company was already known for its high-quality pictures. Both smartphones feature a rear-facing 12 mp camera with OIS, but iPhone X has a dual 12 mp camera.

In addition to that, Apple has also included some seriously impressive-looking portrait mode features that allow you to adjust the amount of lighting your phone receives plus you can even erase the background of an image entirely so that the pictures look like they are taken by a professional. 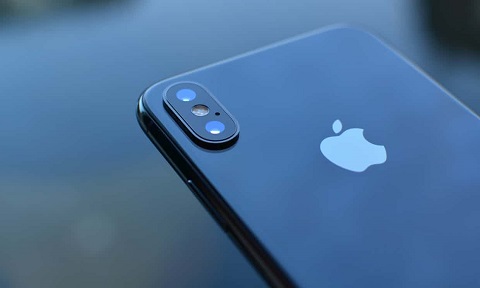 On the front, iPhone X has a seven mega megapixel camera while S8 has an 8 megapixel and 12 megapixels on the rear.

Packed with an A11 Bionic processor with four low-power cores and two high-power cores, iPhone. On the other hand, S8 is powered by octa-core Samsung Exynos 8895 or octa-core Qualcomm Snapdragon 835.

Then there is the RAM. It's amazing how Apple has made it this far with less RAM and still able to compete with smartphones with more RAM. Probably that's why iPhone X still owns a three GB RAM while S8 has four GB.

According to the Guardian, S8 supports the new cat 9 LTE – the fastest of 4G technologies currently available only through EE, which only a few in the market can boast. Also, it also supports the new Bluetooth 5.0 standard.

Another amazing feature is it allows you to play sound from two apps to separate devices simultaneously. For instance, you can play a song in your room with the phone's built-in speaker while your friends can enjoy music in the next room through a Bluetooth speaker. How amazing is that!

iPhone runs iOS11.1, almost similar to its previous versions however there are few differences from regular iOS. One is the keyboard. Unlike other iOS, it floats about the width of your little finger up the screen leaving a large grey area below.

Another noticeable difference is the status bar on the top is not there anymore with location indicator is on the left, while battery, wifi, and cellular signal indicator are on the right side. But there are no more rotation lock, Bluetooth, alarm and battery percentage indicator on the screen. For notifications, you have to pull anywhere just left of the cellular signal similar to Android. 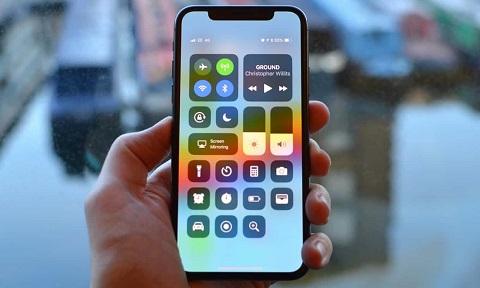 S8 meanwhile runs Android 7.0 Nougat along with some customizations, called "Grace UX." There are a number of options available you can do with it. Like you can choose to make the home button appear all the time or not and even skip the lock screen too.

One new feature called Snap window is quite interesting. Unlike its counterpart iOS, Android on S8 allows you to play a video at the top of any other content while in a split-screen layout. You just need to highlight the part of the screen containing the video. Now that's an interesting feature.

Must read: Five Facts You Need to Know about SAMSUNG 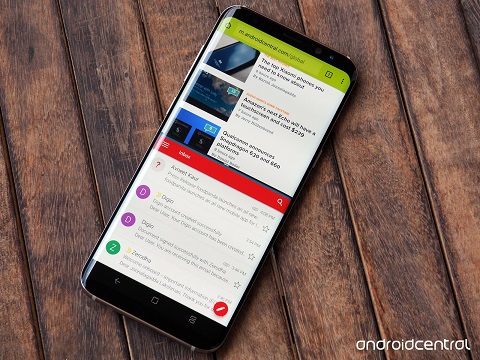 You obviously have heard of the epic Siri failure. Whether Apple has made some serious modifications to Siri is not known yet but S8's Bixby, the first ever Samsung's smart assistant is also not a success at all.

Bixby overall seems to be a poor imitation of Google Assistant’s feed. Both need to make improvements in that area. Well in some area, both seem to share a common thing, this one and another is both are waterproof.

iPhone X comes in two versions; 64 and 256 GB while S8 comes only in 64 GB storage but have an additional MicroSD slot if you need some extra storage. But iPhone X storage is not expandable. If you need large storage, you have only one alternative: iPhone X 256 GB.

Which One to Buy?

Finally, it comes down to price. The new iPhone X with futuristic theme costs you £999 while the Galaxy S8 can be bought for as “little” as £689. So which one you should buy.

Honestly, if you are a die-hard Apple fan and don't mind sparing a few thousand bucks on the phone, you definitely should buy iPhone X because this might be the one phone that might be remembered in the history for its futuristic design.

But if budget is a problem for you and design is not a big factor for you, S8 is the best alternative available in the market. When you can experiment all the amazing features and flaunt in front of your friends why need to pay more for the appearance.