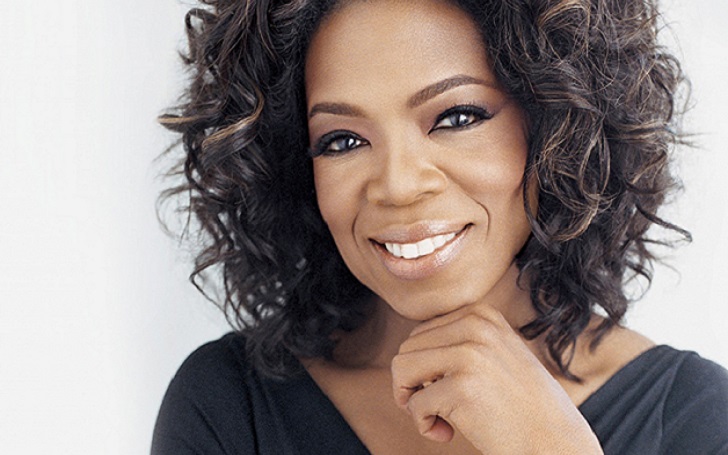 Last fall, Oprah Winfrey spoke with 14 Michigan voters, seven of whom voted for Donald Trump. Winfrey sat down with the voters again to get their thoughts on Trump's first year in office. https://t.co/fvItU7cDJN pic.twitter.com/XLC09keC0k

When the CBS’ 60-minute program was watched by President Trump the reactions were really shocking. Moreover, Trump added hope she will face him in the 2020 election. And Trump wants Oprah to defeat so that she realized the fact like others.

“Just watched a very insecure Oprah Winfrey, who at one Point I Knew Very Well, Interviewed, a panel of people on 60 Minutes. The question were biased and slanted, the facts incorrect. Hope Oprah runs so she be exposed and defeated just like all of the others!” 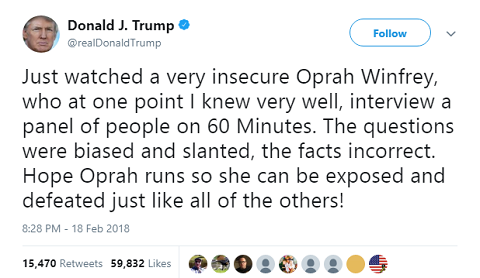 Oprah has revealed to several media outlets that she will not run for president but has considered it, after a wide media speculation.

The interview covered from the voter saying “All he does is bully people” to “I Love him more & more every day”.