How Media Mogul Oprah Winfrey Became Filthy Rich? Explore Her Net Worth And Journey Of Her career; Right Here! 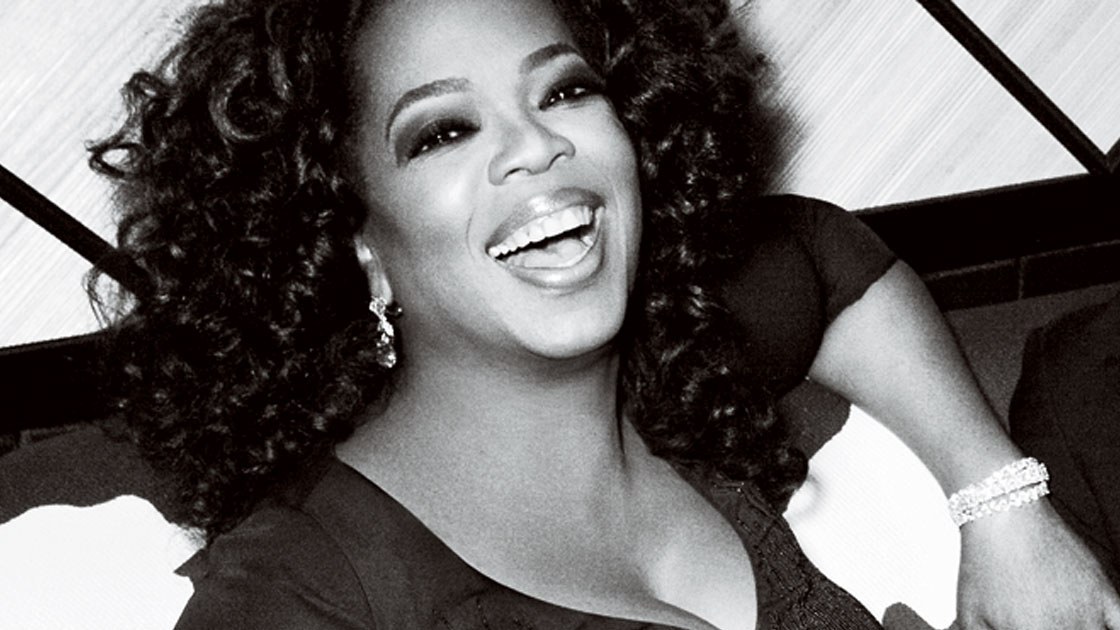 Turn your Wounds into wisdom as Oprah Winfrey said. For those few people, who have not watched The Oprah Winfrey Show, she is a media personality, TV host, actress, producer, philanthropist and the list goes on.

Nevertheless, Oprah Winfrey became a billionaire with a net worth of whopping 3.1 billion dollars despite being born in poverty that she had to wear a potato dress. Stay on the page to know her incredible story. We bet you will get inspired.

Oprah First, 'People are Talking' to 'The Oprah Winfrey Show'

Oprah Gail Winfrey, unlike other rich billionaires, made money by herself. Hence the ninth richest self-made woman, according to Forbes. Let's know her rags to riches story. 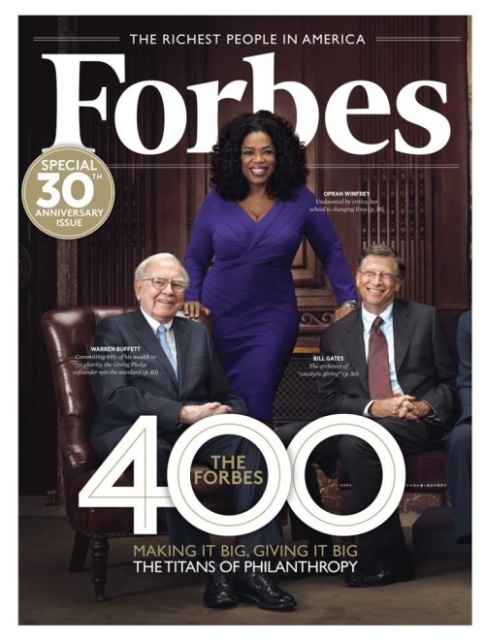 It all started in the 1970's when Oprah Winfrey first got transferred to a new show, People are Talking. Apparently, because she was too emotional for a news co-anchor and reporter. 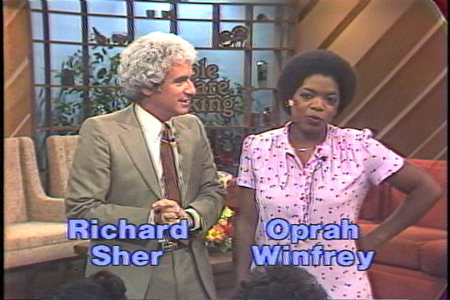 Nobody thought Oprah could be a match for Phil Donahue, a famous TV host at the time, let alone a black female breaking his show ratings. Moreover, the media was then dominated by white men.

Oprah Winfrey proved everybody wrong when the show broke Donahue show's record as the highest-rated talk show in Chicago.

Her grandma recognized small Winfrey's talent before anyone. She told Oprah owned the stage once she could talk. Time magazine even wrote praising her as

What she lacks in journalistic toughness, she makes up for in plainspoken curiosity, robust humor and, above all empathy. Guests with sad stories to tell are apt to rouse a tear in Oprah's eye .They, in turn, often find themselves revealing things they would not imagine telling anyone, much less a national TV audience.

Thus started her never-ending journey to stardom and fortune. So there you go; produce and hosts your own show.

Not that fast, folks. You gotta be emotional and learn the game of giving and taking empathy but she was a natural. 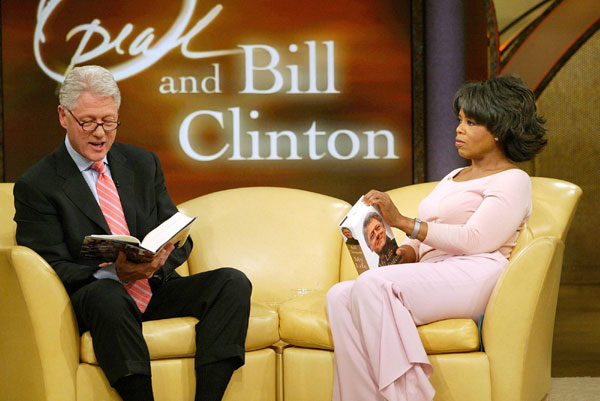 Although this show was the ace card that flooded her with money along with fame there are still other cards left to unfold.

Oprah is admired by many people as an influential woman who rose from rags to riches yet stayed true to her ground. This nature of hers added essence to her core values.

Oprah, the Cable Queen started her own Channel

After her successful show, multimillionaire Oprah bought the ownership of "The Oprah Winfrey Show," the main source of her wealth, generating $300 million a year during its peak.

The queen of daytime, Oprah started her own production in 1988 called Harpo in addition to her channel but later she sold it in 2016. She ran The Oprah Winfrey Show in Harpo studios from 1990 to 2011. 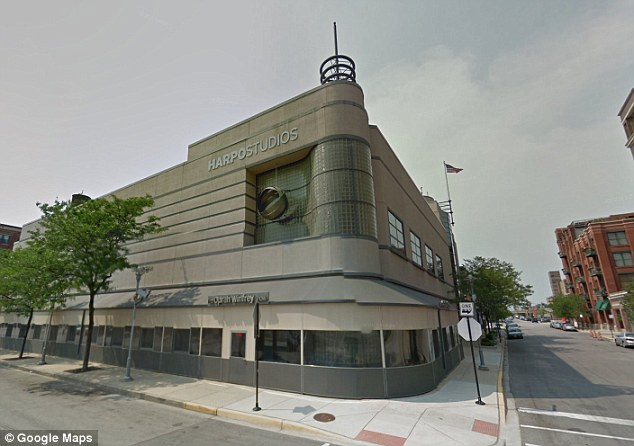 Did you notice anything interesting behind the name, Harpo? Spell Oprah backward! LOL. Her name Oprah was also an accident. Her original name Orpah was actually misspelled.

The Angel Network collected millions of dollars and in turn granted a $100,000 'Use Your Life Award' to people who dedicated their lives to improve the life of helpless people.

See the video here on Hitberry.

In 2000, Oprah owned a magazine, O The Oprah Magazine which was selling 2.5 million copies on an average. 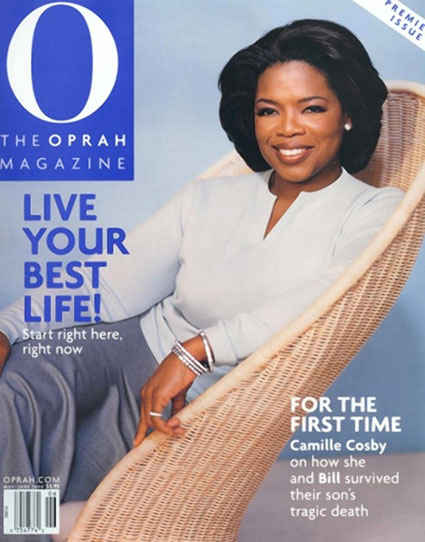 The first Cover of O Magazine in 2000 Source: etonline.com

In 1985, Winfrey co-starred in the movie, “The Color Purple” for which she even received an Academy Award for Best Supporting Actress. 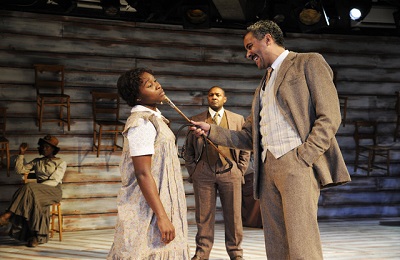 All her possessions, wealth and incomes combined together earned her more than $225 million a year. Later Oprah Winfrey also organized a Book Club, co-authored a bunch of books. 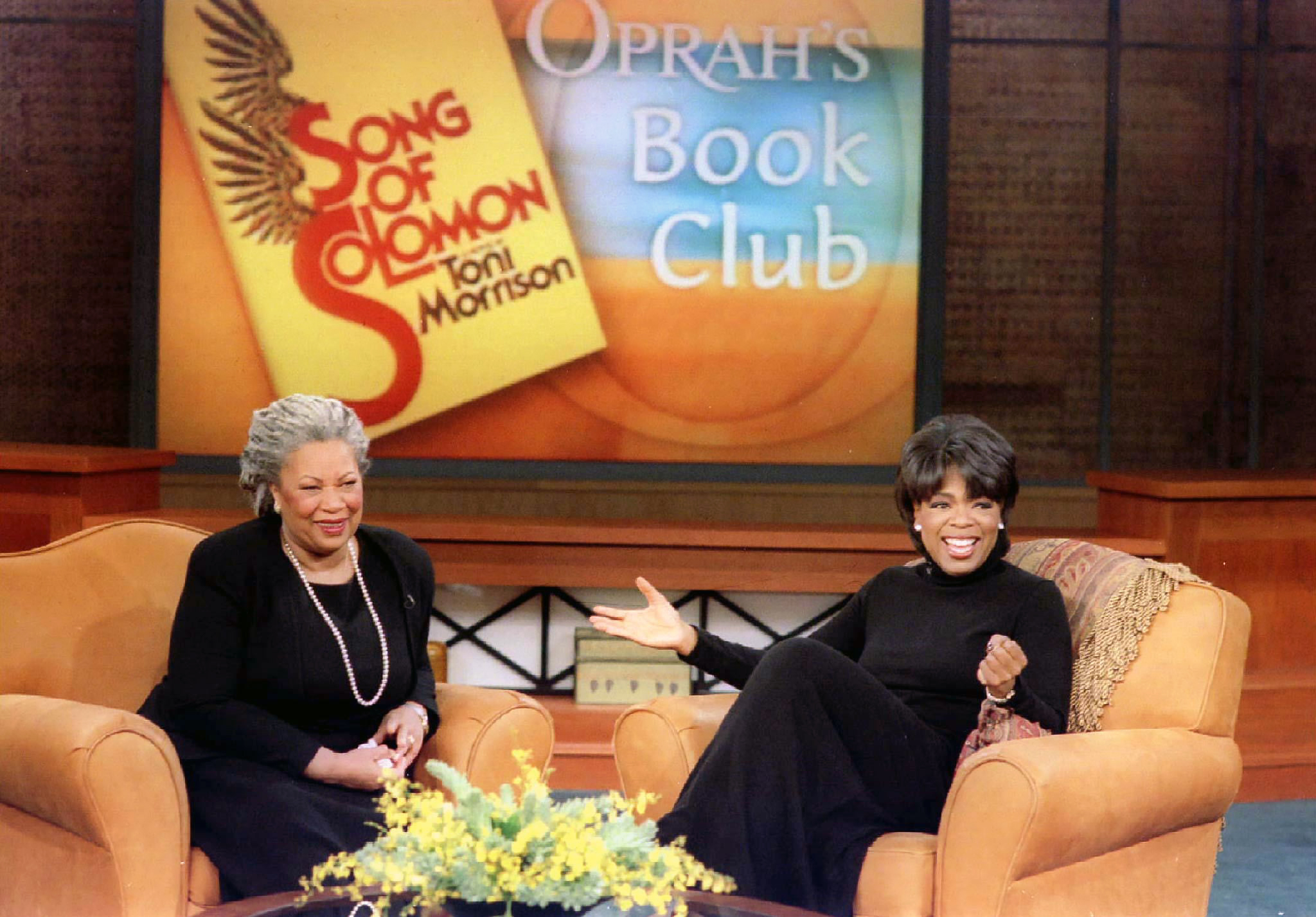 At the same time, she also ran "Oprah & Friends", a new 24-hour channel and launched her own official website. Oprah.com. 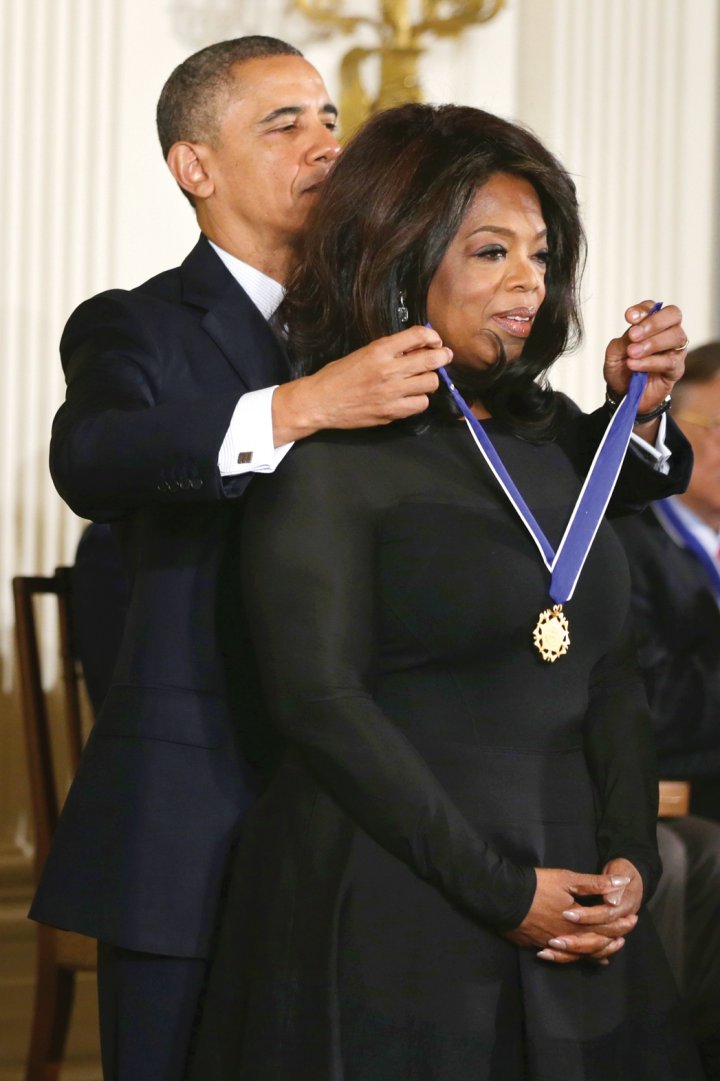 In 1995, she became the richest woman in entertainment. Her net worth at the time had soared to $340 million, not so far being a billionaire.

As if the entertainment mogul did not own enough channels, Oprah added another channel called OWN: Oprah Winfrey Network in 2011. 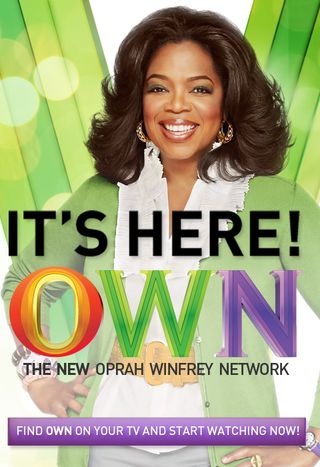 Despite all these multiple sources of income, her major share came from her hard work or in her case, talk shows.

Oprah, the Self-made Woman Creates Her own Promised Land

Born Kosciusko, Mississippi, Oprah Winfrey was bullied by her friends and traumatized because of her poverty. But look at her now.

Oprah is richer than Michael Jordan, Tiger Woods, and Will Smith combined. Why, she is the first black woman billionaire, after all. Check her Forbe's profile.

Given the trouble, she had to go through, sexually abuse and molestation and early pregnancy, Oprah knew many other women were also experiencing the same. She understood that the only one thing that could change this is education. 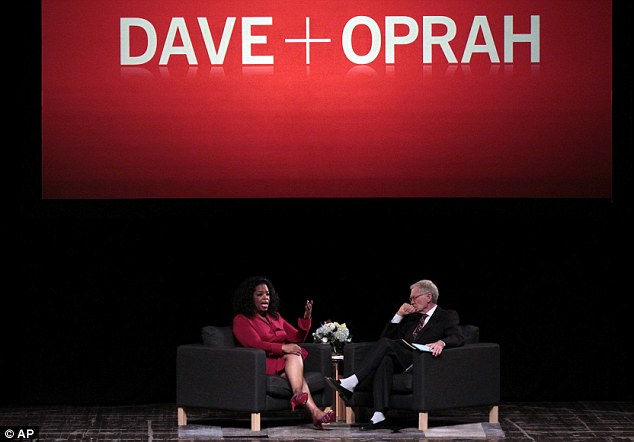 Oprah interviewed by David Letterman as she opened about her traumatic childhood
Source: dailymail.co.uk

Oprah gave her $40 million to build a school for girls in South Africa: the Oprah Winfrey Leadership Academy. She has donated time and again, giving millions away to several charities too. Hence she is a giver too.

Here's a video how the school changed the lives of many African girls.

But what is the use of being filthy rich when you can't use some for your luxury after all you got one life to live? Oprah is well aware of that.

As a matter of fact, she travels around the world in her own $42 million, custom-designed Global Express XRS jet. 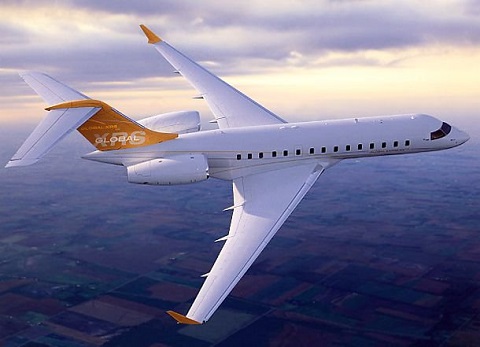 Similarly, Oprah has been living in a $52 million Montecito, Calif., estate, since 2001 which includes a teahouse. The gardens of the promised land as she calls are said to have filled with a new rose hybrid produced by her gardener over five years period. 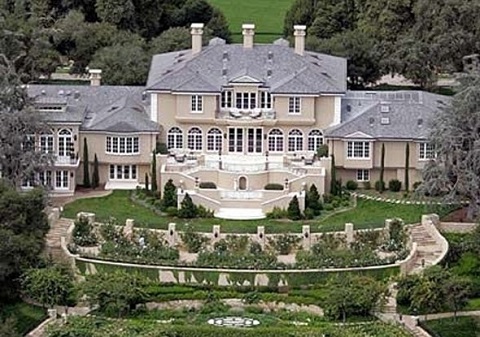 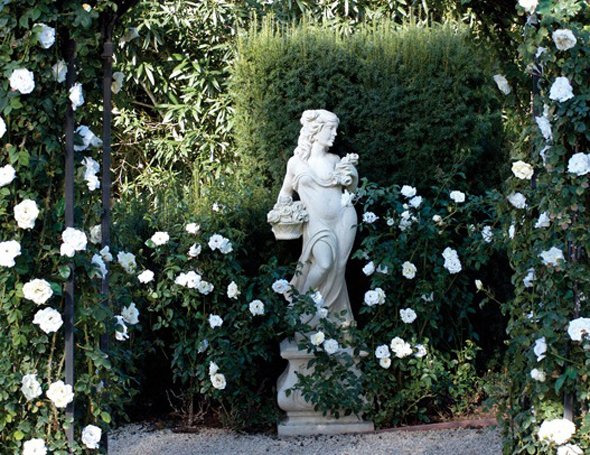 The Presidential Medal of Freedom receiver owns several other mansions, one in Kula, Hawaii and another one in Maui and a vacation home on the shores of Antigua. 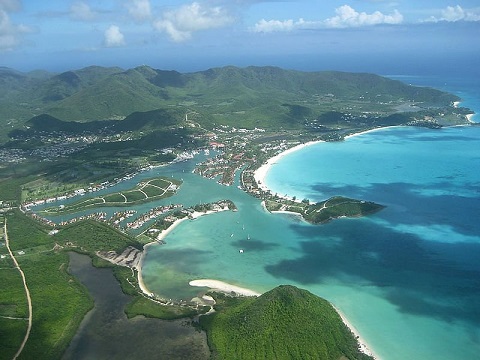 Oprah seems to be very fond of different types of houses as she is reported to have a shore house in Lavallette, NJ, a ski villa in Telluride, Col., and a home in Douglasville, Ga. 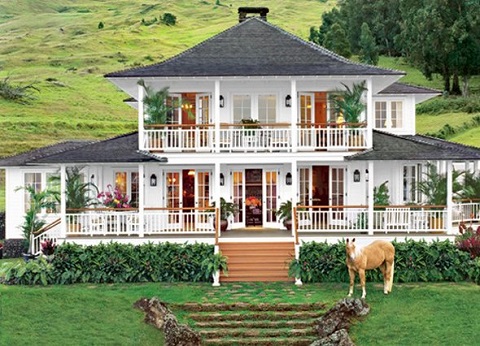 Hell Oprah even owns a street not literally but a street in front of the Harpo Studios named after her, Oprah Winfrey Way. How cool is that? 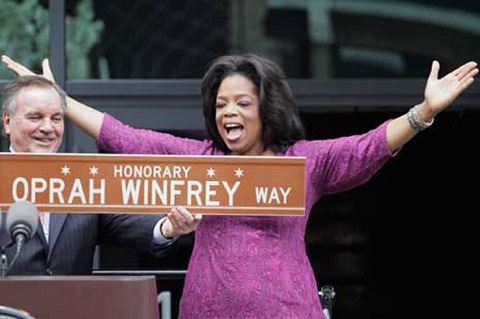 Although Oprah Winfrey is the richest self-made woman in America, highest-paid television entertainer, powerful celebrity and much more, yet she will stay as our gal, the lady from The Oprah Winfrey Show.