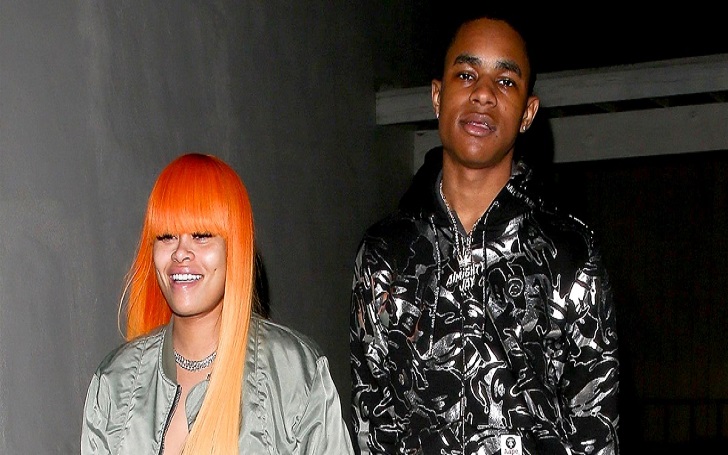 Blac Chyna is pregnant with teen rapper boyfriend YBN Almighty Jay baby who earlier said in his interview with No jumper that if her girlfriend gets pregnant he will be a responsible father to the child. Looks like his mission to get a baby from the model is accomplished.

The rapper himself confirmed that he met to-be-mother Chyna on Christian Mingle and cannot ignore the sexy model.  In the interview with No Jumper earlier he reveals he “doesn’t wear condoms.”

“I would not want to f**k a bitch I did not want to get pregnant,” Jay said. He added, “ If Chyna got pregnant, I would keep that S**t like ohh daddy love you, I love that ass.”

Who Ready To See My @nojumper Interview?????

Chyna confirms her relationship with 11 years younger rapper at the beginning of last month just after 3 days they were spotted dating together in Los Angles.

Also Read: Kim Kardashian not happy about her brother's engagement to Blac Chyna?

Last time she hit news headline when throws a stroller when an unknown woman tries to touch her baby without asking her. And the loving boyfriend was there to make sure she was safe.