Home Gossip Kim Kardashian not happy about her brother's engagement to Blac Chyna?

Kim Kardashian not happy about her brother's engagement to Blac Chyna? 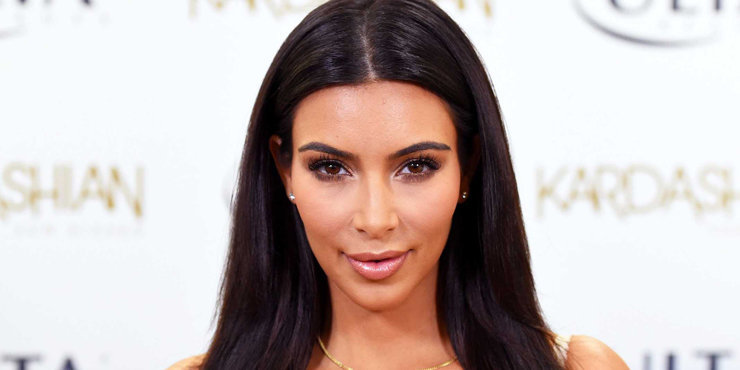 Rob Kardashian shared a Snapchat video of his sister sobbing on his Instagram.

Had to post this snap my sis sent me. LOL she's got jokes! #KimsCryFace

The video was originally posted by Kim on her Snapchat in which she pretended to be bursting into fits of tears, courtesy the tear filters, saying “Rob! We really need to talk,” in a pitiful voice.

Though Rob took it in a humorous manner, given the family’s feud with Chyna, we are not sure if it’s really a joke?

It is a well-known fact that the Kardashian and Chyna clan have never been in peace. With social media always storming with Kardashians sisters & Chyna’s twitter warfare, Rob’s girlfriend has never been liked by his family.

Apparently Chyna’s family also shared the mutual feelings of dislike for the Kardashian-Jenner sisters. In an Instagram post, Blac Chyna’s mother Tokyo Toni mocked them saying that they won’t be invited to the wedding. 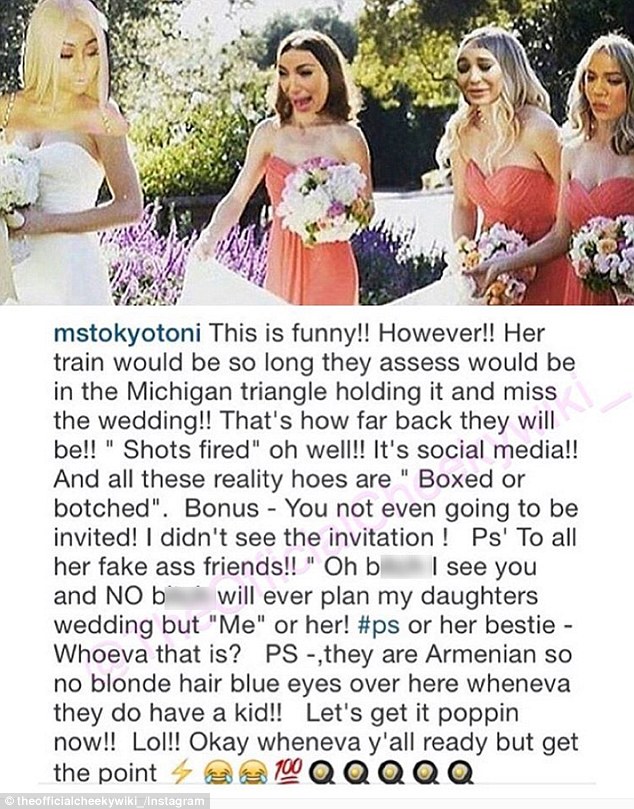 Tokyo wrote, “This is funny!! However!! Her train would be so long they assess would be in the Michigan triangle holding it and miss the wedding!! That's how far back they will be!! "Shots fired" oh well!! It's social media!! And all these reality h**s are " Boxed or botched!!. Bonus - You not even going to be invited! I didn't see the invitation ! Ps' To all her fake ass friends!! " Oh b***h I see you and NO b***h will ever plan my daughter’s wedding but "Me" or her! #ps or her bestie - Whoever that is?”

She added, “PS -,they are Armenian so no blonde hair blue eyes over here wheneva they do have a kid!! Let's get it poppin now!! Lol!! Okay whenever y'hall ready but get the point “

Even after their engagement announcement, Rob’s family did not accept their relationship. None of the Kardashians have spoken about the big engagement news, except Kim.

Kris Jenner, who is often seen commenting on everything, has completely ignored her son’s recent engagement until now. According to DailyMail’s sources, Kris thinks that her son is making a huge mistake rushing into things with the ex-fiancée of Tyga, who is now Kylie Jenner’s boyfriend.

Rob and Blac have been dating only since January and according to TMZ, the Kardashians have ignored the engagement news because of Rob’s past image as a serial proposer. He had earlier popped the question to his former girlfriends Rita Ora and Adrienne.

"I think you should stop asking me stupid questions"

While nobody seemed to be happy with the engagement, Tyga said he is happy about his ex-fiancée Blac Chyna engagement to Rob Kardashian.

“Everybody deserves 2 be happy. What some1 does for their happiness is not my concern, as long as it's not interfering with my happiness.”

"It makes me happy to see the mother of my son happy," Tyga added. "My only concern in this situation is my son. I want him in happy environments."

Rob Kardashian and Blac Chyna got engaged on 5th April 2016.