Home Gossip Who Is PewDiePie Dating: Know His Relationship With Marzia Bisognin

Who Is PewDiePie Dating: Know His Relationship With Marzia Bisognin 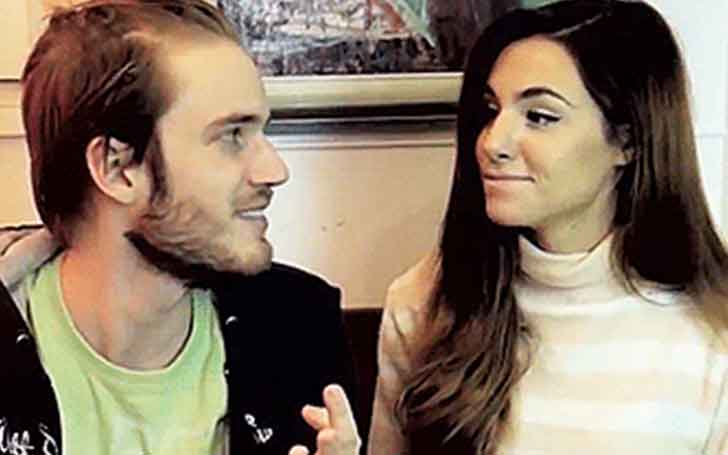 Felix Arvid Ulf Kjellberg, mostly known as PewDiePie on the online sites, is a Swedish YouTuber and video producer. He is in a relationship with girlfriend, Marzia Bisognin, who is also known among us a famous YouTuber.

Well, today we will discuss the love story of this cute couple. Get to know everything about how they met, how their relationship is going on as we are going to reveal it.

PewDiePie in a romantic relationship with Marzia Bisognin

Youtuber, PewDiePie, and Marzia are in a very good relationship since 2011. We all know that PewDie Pie is originally from Sweden but he moved to Italy just to stay with his love Marzia. Since the couple has started their relationship they are going strong in both their love as well as professional life.

Also, see: American YouTuber Justine Ezarik rumored to be Dating a guy from Same Industry; Disclose her Past Affairs and Relationships 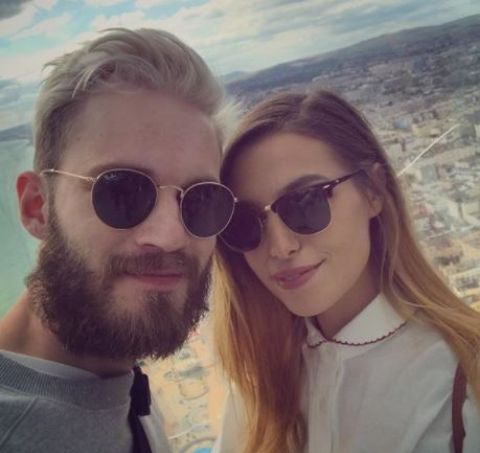 The pair were introduced to each other through the friend of Marzia. The couple was in a normal online friendship until when PewDiePie flew to Italy to meet her just because he wanted to be with her. And their online love changed into a real-life love story. And as per Marzia's post on their love anniversary, PewDiePie proposed her on August 19, 2016. And her answer was obviously "YES". 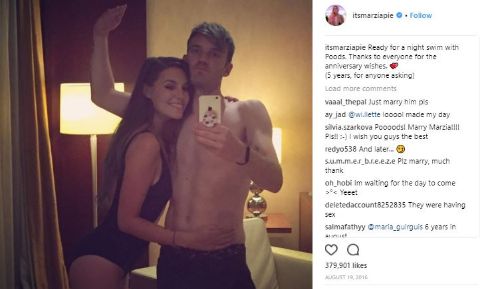 It has already been more than six years and the couple is going strong day by day. Their each and every post has explained their love for each other. Hope it will remain with them forever. 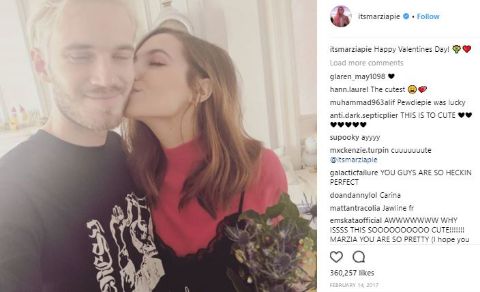 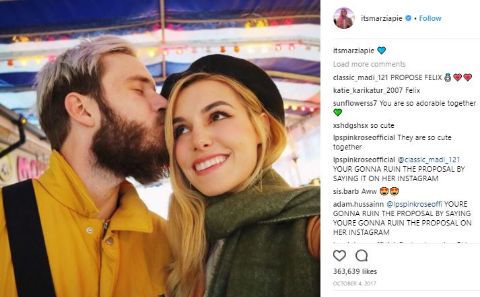 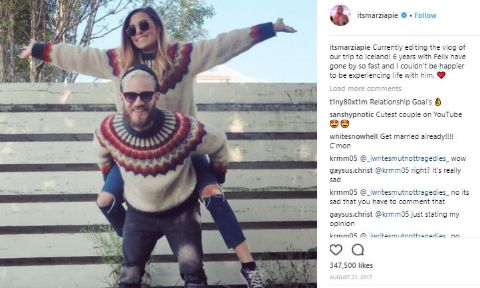 Although the couple doesn't utter a single word about their relationship in the video we can see their love to each other viewing their picture as they use to be together almost at all times.

PewDiePie and Marzia Bisognin once rumored to be split. But, did they?

In 2016, there was a lot of rumors regarding the break up of PewDiePe and Marzia. But after lots of gossips, Marzia responded by saying "No we have not".

Moreover, she said that why everybody is going crazy asking did we broke up? She also said that there is no reason to worry. The question of their break up came into rumors after Marzia posted a vlog about her trip to Scotland with her family. 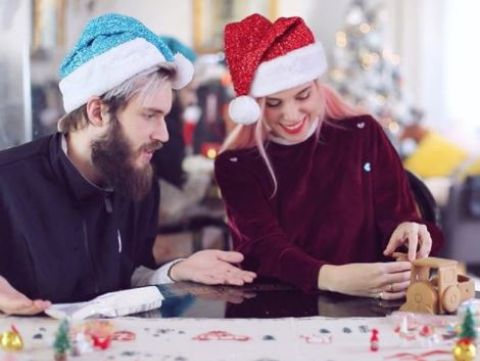 After returning from the trip, she posted a picture of her with boyfriend PewDiePie to show their fans saying everything was fine between them.

PewDiePie and Marzia Bisognin settled in the UK

The pair is currently residing together in Brighton, Sussex, England for the better Internet facilities available there. The couple moved there in the year 2013. Before that, the couple shuffled between Italy and Sweden to their parents home. 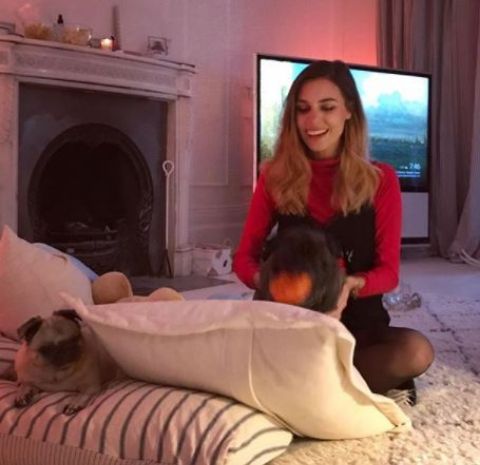 CAPTION: Marzia Bisognin with the pet in house SOURCE: Instagram

Currently, the YouTuber PewDiePie is living quite happily with his girlfriend and his pet in  Brighton, England.