Home Gossip Who is Loren Beech Dating? Or is she Single? Know her Past Affairs and Relationships

Who is Loren Beech Dating? Or is she Single? Know her Past Affairs and Relationships 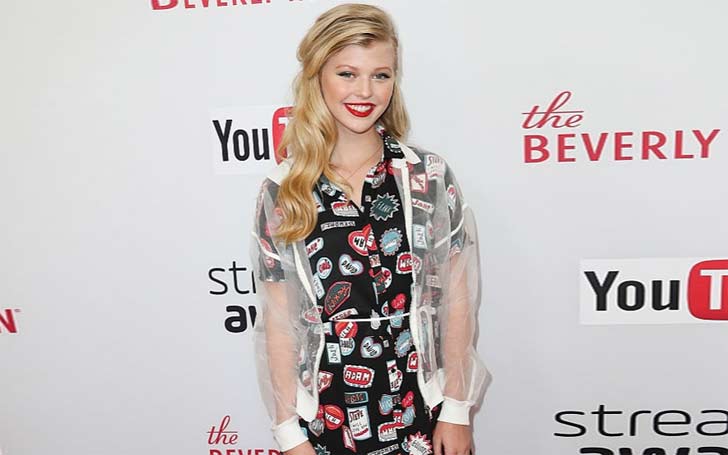 Loren Beech is a famous American YouTube star who is also well known for the music app Musical.ly which is now popular as TikTok. She has more than 54.4 million followers on TikTok and is popular on other social media like YouTube, Instagram, YouNow, and more. Apart from her social media presence, the girl is also an actress, musician, model, and dancer as well.

But today, leaving Loren Beech's professional life and career achievements aside, we will be talking about her personal life including her relationship and affairs. Read more to know about Loren Beech's dating history and more:

Is Loren Beech Dating Anyone At The Moment?

The social media star tends to keep her fans updated about her personal life on Instagram. When she dates someone, she posts a picture of her love for her fans and followers to see.

This beautiful-talented girl must have a boyfriend, right? Well, going through her social media profiles, she is currently single.

However, she was linked with fellow social media stars in the past. As per reports, she even dated them. 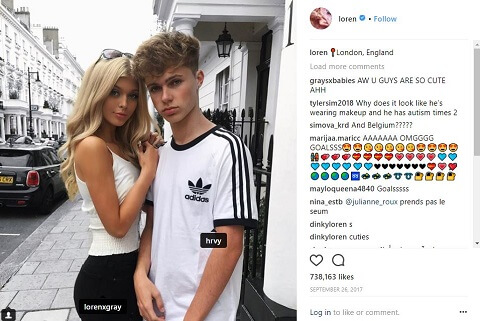 CAPTION: Loren and HRVY were together in 2017  SOURCE: Instagram

They even shared pictures together on their IG. The posts dated back from 2017. Looking at Hrvy’s Instagram, he too posted numerous pictures with Loren but did not reveal whether they are dating or are just good friends. They worked for a music video together, so this might just be friendship. Do you think so?

While surfing around Hrvy's Instagram, we found out that he also has posted photos of another girl with a kiss and ‘I Love You’ caption. So this might be the girl who Hrvy actually dated and not Loren. 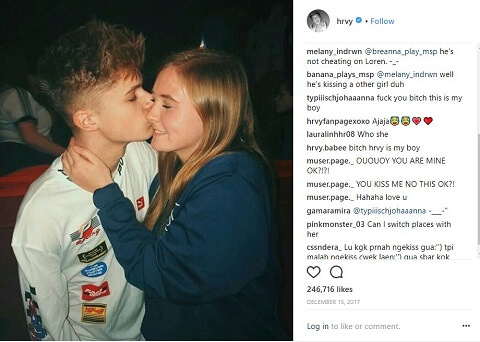 However, he doesn’t post pictures of that girl anymore. But he does keep on posting images as well as videos with Loren, without expressing any love signs. 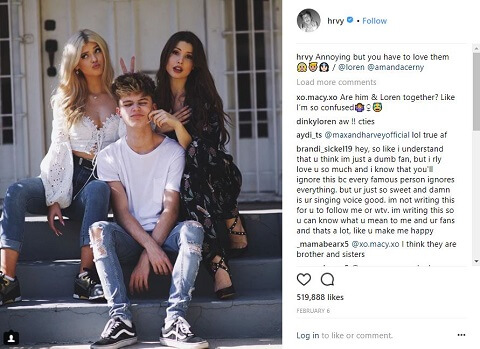 In their pictures together, fans, however, have commented claiming ‘couple goals,’ ‘cute couple,’ etc. which obviously made some of us think they were actually dating. As both Loren and Hrvy did not confirm anything about their relationship, it is quite not sure if they really dated.

Moreover, Loren publicizes her boyfriend every time she dated someone new, just as she revealed about her past boyfriends.

Loren Beech’s past relationships- Who Did She Date?

Back in the year 2015, Loren had flooded her Instagram with her then-boyfriend, Joey Kishluk. The duo even shared an Instagram together called ‘Joeyxloren.’ However, the account is not active anymore nor do they have any pictures of them together on their personal accounts.

The couple broke up in 2016 and announced it on Twitter. Loren was quite depressed after the break-up and even took a short break from social media.

Well, after a while, she moved on and started dating a new guy in the same year, Flamingoes. Again, they made their relationship official through Instagram and even shared a video of them kissing.

But then again, all of the Loren and Flamingoes' pictures which were taken together is removed from both of their account proving that they have already broken up.

Moving on, in 2018, she was reportedly dating Jeffrey Charles, however, their relationship was short lived when the former due part ways in 2019.