Military Times conducted an informal poll after U.S President Donald Trump requested a military parade and was opposed by the majority of the publication readers.

The publication, Independent news about military conducted the vote and was published on its web page on Wednesday.

We asked, you voted: 89 percent said no to a military parade: https://t.co/YgLPFPxUnd pic.twitter.com/MnOgnKcT6F

The Publication questioned, “Should there be a parade showcasing troops and military equipment in Washington, D.C?” 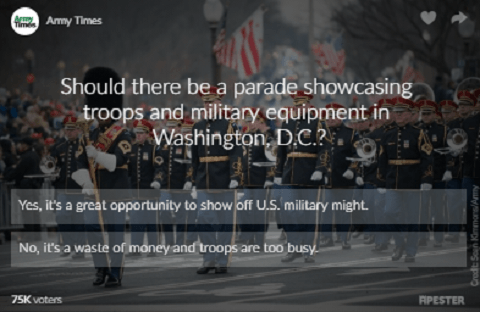 “Yes it’s a great opportunity to show off U.S. military might”

“No, it’s a waste of money and troops are too busy”

More than 51k readers of the publication on Thursday afternoon respond and 89% said ‘No’. Only 11% of the informal poll accepted the parade. 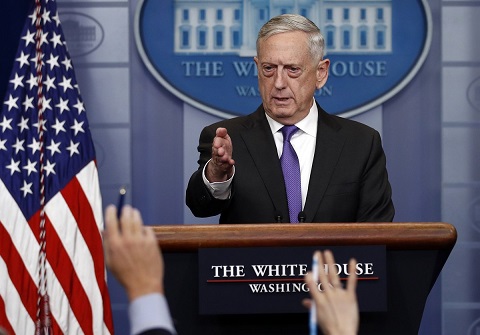 On Wednesdays when questioned by a reporter “Why the Pentagon would divert time, financial resources, and energy to fulfill President Trump request for military pared, the Defense Secretary James Mattis told the request was an example of Trump’s respect for the armed forces.”

According to the source, the Military pared could cost millions of expenses.