Home Gossip Scientist Stephen Hawking is Dead: The Cosmologist Who Wanted To Discover The Theory of Everything is No More

Scientist Stephen Hawking is Dead: The Cosmologist Who Wanted To Discover The Theory of Everything is No More 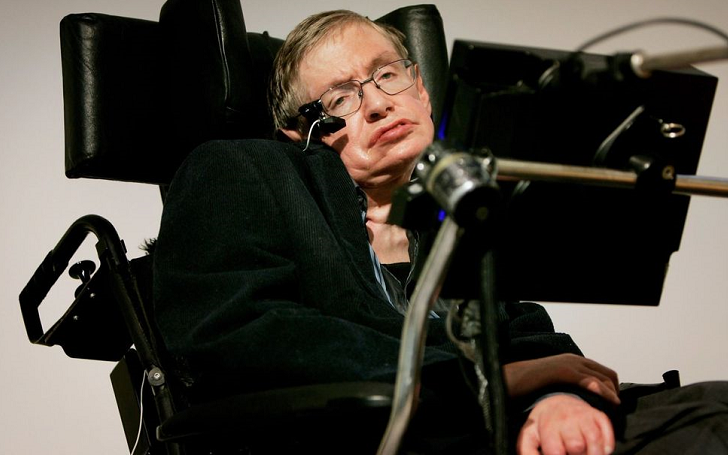 The world has been devastated by the sudden death of a Great scientist Stephen Hawkins. The scientist who devoted his life to find the black hole and theory of relativity was suffering from amyotrophic lateral sclerosis (ALS) and was bound to communicate with a help of a computer attached wheelchair specially designed for him.

14th of March 2018 will be considered as a doomsday for all the people who loved his work. The scientist Stephen Hawking was struggling with debilitating disease from a young age became the world's most renowned living physicist, despite living a life with a fully paralyzed body. Hawking was diagnosed with amyotrophic lateral sclerosis (ALS) at the age of 21 and was very ill as per his medical reports given by the hospital in Cambridge where he was undergoing medical treatments.

SEE: Stephen Hawking Married and Divorced Twice! Was he married during his last days? Know his children

Early reports suggest that ASL was the cause of the paralyzed British intellectual and the further reports are yet to follow. The scientist died at the age of 76.

Three of Professor Hawking's children, Lucy, Robert, and Tim, outed a combined statement saying that he had died at his home in Cambridge in the early hours of Wednesday.

They in a statement said:

"We are deeply saddened that our beloved father passed away today. He was a great scientist and an extraordinary man whose work and legacy will live on for many years. His courage and persistence with his brilliance and humor inspired people across the world.

"He once said, 'It would not be much of a universe if it wasn't home to the people you love.' "We will miss him forever.

The family in the time of grief asked for privacy from the media but have thanked everyone who has been by Professor Hawking's side and supported him - throughout his life.

The world-famous cosmologist and physicist was also a known face in the TV industry and had a good sense of humor as well. He was also a subject of 2014 biopic movie The Theory Of Everything, which starred Eddie Redmayne and Felicity Jones.

Stephen William Hawking was the eldest of four children of Frank Hawkins and Osobel Hawking and was born in Oxford on January 8, 1942. His actual family home was in north London but Hawking's mother had moved to Oxford because of the bombing of London during the Second World War.

The University of Oxford's one of the finest Physicist studied natural sciences left the college with a first class honors degree to further extend his research as a cosmologist. Hawking was diagnosed with the lethal condition of Amyotrophic Lateral Sclerosis (ALS) in 1963 at the age of 21.

Despite doctors giving him just two years to live, he went on to study at Cambridge and became one of the most brilliant theoretical physicists since Albert Einstein.