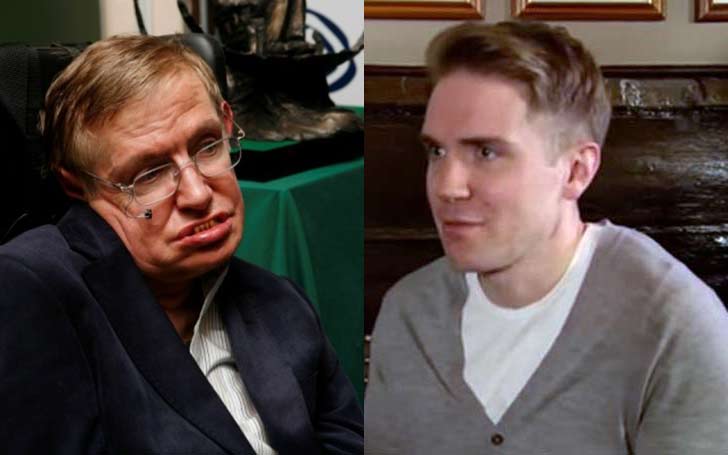 Timothy Hawking might feel himself the luckiest person as he is the son of a great person alive- Stephen Hawking. He is one of the third children of Stephen hawking along with Robert and Lucy with his first wife, Jane Wilde.

Jane and Timothy met each other before his diagnosis with motor neurone disease and they later did engagement in 1964. Meeting Jane was his good fate and after the engagement, Hawking said the engagement gave him “something to live for” and the couple married in 1965.

But in the end, it was not a happy ending as the couple divorced in 1995 and he was married to his second wife Elaine Mason in the same year and divorced with her too in 2006. With Elaine, Hawking does have no any children. The children who Hawking had with Jane are still the nearer and dearer ones to him.

Talking about the relation of Tim and Stephen, we see a special bond between the father and son. Both of them had the same passion for motor-racing when Tim was a small boy. Tim still values the advice given by his father when Tim was of 12 years old. Tim says-

“I remember asking him a question which I think at the time I thought was a bit silly. I wanted to know if there were lots of other tiny universes dotted around.”

“He gave me the answer and then he told me never to be afraid to come up with an idea or a hypothesis no matter how daft it might seem.”

There are much more things that show the warm love of father and son. As we know Stephen communicates through a computerized voice box and for Tim the voice box was a key to communicate with his father. In some of the rare interviews, Tim said-

‘As a three-year-old, I had no understanding of what he was saying. I didn’t really have any communication with him for the first five years of my life.’

‘It was only when he got his voice synthesizer that I was actually able to start having conversations with him. It was somewhat ironic that Dad losing his voice was actually the start of us being able to form a relationship.’

Jane has written a book about her married life with Stephen Music to Move the Stars: A Life with Stephen when their relation was working and after the separated there was an updated version of the book Travelling to Infinity: My Life with Stephen and consequently an award winning movie was made “The Theory of Everything”.

In spite of Jane’s statement that Tim is Stephen’s child; people are analyzing Tim as Jonathan’s child after watching the movie. No matter what either Tim is Stephen’s son or Johnathan’s son, Stephen is the only one whom Tim calls his father and loves him unconditionally.