In 2018 Oscar red carpet a real highlight was a surprise visit of Practical Magic stars Sandra Bullock and Nicole Kidman. 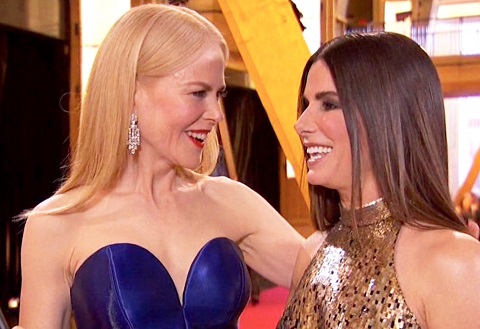 Bullock hasn’t appeared on the Academy red carpet since 2014, which year she got her nomination for Gravity. She has made her way to Oscar Award this year to present an award.

Looks like they were destined to meet and were really excited to meet each other.

“This is a woman I love,” Kidman told to Bullock. Kidman revealed that she was eagerly waiting for Bullock new film Oceans 8.

“We were talking about when we shot (practical magic) together and we asked her to get the tequila, she came back with her own tequila but we drank it anyway. We were a little drunk” Continued Bullock. 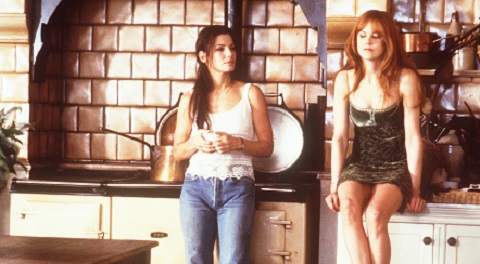 Also Read: Actor Connor Cruise and sister Isabella Cruise have good relationship with mother Nicole Kidman despite all the rumors

The Oscar Award winner in 2010 for The Blindside entered the Oscar red carpet dressed in a Louis Vuitton ombre black and gold mock neck metallic gown with a ruffle down the side, paired with a metallic clutch. While Kidman was dressed in a beautiful blue gown.