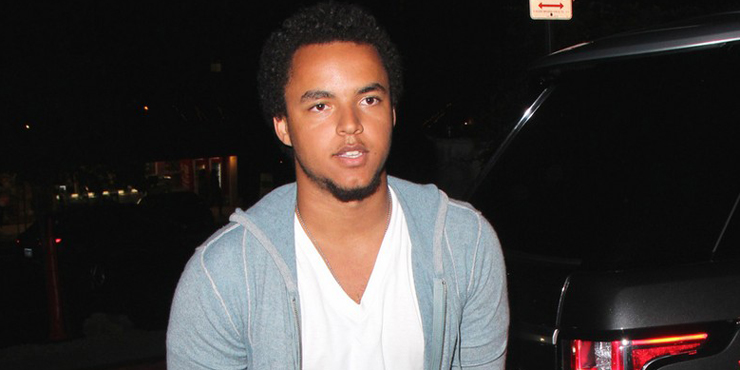 Actor and DJ Connor Cruise and his sister Isabella Cruise have said that they both have pretty good relationship with their mother Nicole Kidman, despite all the rumors suggesting otherwise.

Rumor has it that the two of the eldest kids of ex-partners, actor Tom Cruise and Nicole Kidman, hardly see their mother and that they do not have strong ties with her. But the adopted siblings have denied all such gossip regarding their relationship with their mother, claiming that they were still seeing Kidman and their bond was as strong and solid as ever.

Connor clearly denied the rumors saying that he was not estranged from his mother and that he and his dearest sister met Kidman time and again. The statement from the DJ turned actor came earlier last year after both he and Isabelle were allegedly accused by media for keeping distance with their Australian mother.

Connor, who recently celebrated his 21st birthday, said 'I love my mum' amidst the rumors. He added: 'I don’t care what people say. I know that me and mum are solid. I love her a lot. My family means everything.'

And he also admitted that he loved music, but his family was always his top priority, above everything else in the world.

Connor and Isabelle were both adopted by Tom Cruise and Kidman in 1993 and 1995 respectively after the couple’s wedding in 1990. But after Cruise and Kidman’s nasty divorce, the kids decided to live with their father. It was then that speculations about the mother and her kids’ tumbling relationship surfaced. The rumors seemed to solidify after Nicole publicly said that her adopted children called her Nicole instead of Mum.

'My kids don't call me mommy, they don't even call me mom. They call me Nicole, which I hate and tell them off for it,' she told back then.

The kids’ close ties to The Church of Scientology also fueled these rumors and gave gossip mongers a chance to spread more of them.

Isabelle insisted that the relationship between her and her mother was just fine, the same year Connor opened his mouth. According to Mail Online!, the 23 year old daughter of the Rabbit Hole star, who likes to keep her personal life hushed up, finally broke her silence last year and said ‘all is well’ between her and Kidman.

Though the children claimed to have been close to their mother, the scene during Kidman’s father’s funeral said otherwise. The Academy Award nominated actress lost her father late in 2014. A few months after the kids stated that they loved their mother, the beloved father of the actress, Dr. Antony Kidman died of heart attack while visiting their aunt in Singapore. But the biggest irony was that, despite all their talks, Connor and his elder sister were nowhere to be seen at their grandpa’s funeral.

The handsome hunk did tweet that he was “shocked” on his Twitter account. But he soon forgot everything. So this incident brought another wave of rumors about the kids and their mother’s relationship.

Connor has been continually denying everything, but the evidence says otherwise.

Connor has appeared in movies like Seven Pounds and Red Dawn. We do not have any information about his girlfriend or love life.