Home Gossip Roman Atwood Is In a Relationship With Girlfriend Brittney Smith; Engaged or Married?

Roman Atwood Is In a Relationship With Girlfriend Brittney Smith; Engaged or Married? 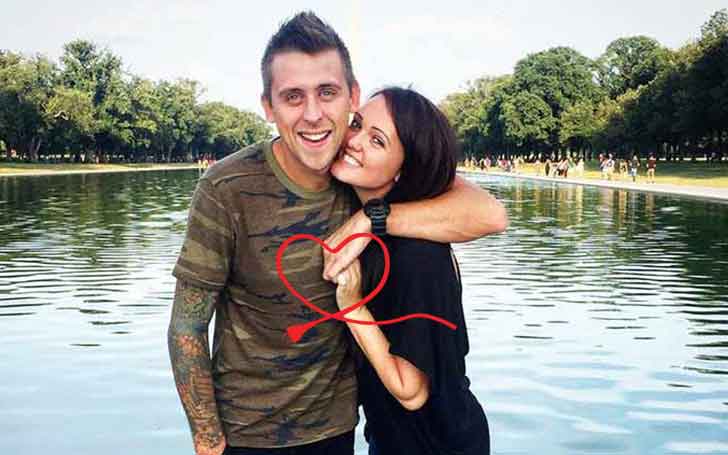 An American YouTube personality, comedian, prankster, and vlogger Roman Atwood, whose net worth is estimated to be around $3.5 million, had currently engaged to his longtime girlfriend and mother of his two children, Brittney Smith.

The 34 years' prankster who has highly earned the name and fame through his successful career has never kept the same faith in his personal life as he had gone through a divorce with his first wife, Shanna Riley. But as the saying goes thing will not remain the same as the time passes, Roman has been in a very happy relationship with his longtime girlfriend turned fiancee, Brittney Smith these days. Scroll down to know in detail about Roman Atwood.

The YouTuber and prankster, Roman Atwood asked his longtime girlfriend, Brittney Smith, to be his spouse (wife). Roman shared the news with his fans through his twitter post on the morning of May 1st. Roman posted the picture of the ring while Brittney was sleeping on the bed. He might have clicked the picture just before he popped the question to his to-be-wife. 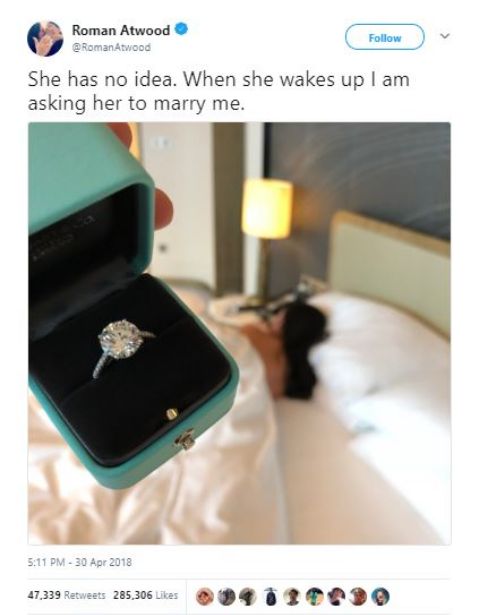 After a couple of hours, he posted the picture of Brittney kissing him and showing the engagement with a caption stating the positive reply to his proposal. 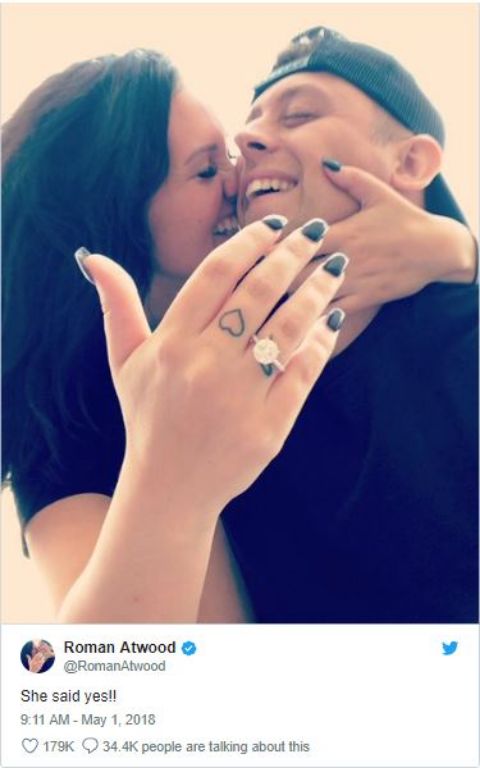 Just after the three hours of Roman's post, Brittney took to Twitter stating that her love had finally asked her to marry him. According to her, they have been together for more about 9 and a half years. She showed her happiness through her post saying that she would be happy to become Brittney Atwood. 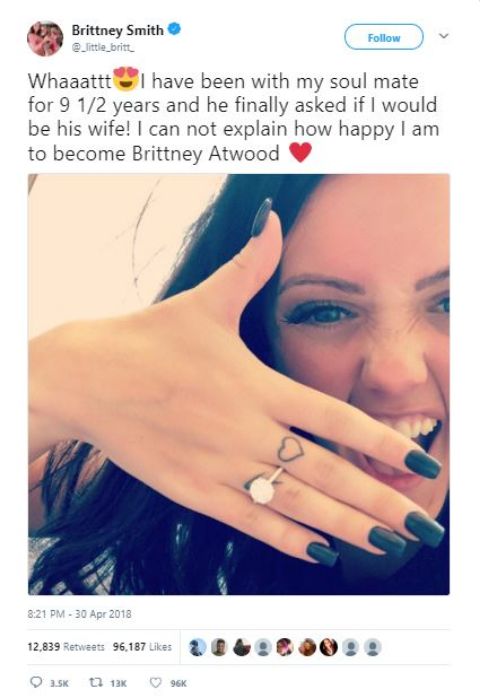 Roman and Brittney have been in a relationship since 2008. The couple first met each other in the hospital when Roman was with his best friend Chase Gilroy, who was going to be a father at that time. Since that time the couple came close slowly and steadily and later started dating. 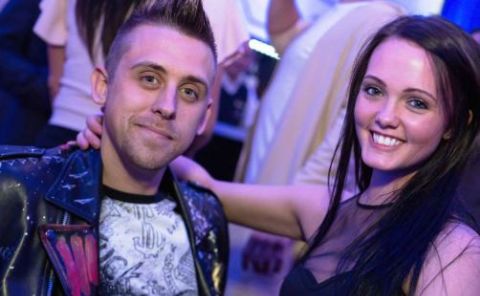 It is going to be a decade that the couple is together and till now the couple is going strong without any bad rumors. The couple also shares a son, Kane Alexander Atwood and a daughter, Cora Atwood.

The couple is currently residing in the hometown of Roman's, Millersport, Ohio, the U.S with their two children.

Roman Atwood married his first love Shanna Riley in 2001 when Shanna was just 18 years. Just after 2-3 years of their wedding, Shanna gave birth to their first child, a son, Noah Atwood. 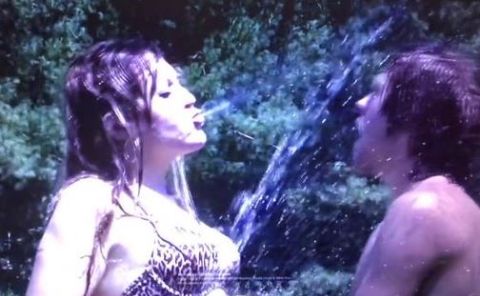 But in 2008 we get to hear about their separation with a statement saying that Shanna cheated on Roman and he filed for the divorce. Later in 2010, the couple went through a divorce after completing legal issues regarding their son.