Teyana Taylor; 27-year-old American singer, actress as well as famous Instagram star is famous for the song ‘Goggle Me.’ But today we are not here to talk about her professional success but about her personal life, including whether she’s married or not.

Teyana Taylor has been dating Iman Shumpert for quite a while now. The duo is one of the cutest couples in Hollywood. So how long have they been together? Are they married? Do they have any kids? Keep on reading:

Teyana and Iman began dating back around July 2013. The couple got engaged after dating for around two years and 11 months later, the duo got married. Teyana Taylor married Iman Shumpert on 2nd November 2016.

Also read: Teyana Taylor Says There IS Nothing Such As Perfect In Sex Life Or Parenting

The pair got married secretly. They revealed about their marriage only after about a month of their marriage. She seems extremely happy with her marriage, once in an interview, she said,

I have a beautiful baby, a wonderful husband.

The couple is blessed with a baby girl, Iman Tayla, born on 16th December 2015. The baby is two years old now. 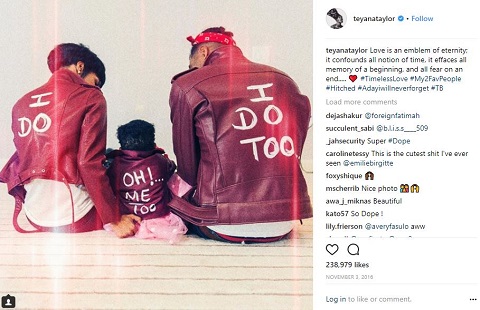 CAPTION: Teyana Taylor and her husband Iman Shumpert and their daughter SOURCE: Instagram

Teyana looks happy with her personal life. In one of the pictures, she has also mentioned that,

This proves that the relationship between the couple is perfect and that they were best friends before getting married. And we all know that there’s nothing better than marrying your best friend.

If you are a fan of Teyana, you surely know that she runs a show on VH1 with her husband Iman, Teyana & Iman. They constantly share their love life on the show. In several interviews, the couple have revealed that they always wanted to do a reality show, Iman said,

It’s so important to be a positive representation of the black love that my ass actually got on TV to do it.

It is to inspire love, period. Meanwhile, Junie puts a lollipop in her mouth that has just been on the floor—the short ends with Taylor arguing that “you guys should tune in because of Junie. 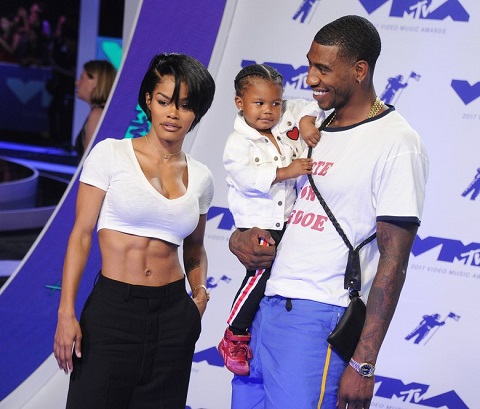 CAPTION: Teyana Taylor and her husband Iman Shumpert and their daughter SOURCE: Vogue

There were several rumors of Teyana and Iman's separation published in the media but, later all those rumors turned out to be false. They are living happily with their beautiful daughter.