Mariah Carey valentine Throwback dressed in a candy bra alongside boyfriend Bryan Tanaka. The snap reveals that the couple had a romantic valentine night.

Mariah Carey took Instagram to share a sexy snap where she is dressed in a candy bra with boyfriend Bryan Tanak shirtless and love sticker in his right hand. 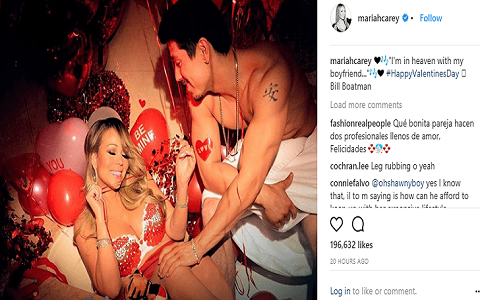 Carey in the caption enlists the name of her photographer Bill Boatman for the photo credit. In the snap, the couple is surrounded by hear shaped balloons. Tanaka looks muscular in the white towel while he puts his hand on his knee facing towards Carey.

After the photo shoot, the duo headed for a low key-dinner enjoying the view of Los Angeles. Tanaka has also uploaded the snap on his Instagram to reflect his love towards girlfriend Carey. The couple enjoyed the dinner with red wine on the terrace before the private candlelight dinner. 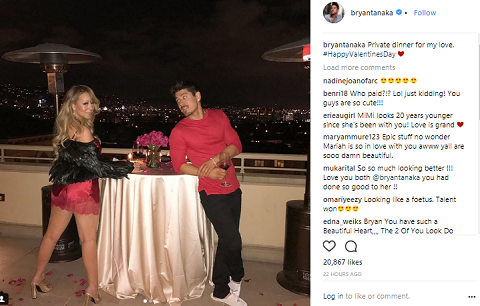 Since 2016 the couple is in on and off relationship but the valentine day throwback snap tells that the relationship is better than earlier. The pair worked together nearly for a decade before starting a relationship.