Home Gossip Who is Lisa Berry? Engaged to Canadian actor Dion Johnstone; Know about their Relationship

Who is Lisa Berry? Engaged to Canadian actor Dion Johnstone; Know about their Relationship 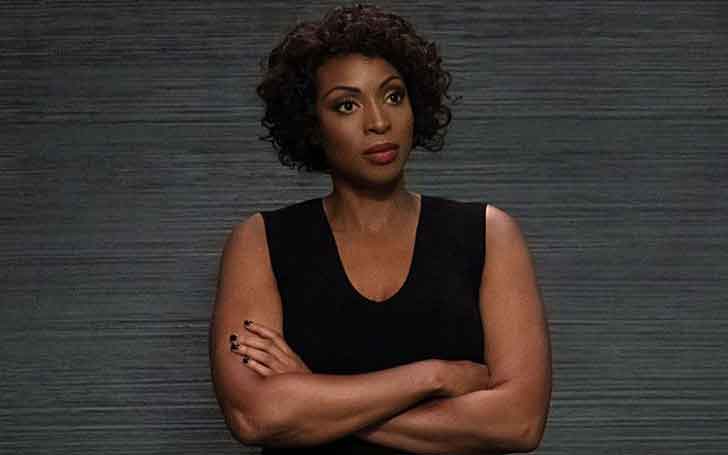 Canadian passionate actress Lisa Berry is enjoying her romantic relationship with her long-term lover and is flaunting her passionate love via social media.

Who is Lisa Berry?

Lisa Berry is a gorgeous and talented Canadian actress. She was born and raised in Richmond Hill, Ontario, Canada and is the youngest of four children. Though she has never revealed her real age and the birth date, she celebrates her birthday every year on 6 November. 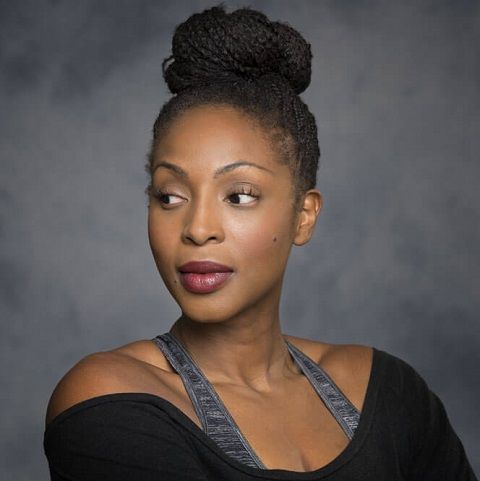 As to know more about her we can see her appearances in film and television series including Playing Death 2.0 on Supernatural, Shadowhunter as Cleopha Garroway, Assassin for Hire, Captian Pam Everwood on Global and Abc's Combat Hospital, Janice Lawrence on Lifetime's Against the Wall, and some more.

She has also appeared in stage roles like Dido: In Octoroon, Penny in Father comes home from the Wars, Mayme in the Canadian Premier of Lynne Nottage's Intimate Apparel, Mrs. Muller in John Patrick Shanley's Doubt, A Parable at both The Neptune and Globe Theatre, Tituba in Arthur Miller's The Crucible at the Shaw Festival and singing in The Stratford Shakespeare Festival's adaptation of Harper Lee's To Kill a Mockingbird.

Lisa Berry is currently in an official relationship with an actor Dion Johnstone. Johnstone is a 42 years Canadian actor born on October 12, 1975, and his original name is Dion Martin Hypolite. Lisa is best known for his role in the movie The Core, The Tempest, and Dream Catcher.

Also read: Canadian Actress Allie Bertram's Net Worth and Career - Know All About Her Source of Income. 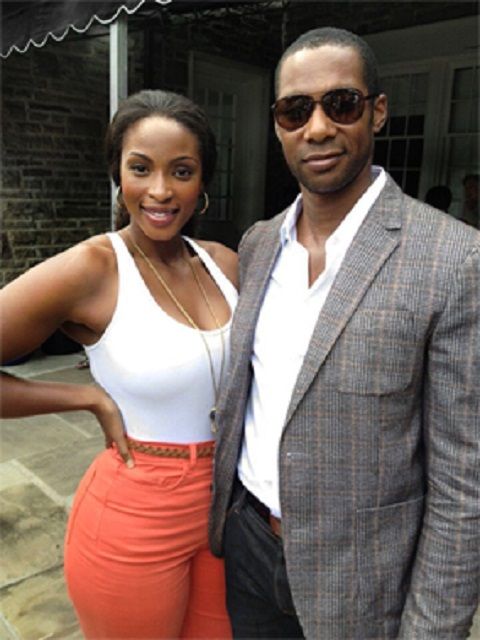 Though Lisa Beery has hardly shared her personal information to the public and the social media, she has freely opened up about her romantic relationship. Looks like she is having a wonderful time with her long-term boyfriend turned fiance.

Lisa Berry and Dion Johnstone got engaged on March 8, 2015. The couple was on the top of the Blackcomb Mountain when Dion proposed her. Expressing her most romantic days, Lisa uploaded the picture of her with her fiance Dion after a year of her engagement.

Also Read: What would be Canadian actress Tatiana Maslany's next clone character in Orphan Black? Look at her photos and interview 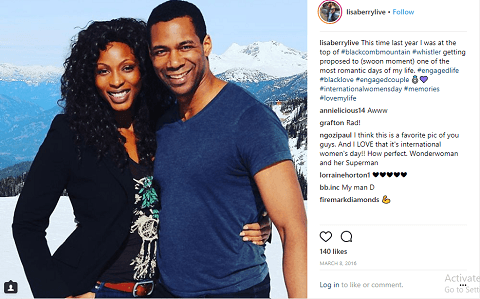 CAPTION: Lisa Berry and Dion Johnstone on the day of her proposal SOURCE: Instagram 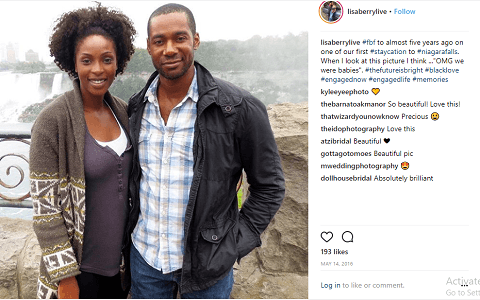 The couple is pleased and has spent a long time of their relationship. They had already spent a long period of time even before they got engaged. Lisa often expresses her love towards her fiance Dion also by sharing the pictures and videos of each other via different sources of social media.