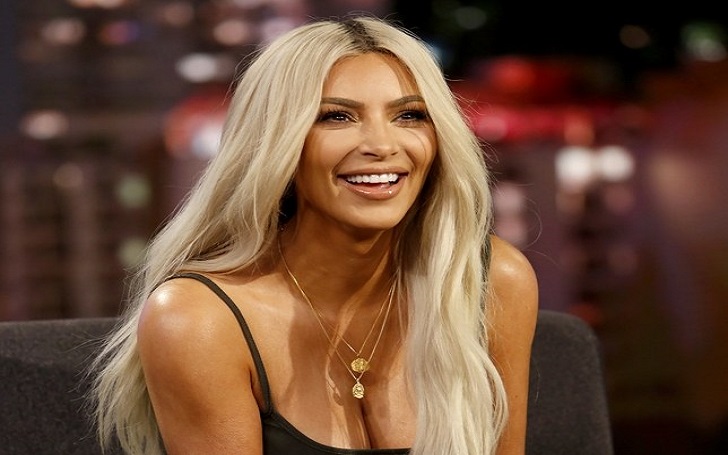 IG may be forced to call Kim Kardashian to take down her latest photo.

The reality star is currently in Wyoming while her husband Kanye West is busy recording his new album.

Also Read: Who Does Seductive Suck Kim Kardashian OR Farrah Abraham As They Plug Red Lollipops? 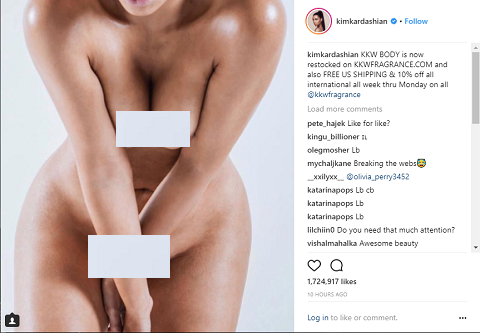 Another day, another Kardashian beauty launch. This time it’s a body fragrance which has set the internet on fire. Her perfume is now restocked and to promote the celebrity has uploaded an NSFW full nude pic to her Instagram on Tuesday.

The mother of 3 and successful entrepreneur display her sexy hourglass curves in the snap but she wisely covered her ample bosom and her below private parts with her both hands.

The 37-years post the revealing pic just to announce her perfume is restock and now available to make an order online.

In fact, her fragrance is shaped like her body shared on Instagram nude, as she reveals some snaps from the process earlier this months as molds were taken of her nude form.

Also Read: Kim Kardashian under fire For her Hair, Know her Recent News and Controversies 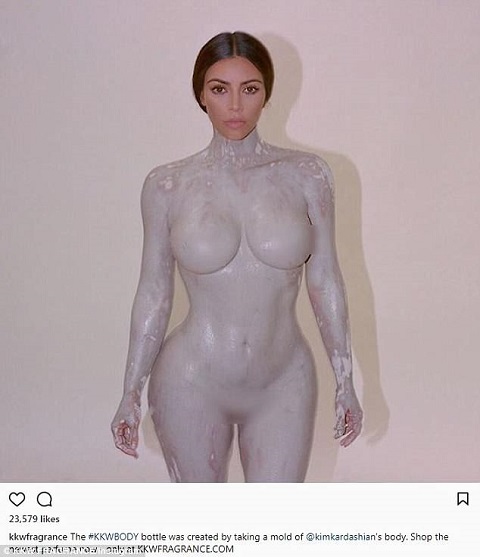 On April 24, 2018, Kardashian shares her naked body in two-part displaying her chest carefully covered with the left hand and in next snap, her lower body partially covered with her right leg.