Kanye West, the Famous Gold Digger singer is now in a big trouble after her gold Digger wife demanded to shift in a $200 million worth mansion. We are not accusing Kim as a gold digger but her demand for such an expensive home is just not realistic when All Kanye can afford is a $20 million worth home.

We are not accusing Kim as a gold digger but her demand for such an expensive home is just not sensible. It is really an awkward kind of situation for American Rap singer Kanye when all he can afford is a home worth $20 million.

Over past three years, we have seen rapper Kanye West continuously renovating his Hidden Hills mansion to fit his wife’s need but it looks like Kim is not satisfied with her recent home. As Kim Kardashian believes in a luxurious and materialistic lifestyle, it is getting hard for Kanye to cop up with her needs.

As per a report from Life & Style magazine, Kanye thinks, Kim has totally lost her mind and according to the mag:

“He can barely afford the $20 million mansion and thinks the Spelling house is just tacky.”

Kanye is busy redesigning his master bedroom and has reportedly redesigned the room for over five times to make his reality star wife happy. To add to that, he was reported to have ditched his swimming pool and went on to build a pond instead.

According to KUWTK star, the yard is very small and doesn’t have a lot of room for the kids to play which is quite a problem for Kim. 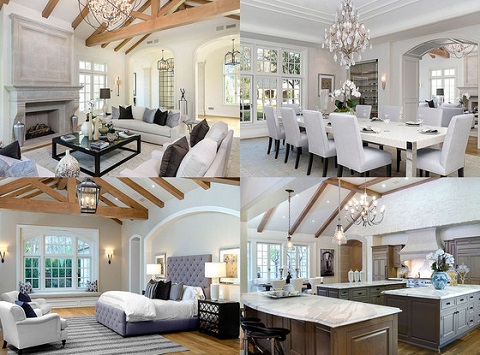 As North and Saint both are growing day by day, the 4-year-old sister and 19 months old brother, now have a less activity area which is the basic reason for Kim to desire for a new home. On the other hand, Kim loves living a Hollywood Royalty life which Kanye should be able to offer as promised. 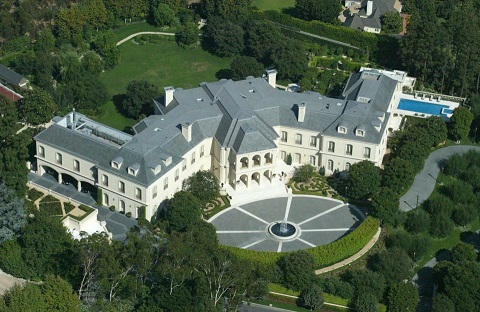 The house is recently worth around $200 million which is reportedly one of the most expensive residential homes in All US. Consisting of 123-room, the property has attractions like a tennis court and a bowling alley. Further, the house can be used from the day they move in.

As Kanye having a financial issue is not a new news and his former producer friend JAY-Z even rapped about it in his recent album, 4:44.

The rapper who recently launched his own line of shoe YEEZY BOOST 350 V2 in a venture with Adidas is reportedly having a hard time and is in no position to spend $200 million on a new home.