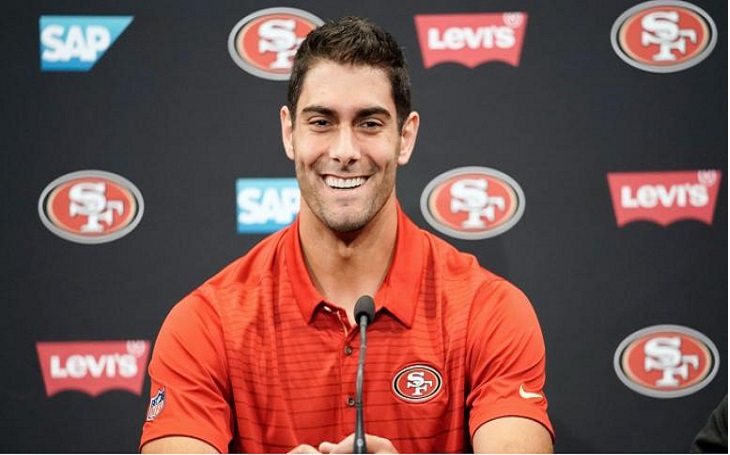 Jimmy Garoppolo turns to be the new highest paid NFL player. On Thursday, The San Francisco 49er announced that Jimmy has signed a 5 year $190 million contract.

Former Patriot Jimmy Garoppolo seems living the best NFL life.  The 49ers signed him on 31 October 2017 after the New England Patriots traded him. In his 4 years career, he has seven starts in the NFL and won each of it. “A look back at Jimmy journey from backup QB to the NFL's highest-paid player”.

The @49ers have locked in their franchise QB.@JimmyG_10's journey from backup QB to the NFL's highest-paid player. pic.twitter.com/UGm382smQM

In San Francisco 49ers, he appeared in 6 games, starting 5 games and won each of them. Since 1970, Garoppolo is the first quarterback who has won each 5 start. 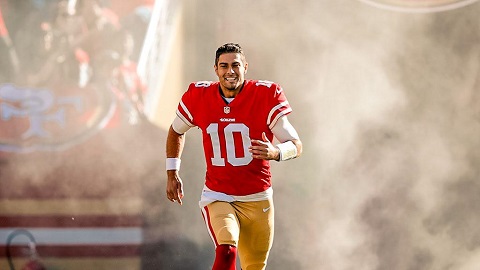 The 49ers are paying Garoppolo for what they believe he can do in future days and has earned him highest paid NFL player title.

5 things to know about QB1 pic.twitter.com/pKEolC5Qo8

Also Read: Net worth Roger Goodell: Prolific career in Sports.Commissioner of the NFL has a huge house in NY

The salary bar is growing higher continuously for NFL QB. First, it happened in June with Derek carr followed by Matthew Stafford in August and now with Jimmy Garoppolo. The average annual salary of Garoppolo is $27.5 million.