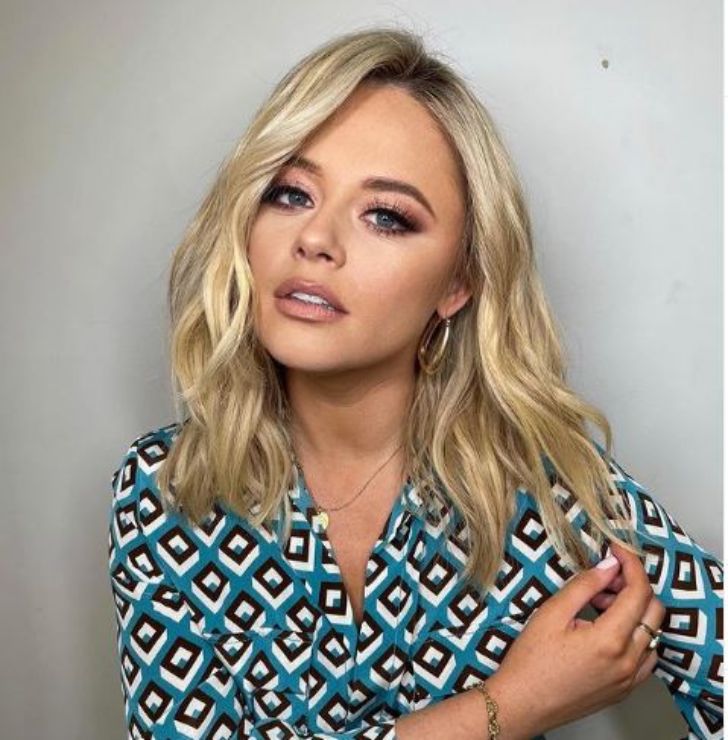 The Inbetweeners actress Emily Atack hinted at a possible reunion with one of her exes, Seann Walsh, as they went together for lunch in late August 2021. It came shortly before her split with her entrepreneur boyfriend of 5 months, Jude Taylor. Atack, who went Instagram official about her dating story with Taylor earlier this May, has not deleted any of her IG pictures with the latter.

Already with many famous short-flings, Emily first got linked with Walsh in 2014, but only two years later, they became a thing- though it was volatile. So, as they met once again, many queries are pending if Emily and Seann start dating again? Let's know.

Emily Atack And Seann Walsh Reunited For Meal After 5 Years Of Split- Are They Dating?

The English actress and TV personality has never been close to her ex-boyfriends over these years. But, after her recent meeting with former fling Seann Walsh this August, fans are excited if the two are dating again.

On August 24, 2021, the 31-year old Almost Never star went on a lunch with her ex-boyfriend Walsh, their first PDA after their split five years prior. With photographs surfaced online, there seemed no awkward silence between the two (as other exes have), rather they were chatting and laughing as they lunched in Nando's in Clapham, South London. 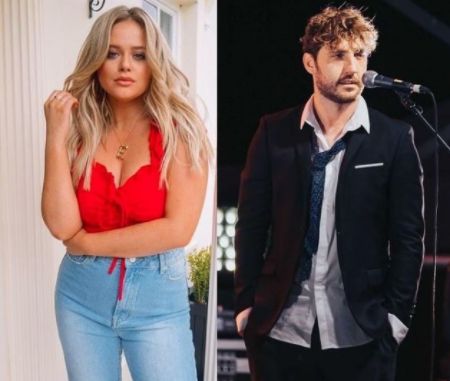 Moreover, as a surprise, after a few days, the news of Atack's split with her then-boyfriend of 5 months, Jude Taylor, came up in late August 2021. So, it raised eyebrows if the Luton, Bedfordshire native, dumped Taylor to reunite with her ex-boyfriend Walsh.

The Celebrity Juice star shared screenshots of WhatsApp messages and voice notes between her and Seann this early September. Though, none have confirmed if they are in a relationship.

As per an insider, Emily's former flame Walsh 'is a part of the writing team for her new series The Emily Atack Show and was helping out with some of the stand-up elements.' Also, it is believed that the two discussed the new series as they were having lunch at Nando's, hinting the recent connection being professional rather than romantic.

Since 2019, Walsh is dating Grace Adderley.

Also Read: Criss Angel Married Twice; Now reunited with his ex-wife and son; Know his Past Affairs and Dating History

They Were A Thing- Secret Relationship Unveiled

Although Emily Atak has been in many short-lived relationships since her break-up with Jack Vacher, whom she dated for six years on-off, it can't be denied that Atack and Walsh did make some highlights even with their brief fling.

Reportedly, the alleged couple met back in 2014 at the E4 panel show Virtually Famous and were in a relationship by 2016. They were together at Edinburgh Fringe ­Festival in August 2016 and were spotted in other events later that year.

But their dating story didn't surface until 2018, in the wake of Seann's photo of kissing his Strictly Come Dancing partner Katya Jones (who was married), which later brought Emily's romance with Seann into the scene.

Moreover, in June 2019, an intimate picture of her and Seann Walsh leaked online as they shared the bed.

Split With Boyfriend Jude Taylor After 5 Months Of Relationship- Why?

In April 2021, The Sun revealed that the Series 18 runner-up of I'm a Celebrity...Get Me Out of Here! was dating entrepreneur Jude Taylor. And after a month, in May 2021, she went Instagram official with her new boyfriend Taylor; they posed for a photo while checking into London hotel.

Earlier, she was photographed with her fashion influencer boyfriend as they left 180 The Strand in Central London and walked hand-in-hand on a night out. 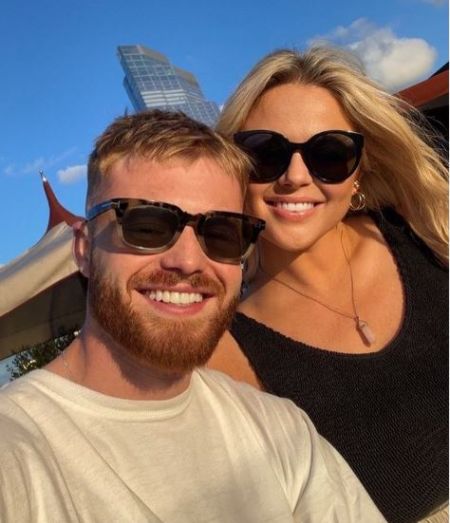 However, after five months of dating, sources confirmed that the two have already parted ways by late August 2021- just a few days after Emily went on a lunch date with her ex-boyfriend Seann. Reportedly, they broke up after they could not see each other due to work commitments and barely managed to see each other recently. Moreover, the source added that Atack was struggling to see a future with Taylor.

Right before Jude, the English TV personality was in a 5-month relationship with model Charlie Edwards, ending in spring 2021. Earlier than that, she was dating Rob Jowers in 2019.

Although Atack was linked romantically with Big Brother star Ziggy Lichman after they met through mutual friends in September 2018 but confirmed it was nothing more than friendship. Her longest relationship was on-off with Jack Vacher (2012 - 2018), and after him, she had a brief fling with McFly bassist Dougie Poynter.

Also Read: McBusted's Dougie Poynter and girlfriend Ellie Goulding can't keep their hands off each other, dating since February