Emily Atack Has Found Love Again; Who Is She Dating Now?

English actress, comedian, and television presenter Emily Atack, who was previously in a relationship with Charlie Edwards, has found love again. The 31 years old actress is reported to be dating new boyfriend after five months of breakup from Edwards.

So, who is the lucky guy? Who is Atack’s boyfriend? What was the reason behind her separation from her ex-boyfriend? Know everything below:

Sources have confirmed that the actress has found love again. Atack is currently dating entrepreneur Jude Taylor. The news of her new relationship comes five months after she broke up with model Charlie Edwards.

Recently, the new couple was captured walking hand-in-hand and seemed to be enjoying a series of dates. The duo was seen leaving members club Soho House’s newest venue 180 The Strand, in Central London. 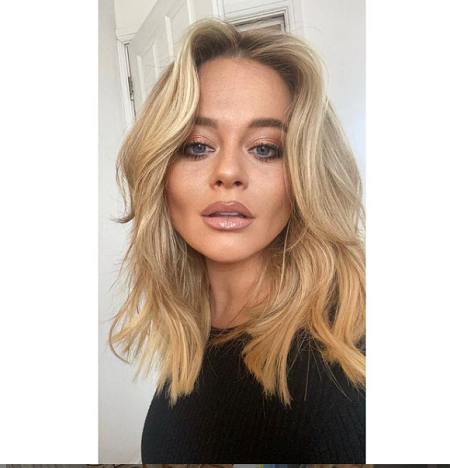 A close source to the couple revealed that they both know a few of the same people, and they instantly hit it off. The source also confirmed that they have been spending a lot of time together in recent weeks.

Her boyfriend graduated with a degree in advertising back in 2017. He previously had worked for Burberry and is currently in the process of launching his own brand.

Similarly, she started dating model Jack Vacher in 2013. They were in a relationship for five years before breaking up in 2018. She then began dating model Charlie Edwards. They also broke up after the actress struggled to see him due to lockdown restrictions.

Atack started her professional career in 2007 and has worked on dozens of projects, including movies and television series. She made acting debut in 2007, appearing as Kelly Lang in the television series, Blue Murder. The following year, she portrayed the role of Cathy Dee in the series Heartbeat.

Since then, the actress has appeared in television series and shows like Little Crackers, The Inbetweeners, Victoria Wood’s Mid Life Christmas, Big Brother’s Little Brother, Dancing On Ice, Sunday Bruch, The Cube Celebrity Special, This Morning, I’m a Celebrity: Extra Camp, I’m a Celebrity…Get Me Out Of Here!, Almost Never, Celebrity Googlebox, Celebrity Juice, among others.

Likewise, the actress has also worked in around a dozen of movies like Ibiza Undead, Outside Bet, Almost Married, Get Lucky, Unforgivable, Dad’s Army, Dark Cloud, Patrick, Lies We Tell, The Tourist, Broken Glass, Iron Sky: The Coming Race, The Hoarder, and others.