The American singer, dancer, and YouTuber, Jordyn Jones, best known for her covers through YouTube, is just 18 years' old but, she has already added a lot to her total net worth.

Jordyn has tried on so many professions in the same field such as modeling, singing, acting, and dancing too. She entered the vlogging world on the 1st of February 2008, when she was just 8 years' of age. And since then, she has continuously been on the rise as she earned enough sum. To know more about her sources of income, keep on scrolling.

The total estimated net worth of the teenage star, Jordyn Jones is reported to be around $500,000, but some tabloids suggest otherwise. Most of her earnings are from her modeling career, but she also earns a lot from YouTube. 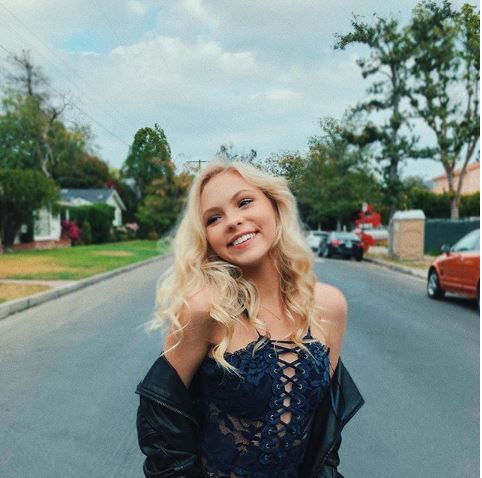 Jordyn earns from her original YouTube channel named after her. This channel has over 1.5 million subscribers and earns more than $7 thousand per month. While talking about her yearly income from there, she earns a total of around $91.5 thousand. 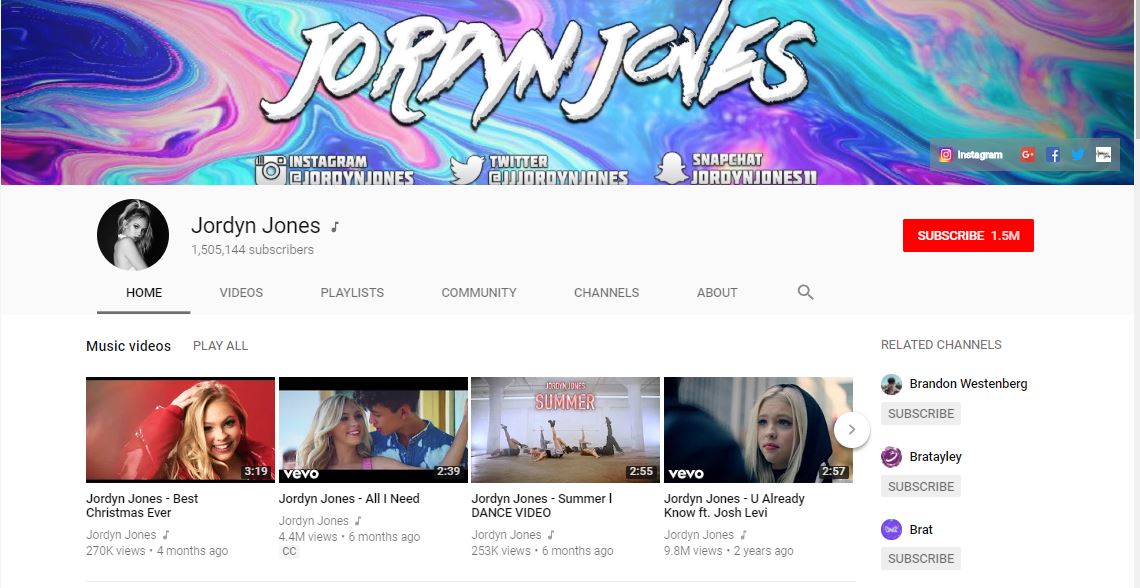 Apart from her original channel, she also has her own VEVO account. Her VEVO account has a total of over 422 thousand subscribers. This channel earns a total of $2.5 thousand per month and when talked about its annual receipts, it earns around $29.9 thousand. 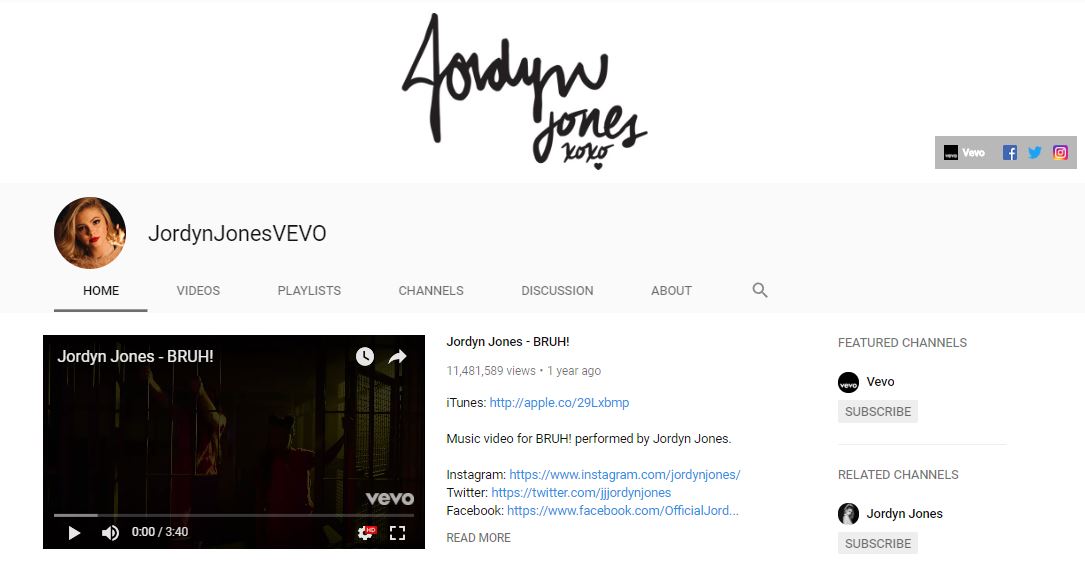 As she is also a model, she earns a total of around $40,000 per tenure through modeling. She has also modeled for the likes of MUDD Jeans, Steve Madden, and Guess along with many other brands. She also has several deals with Sprint, Hasbro, and also the 20th Century Fox. Jordyn usually works under the Creative Artists Agency and Reload Management.

Apart from all of her career, Jordyn Jones also has her own line of clothing which she sells from her official website. Usually, her shop only has tees and tank tops, all of which are posted on sale for about $26 through the Merch Direct, a complete merchandising company. 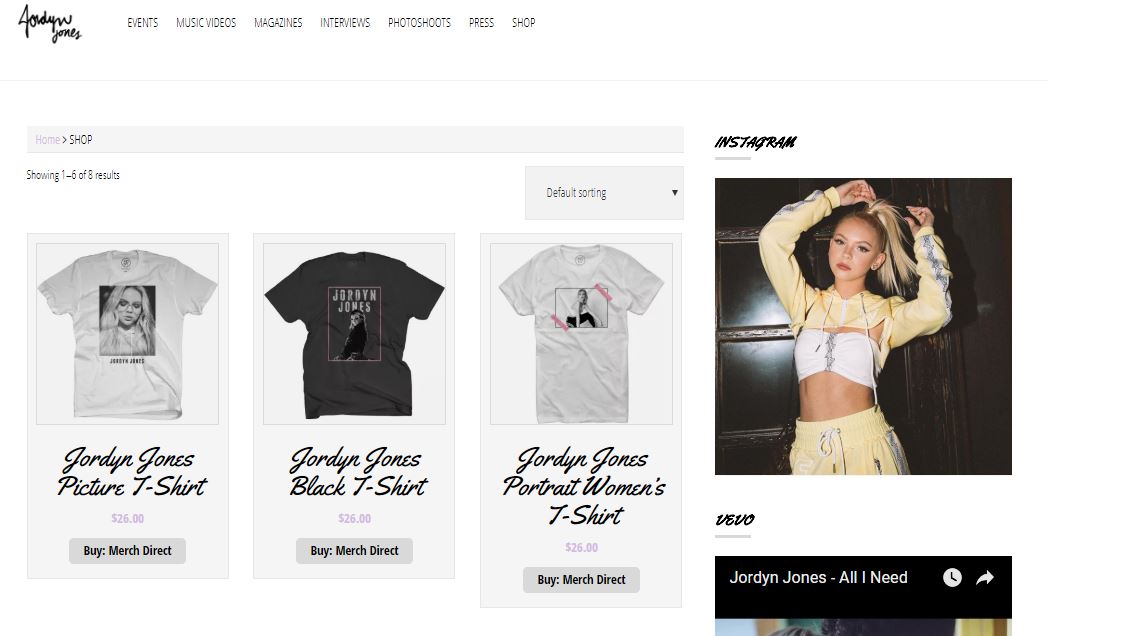 Now, to talk something about her lifestyle, then she is just 18, so considering her age, she still lives with her family. Hence, nothing can be said about that. Even if she is just 18, she has her own car. Jones is the proud owner of a Mercedes car.

Also, see: American YouTuber Justine Ezarik rumored to be Dating a guy from Same Industry; Disclose her Past Affairs and Relationships

We found out about her car from her Twitter post back in 2016. She was only 16 at that time and she had a car of her own! Well, even if she had a car, she couldn't drive it due to the age restrictions. 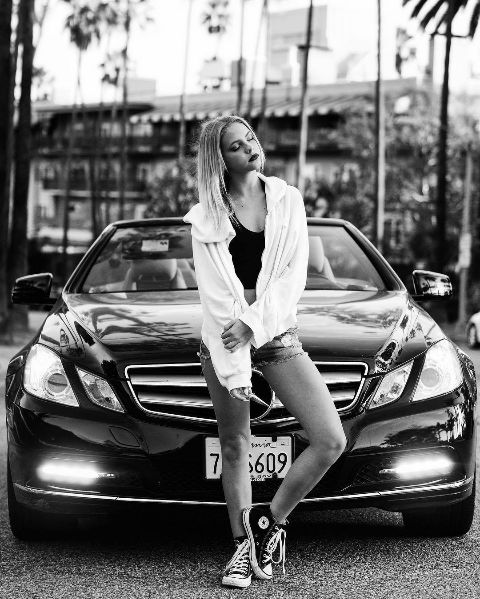 Apart from her Mercedes, she also drives a BMW 750i which costs more than $80,000. But, unfortunately, she crashed the car when learning to drive.

All in all, the 18 years' old teenage star, Jordyn Jones is currently enjoying her late teenage days. But, with enjoyment, she has also been earning a lot from her career in the modeling, singing, and YouTube videos.