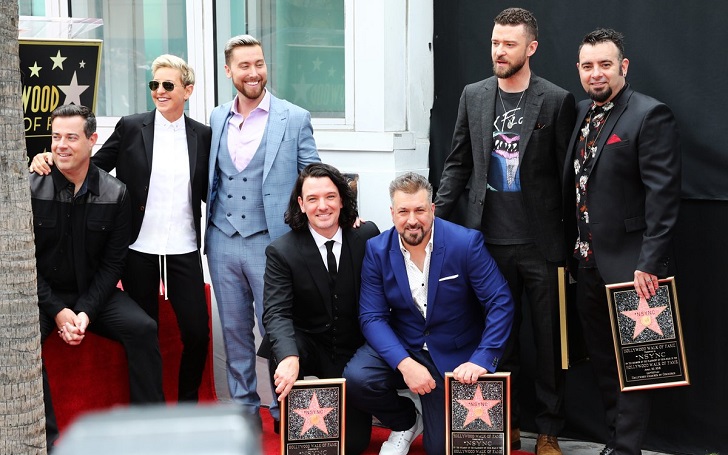 *NSYNC, years after going on a hiatus regroup to be awarded a star on Hollywood Walk of Fame where the entire members of the boy band got emotional.

It’s April 30, 2018, a day to be remembered. Today is the day when 90s teen pop icons N Sync an American boy band formed in Orlando, Florida were given a plaque on the Walk of Fame.

Justin Timberlake, JC Chasez, Chris Kirkpatrick, Joey Fatone, and Lance Bass got reunited on Monday on Hollywood Boulevard to honor their teamwork. There were many fans and media presented who enjoyed the get-together.

These 4 guys mean so much to me. We’re really a family, Timberlake said before he gave the group hug.

*NSYNC takes Instagram to share the group photo at the Hall of the Fame facing towards the star. The band beautifully captioned “This is for the fans.”

The Voice host Carson Daly including Ellen DeGeneres attended the celebration where she said: “rocketed to fame and stole the hearts of teenage girls everywhere, and some curious boys.”

Moving aside the Chasez’s 40th birthday this is the first time that N sync has reunited since the 2013 MTV Music Video Awards.