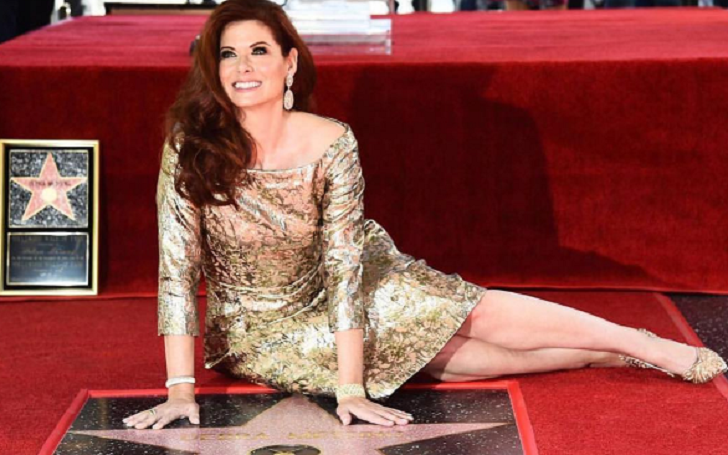 Debra Lynn Messing, famous as Debra Messing is an American actress who came into the spotlight after appearing in the role of Grace Adler on the NBC sitcom "Will & Grace."

It does not require any step or any proof for Debra Messing to prove herself as a star. "Will & Grace" star Debra Messing was honored with Hollywood Walk of Fame on Friday, 6 October 2017.

Though she is at the peak of success, it looks like Walk of Fame still counts for her. Mariska Hargitay, Connie Britton, and Sophia Bush joined Messing in her happiness.

And Hargitay took a small platform to celebrate Messing as an amazing talent and faithful friend. Hargitay also said:

To me, pretty much 95 percent of friendship, possibly more, is just showing up, just being there — and Debra Messing could hold a seminar on showing up,

Hargitay also posted a photo on her Instagram claiming it as #squadgoals. Have a look: 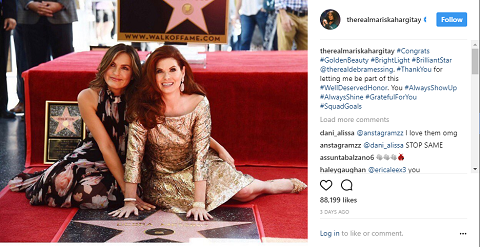 Sophia Bush also posted an album to celebrate Messing's success claiming her as a deserved star and incredible friend. In the same way, Britton claimed it as a joy to see such a talented person. 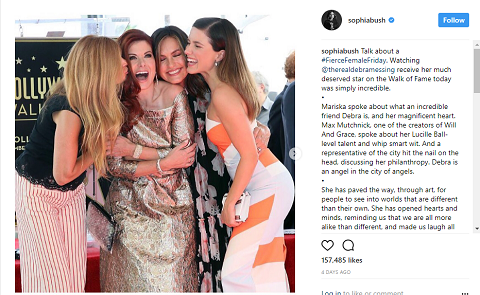 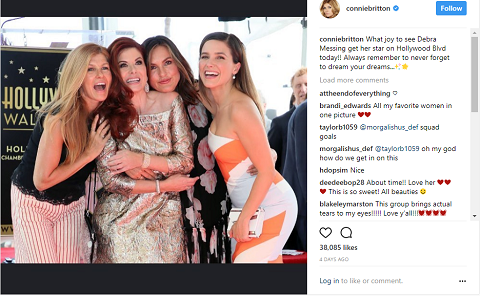 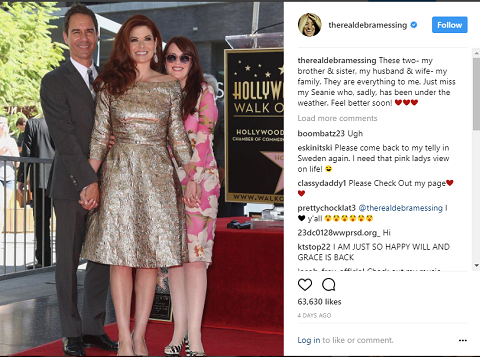 It looks like happiness is all around Debra Messing.