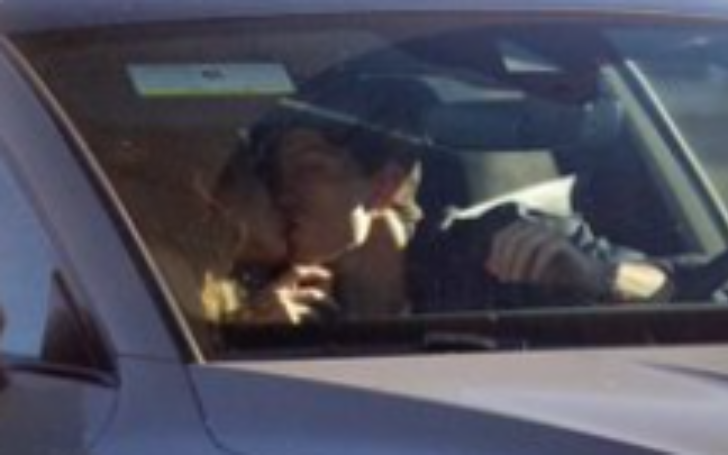 The Spider-Man power Couple Peter Parker and Mary Jane are giving some major hints about their off-screen romance. Tom Holland and Zendaya broke the internet after being spotted kissing last Thursday in Los Angeles.

The pair sparked rumors of dating for a few years, but they had never confirmed the speculations. After the photos went viral on the internet, fans are freaking out in every way possible. Here we will talk about some hilarious reactions to the news on Twitter.

When Did The Rumor Break-In?

The Cherry actor and The Euphoria actress were spotted kissing at a red light on Thursday, July 1st in Los Angeles, California in Tom's Audi worth $125,000.

The 25-year-old was holding her face dearly and leaned in to kiss her. Likewise, he also stared at her lovingly and caressed her chin.

As per reports, the pair was spotted in the Silver Lake neighborhood of LA where the actress's mother, Claire Stoermer, resides.

The same day, they were spotted walking out of a residence with Stoermer which definitely backed up the dating rumors.

However, both parties have not commented on the news neither addressing it as a rumor nor an on-screen act for a movie/series.

How Did Fans React To The Possible "Tomdaya" News?

The photos quickly went viral all over the internet and fans could not stop freaking out to the news. Here are some funny tweets from fans reacting to the news:

2. A Twitter account @sweetprkjmin posted a video from The Office US and captioned it "It's Happening, Tom Holland and Zendaya It's Finally Happening Help!

3.  Another user @maggiesxrose posted a giggling GIF with a caption: "even if tom and zendaya are doing PR idc, I'm still gonna eat this up. this is fun"

4. Yet another account @remswtlive took their creativity to the next level with a Pope holding Tom and Zendaya kissing picture meme.

5. Similarly, @mystic_ronin showed his support towards Tom with a crying anime character photo.

6.  While most of the fans were shipping them, @KolyaZabler reacted in a completely different way with a Patrick "So Much Pain" meme. Quite funny.

What Happened To Tom And Nadia?

The 25-year-old English was reportedly dating rising actress Nadia Parkes. The couple began dating in early 2020 before London Lockdown and moved in together shortly.