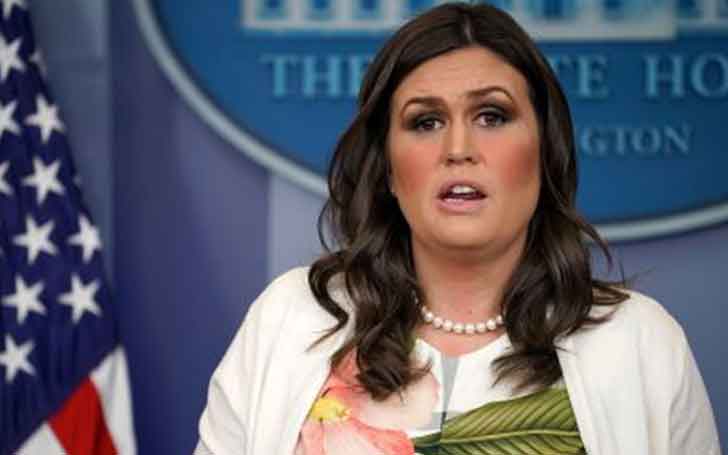 Sarah Huckabee Sanders is an American campaign manager as well as a political advisor appointed by President Donald Trump as White House Press Secretary in July 2017. We are not talking about how she got appointed and about her career achievements but about her personal life, including her husband and children.

So, if you want to know in detail about Sarah Huckabee married life with her husband, as well as about her children and how she manages her work life and family, keep on reading the article until the end.

Sarah has been married for eight years to Bryan Chatfield Sanders. The duo met one another back in 2008, at Sarah’s father’s presidential campaign.

Bryan, on the other hand, is a Republican political consultant and was hired as a media consultant on Sarah’s father presidential campaign. Sarah and Bryan got married on 25th May 2010 at the Nazareth Lutheran Church in the U.S. Virgins Island. 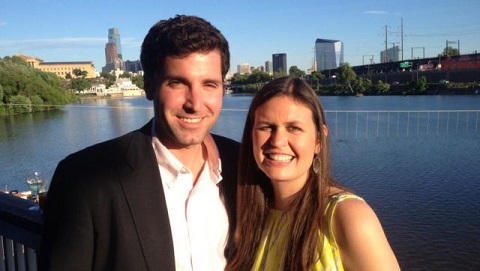 The couple has been living together happily ever since and has already given birth to three children. Sarah has been managing her personal life and professional life in such a way that hasn’t affected her job, and their children are also growing up fit and healthy.

As mentioned earlier, Sarah and Bryan together have three children; Scarlett Sanders, William Huckabee (Huck) and George Sanders. The duo keeps on updating about their children on their Instagram and Twitter. Scarlett is the oldest among the children, second is Huck and George is the youngest born on 8th June 2015. 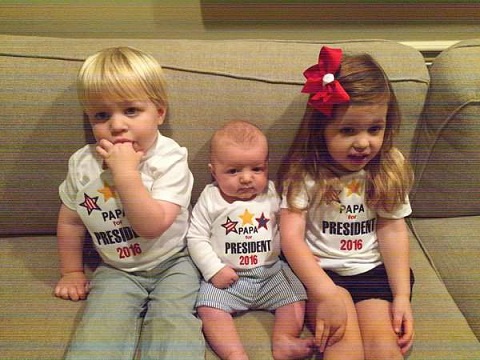 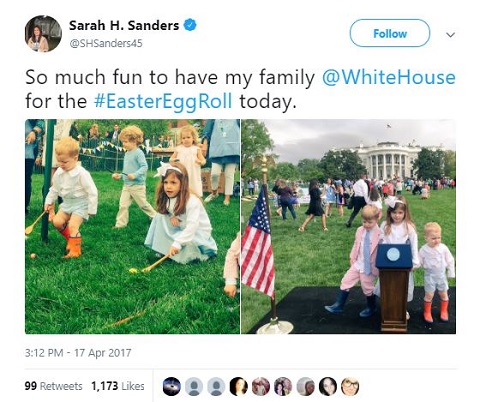 Both the mother and father have a special place in their hearts of all of the three children. Sarah, once she stepped up to the stage to answer the questions from the media, wished her oldest daughter, Scarlett, a happy birthday. She said,

I get to wish Scarlett a happy birthday. I think her first birthday wish would probably be that you guys are incredibly nice.

Sarah father, on the other hand, is very much happy and loves to be a grandfather.

Mike loves all his five grandchildren and wishes them well for their lives.