Home Gossip Randy Orton's Baby with Kim Marie. But what about his Child with Ex-Wife Samantha Speno?

Randy Orton's Baby with Kim Marie. But what about his Child with Ex-Wife Samantha Speno? 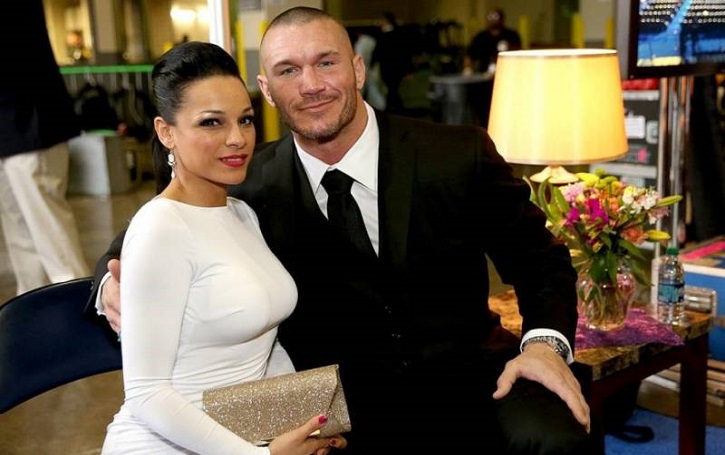 The professional life of any celebrity or wrestler can be simply found on the Internet, but when it comes to their personal life, it's hard to trace out their stuff. You know, it's tough to predict as well.

Today, in this particular column, we will be talking about his personal stuff regarding their married life and their first child together back in 2016. Check out his past marital life too.

WWE super-wrestler Randy Orton and his wife Kim Marie welcomed their first baby together in November 2016. Randy even reached out on Twitter to re-tweet his wife’s picture of her baby bump. Kim Marie, who is a mother of three, altogether welcomed her fourth child, a daughter.  Orton shared several posts of their newborn baby girl.  Let's have a look: 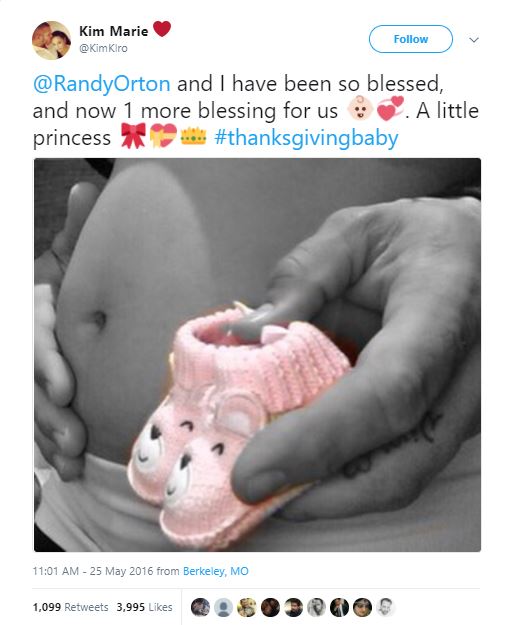 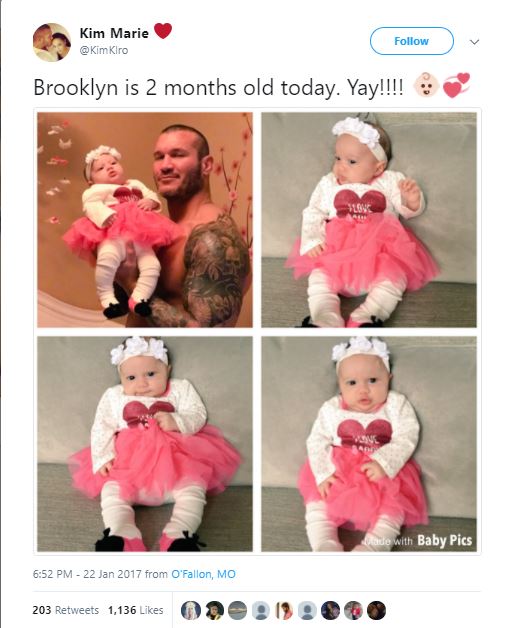 Samantha Speno and Randy Orton were married for five long years from 2007 to 2013. Although none of them had confirmed it, the way they met was quite typical; they first supposedly met at a bar where they came to know each other and fell in love. The former couple got engaged in 2005 and eventually tied the knot in September 2007. In 2008, the pair welcomed their first baby girl named Alanna Marie Orton.

Unfortunately, their marriage lasted until 2013, and they called it off. Samantha filed for a divorce in 2013 citing that the wedding was permanently broken. Even though they separated, they still are close to each other. 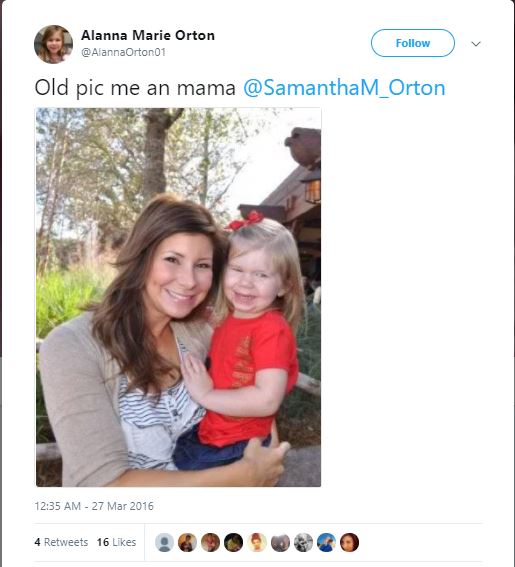 Before being linked with Randy, she worked as a gymnastics instructor, but later according to her Twitter, she had changed her profession to becoming a makeup artist and fashion stylist.

Their divorce wasn’t much of hype as compared to how controversial Michael Jordan’s divorce settlement was. According to Fabwags, Samantha received an amount worth $6, 54, 000 along with her $99,000 engagement and wedding ring. Moreover, she got a house and full custody of their 8-year-old daughter.

Randy, whose net worth is around $8 million has also approved to pay a monthly amount of $45,000 for child support. Randy has certain rights for visitations though.According to bleacherreport.com, Samantha didn’t directly state that it was Orton’s work schedule that drove their relationship to an end but she did mention that being away from home most of the time didn’t help at all. 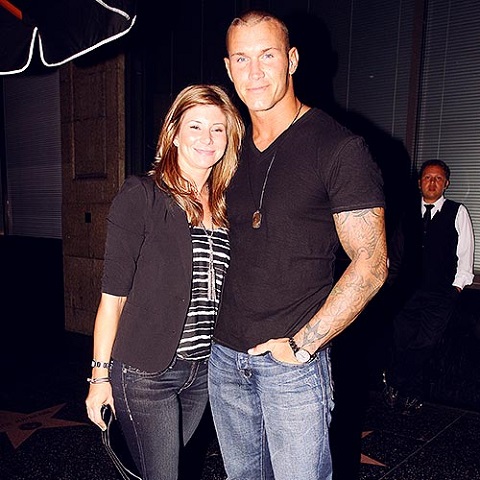 After Orton's split with his first wife, Orton started a romantic relationship with New York-based Kim Marie Kessler since February 2014. The couple engaged after dating about 1 year on July 2015; Kessler even tweeted a photo of her engagement ring on Twitter. 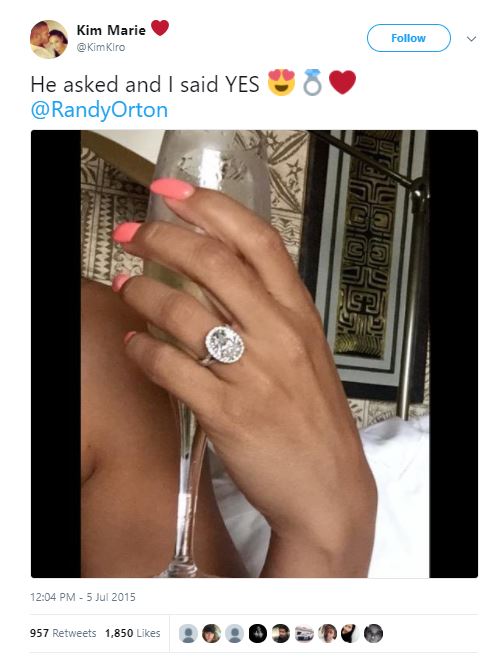 The couple married on 15th November 2015. Kim posted a picture on Twitter to let the world know that they were off to their wedding destination with her kids and her step-daughter. Their family looks lovely right? 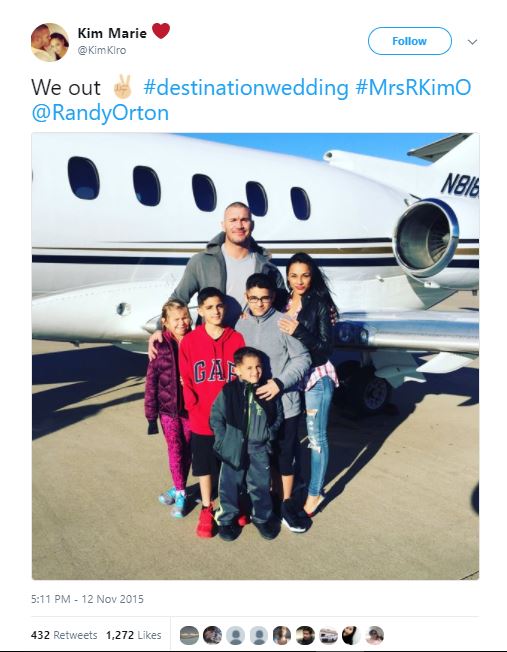 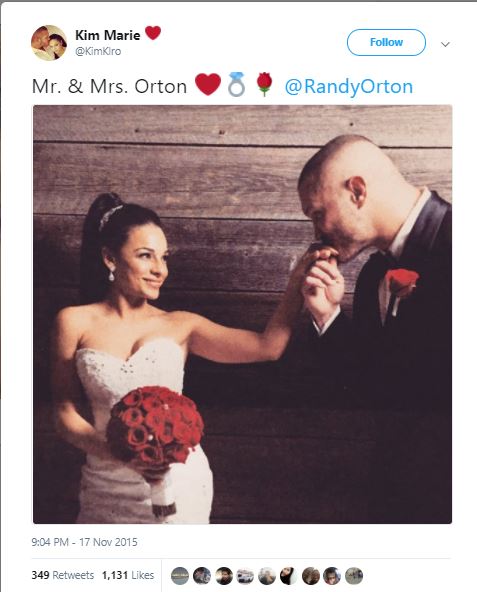 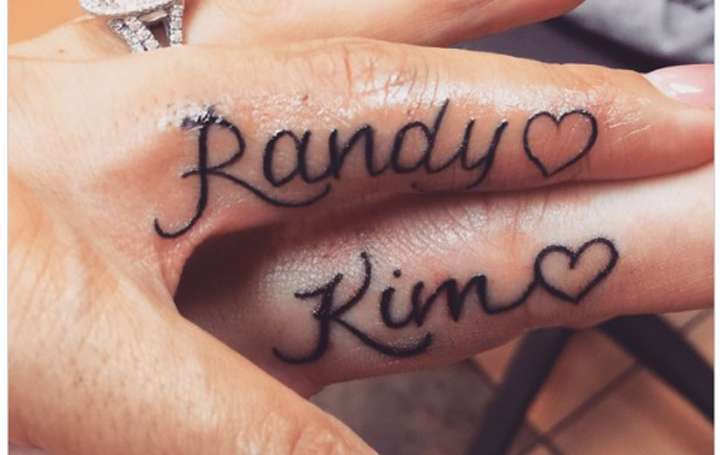 The perfect and happily married couple even managed to make a tattoo of their spouse's initials on each other's fingers right after their wedding. They do seem to be going high, and we hope they live joyful life ahead for many years to come!