35 years old American rapper, actor and an entrepreneur Dwayne Micheal Carter Jr. aka Lil Wayne starting his career since an early age of nine, was the youngest member of the Label Cash Money Records. So far, from his tremendous earnings, Lil Wayne has collected a huge net worth from his musical career, labels, and business.

Starting his career at the age of nine, he involved himself in label companies, singing, and rap music which made him earn a huge amount of money. So, let us get more information about Lil Wayne's tremendous earnings and net worth.

As we already mentioned earlier, Wayne started earning since the age of nine and furthermore expanding his business and musical career widely he is able to gather a huge amount of net worth which is estimated to be around $150 million as of 2018. 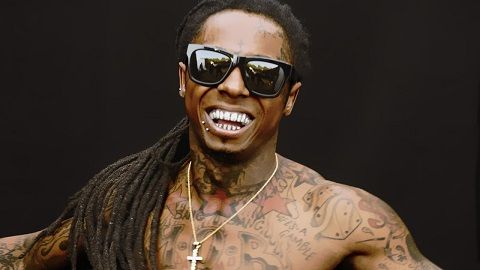 Beside Cash money Wayne is also the member of the label, Republic and proudly owns his own label company Young Money. Wayne is collecting heavy cash from his label company as well. Young money not only deals with the music Wayne has spread the young money out of music and connected it with a clothing line and merchandise. Wayne often advertises his merchandise products by sharing pictures in the social media. 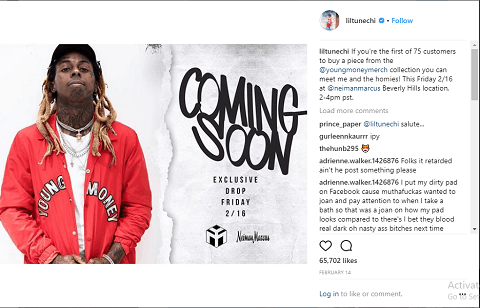 He also inked his first big endorsement (a multimillion-dollar pact deal) with  Pepsi's Mountain Dew in 2013 and also launched a clothing line Trukfit. Lil Wayne, who is the GOAT of the Hip-Hop industry, featured a real goat in an advertisement to promote his brand Original Bumbu, have a look at the commercial video.

As we all know Lil Wayne is one of the talented and successful rappers in Hollywood and has impressed the whole world by his talent. Wayne has released around 12 studio albums and an unreleased album Carter V in his career and has also released some extended plays, as well as Lil Wayne.

Also Read: American singer Pharrell Williams Earns Well From His Career and Has a Huge Net Worth

He has also appeared in 4 different movies including Baller Blockin. He has also appeared in numerous television series and also has won many awards. So far he has won 1 American Music Award, 10 Bet Awards, 5 Grammy Awards, 1 Mobo Awards and many more. Lil Wayne has won about 64 awards in his career and has been nominated for about 179 award categories.

When it comes to purchasing expensive cars, Lil Wayne is going to be on the list. He has a large number of expensive cars. Lil Wayne says that he is the first African American rapper with a Bugatti costing around $2.7 million.

Lil Wayne sold a mansion which covered the area of 15101 square foot which features a rooftop skate park and shark lagoon at the price of $10 million located in Logos Island Miami Beach.  We can see more features of the house ina video below

The house was featured with the tuck behind tall hedges, the glass and steel spread has 9 bedrooms and 10 bathrooms including two-story master suite entrance by a glass-covered elevator.