The couple asked Lord Lieutenants to invite 1,200 people to join the celebrations, including young people who have shown strong leadership, and those who have served their communities.

“It has been decided that an official list of political leaders of international including the UK, is not required for the royal wedding,” a Kensington Palace spokesman revealed. The spokesman added, “Her Majesty's Government was consulted on this decision, which was taken by the royal household.”

According to a White House source, the president and his wife Melania Trump are not invited to the ceremony.

It has also been confirmed that Prince Harry friends Barack Obaman & Michelle Obama are also not invited to the ceremony list. 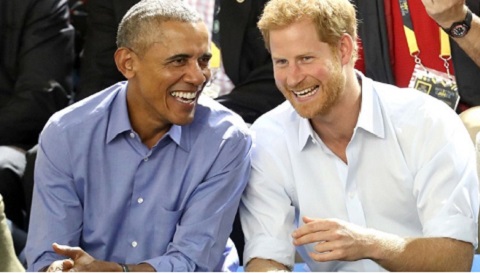 Inside Windsor Castle, we will only be seeing personal friends of the couple and family member from around the world.

Among the 12k invitation, the public who will be allowed to enter Wedding castle will be Philip Gillespie, Pamela Anomneze Reuben Litherland.

Philip Gillespie from Ballymena who lost his right leg in an IED incident in Afghanistan and works to raise funds and awareness for ABF The Soldiers' Charity. pic.twitter.com/WadD7gRpRq

Philip Gillespie is a courageous man from Ballymena who lost his right leg in Afghanistan and now he raises funds and raises awareness for ABF The Soldiers’ Charity.

Pamela Anomneze from Haringey. Pamela is the manager of Studio 306 Collective CIC, a social enterprise that helps those recovering from mental health issues through the creative arts. pic.twitter.com/gSNTcRt9SO

The manager of the Studio 306 Collective CIC, Pamela Anomneze will also be attending the marriage ceremony.

Reuben Litherland from Derby. Reuben was born deaf and has started lunchtime lessons to teach sign language at school. pic.twitter.com/bpUUO0rIKL

Also Read: The Royal Romance: Prince Harry to face a challenge before he makes Meghan Markle his princess

Reuben Litherland who was born deaf is also on the list. He has started lunchtime lessons to teach sign language at school.