Home Gossip Meet Kanye West's New Beau Julia Fox: Who Is She? Find Out Details Of Her Career Along With Their Budding Romance

Meet Kanye West's New Beau Julia Fox: Who Is She? Find Out Details Of Her Career Along With Their Budding Romance 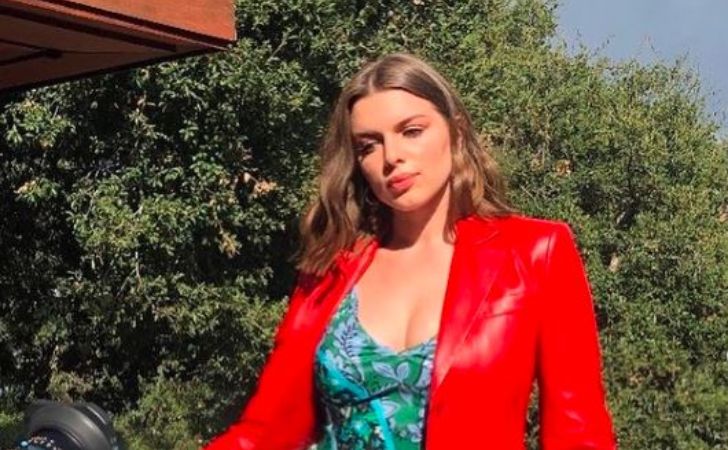 While reconciliation rumors were still taking all over the internet, designer and rapper Kanye West dropped a bomb about his new budding romance with actress Julia Fox leaving fans in wonder.

Just months after divorcing ex-wife Kim Kardashian, West confirmed his new relationship with Fox with a steamy photo of them together. As per the source, Fox is flattered with Ye's attention and goes along with his ideas.

Kanye West, 44, and Julia Fox, 31, sparked dating rumors after being spotted dining at the restaurant Carbone in New York City. After days of rumors and speculations, Julia opened up about going on a date with Ye in a two-paragraph long article which she wrote for Interview Magazine. 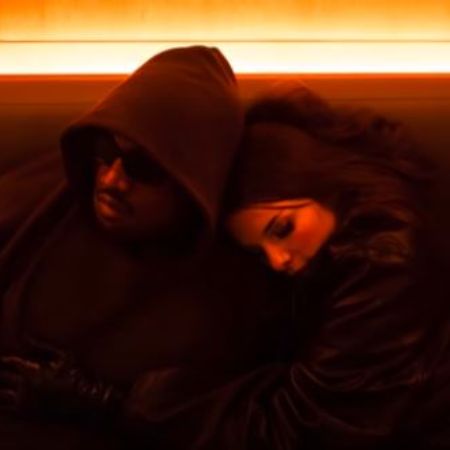 She titled the piece 'Date Night' and openly talked about their first and second date. She said:

"I met Ye in Miami on New Year’s Eve and it was an instant connection. His energy is so fun to be around. He had me and my friends laughing, dancing, and smiling all night. We decided to keep the energy going and fly back to New York City to see Slave Play. Ye’s flight landed at six and the play was at seven and he was there ON TIME. I was impressed."

She also talked about how the singer-rapper booked an entire suite full of clothes to surprise her. In the piece, she wrote:

"Ye had an entire hotel suite full of clothes. It was every girl’s dream come true. It felt like a real Cinderella moment. I don’t know how he did it, or how he got all of it there in time. But I was so surprised. Like, who does things like this on a second date? Or any date!"

She also added: " I don’t know where things are headed but if this is any indication of the future I’m loving the ride."

Who Is Julia Fox? Details Of Her Early Life & Career

Fox and her father moved to New York City at the young age of six and lived in Yorkville. Likewise, she attended City-As-School High School.

Before beginning her professional career in the entertainment industry, Fox worked several service jobs at a shoe store, an ice cream shop, and a pastry shop. 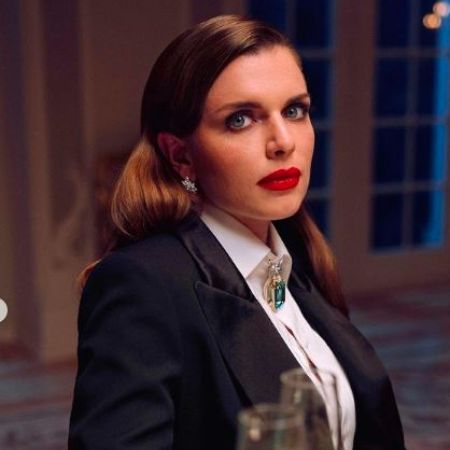 In a similar way, she also worked as a clothing designer and launched a successful women's knitwear line, Franziska Fox. In 2015 & 2016, she self-published two books about photography titled Symptomatic of a Relationship Gone Sour: Heartburn/Nausea and PTSD.

The 32-year-old actress made her feature film debut as Julia De Fiore, a showroom saleswoman and mistress of the film's protagonist Howard Ratner (played by Adam Sandler) in the 2019 film Uncut Gems.

For her outstanding performance in the film, she was nominated for several awards and accolades including Chicago Film Critics Association and Gotham Awards for the Breakthrough Actor Award.

Her other film credits are PVT Chat, Acting for a Cause, and No Sudden Move. Likewise, as a model, she has appeared in commercial ads for Diesel, Coach New York, and magazine covers like Vogue Italia, Wonderland, The Face, Paper, V, and Interview.

American media personality and businesswoman Kim Kardashian and rapper/designer Kanye West meet for the very first time on the set of a Brandy music video. They officially began dating only in April 2012. The couple dated for a year and got engaged in a romantic way in October 2013.

West proposed to his then-girlfriend during her 33rd birthday in an extravagant way renting out AT&T Park with an orchestra and fireworks. He reportedly popped the question with a 15-carat cushion-cut diamond ring worth $4.5 million.

They exchanged their wedding vows on 24th May 2014 at Fort di Belvedere in Florence, Italy wearing a custom wedding dress designed by Riccardo Tisci of Givenchy.

Kimye shared four children together while they were together. They welcomed their first child, daughter North on 15th June 2013, son Saint on 5th December 2015, daughter Chicago West on 15th January 2018, and son Psalm on 9th May 2019. Chicago and Psalm were born via surrogacy. 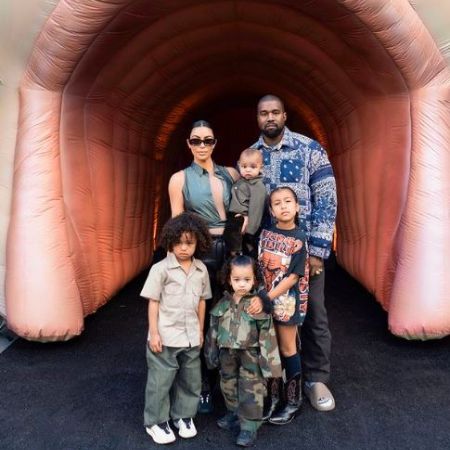 CAPTION: Kim K. and Kanye got married in 2014 and shared four children together SOURCE: Instagram @kimkardashian

In January 2021, news of Kim and Kanye's divorce began circulating and on 19th February 2021, Kardashian officially filed for divorce. As of April 2021, the former couple agreed to end their marriage due to irreconcilable differences and agreed for the joint custody of their children.