Its everyone’s dream to celebrate Valentine’s day with his/her loved ones. But not all are lucky enough. Well, we don’t know about others, but the hot couple Mariah Carey and Bryan Tanaka were, fortunately, able to make their Valentine’s day the best of all.

So how did the couple celebrate their special day? What different things did they do in that day? Know everything in detail by reading until the end of this article. Also, have a clear view of how their relationship is going and how much they love each other through this article.

The couple had a romantic Valentine’s Day this year in Los Angeles. They took several sexy pictures together and later enjoyed a private dinner. Mariah wore a candy bra which was handmade by Bryan and on the other hand he posed for the picture shirtless.

Well, the picture clearly shows that Bryan was not just shirtless but was covered only with a towel for the photoshoot. The two had a great time in their hotel suite Jacuzzi and after they finished the photo shoot, they enjoyed their dinner together from where they could overlook all of Los Angeles. 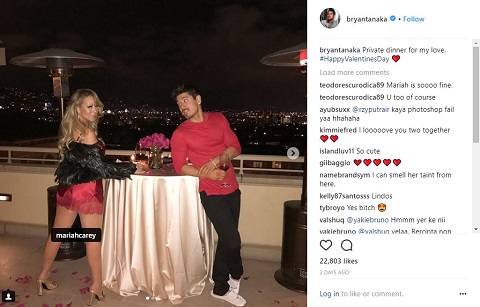 As seen in the picture, the candlelight dinner was pretty romantic. Well, this was not the first valentine’s day they spent together. Their first Valentine’s was of the year 2017 as they started dating in November 2016. To know more about their relationship, keep on scrolling.

Well, this singer and dancer love story has been one of a kind. The duo started dating back in November 2016 and still are like the new fresh couple. The two are spotted several times in the streets and in every candid picture, they have kept on holding each other’s hand, even on the stage. Have a look, yourself. 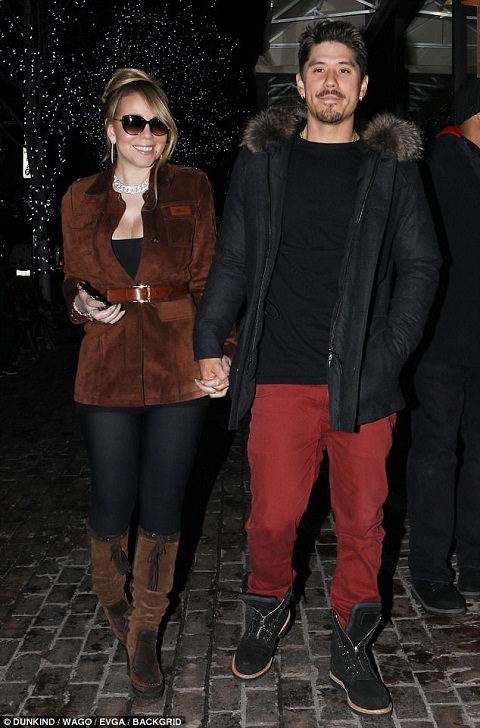 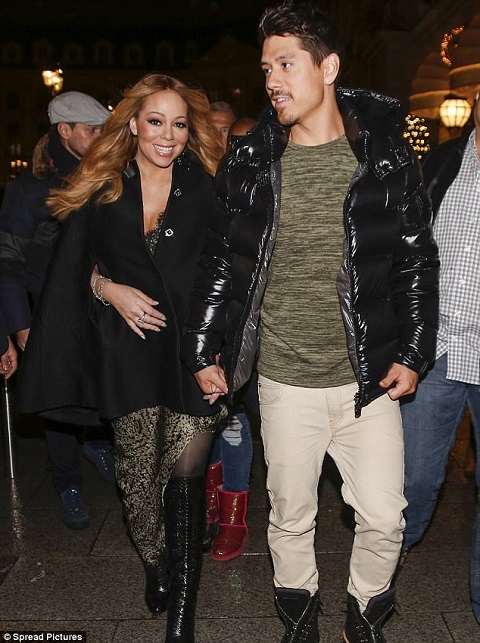 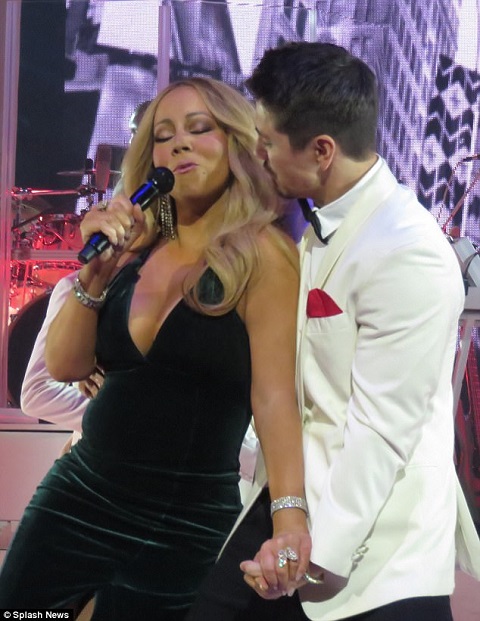 These pictures clearly show how close the couple is to one another. Despite having a huge age gap, Bryan (34) and Mariah (48) they have a type of romantic relationship that any other couple would love to have. Their long-term relationship gives us hint that they will soon turn their relationship to husband and wife.