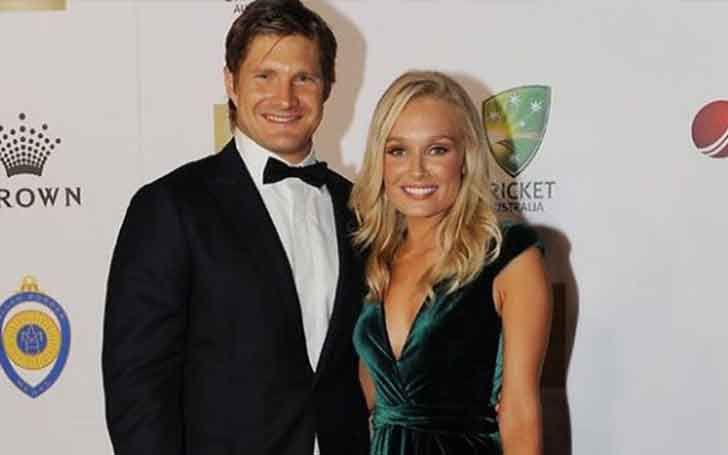 The Australian cricketer and a former captain, Shane Watson, who is known for his fast-medium swing bowling, has added a lot to his net worth through his hard work and cricketing career. But, apart from his professional life, he is enjoying a blissful married life with Lee Furlong since 2010.

Shane Watson has found luxury in everything, from house to car. But, people asked if he is also luxuriously living his personal life. His marriage with Lee Furlong showed what a class act he is as he proved his luxury in his real life too. Well, without further ado, let's jump right in to know all about Shane Watson's love life.

The cricketer star, Shane Watson and Lee Furlong got married on the 3rd June of 2010 in a private ceremony. The couple walked down the aisle at the Central Coast Resort in front of 65 close friends and family. 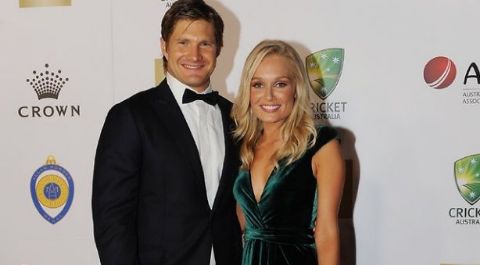 The couple showed their family's bonding through their wedding as the best man for the wedding was Shane's father, and the bridesmaid was Lee's mother. The pair had their own vows ready, and as they read the vows, tears rolled down through their cheek. They ended their vows with the line 'partners in crime until the end of time.' 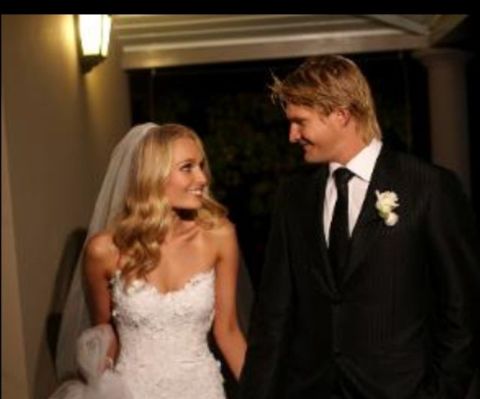 Talking about how they had met, then Shane and Lee met for the first time through the connection of their mutual friends in 2006. And, since then they have been together ever since. While talking about their engagement then, Shane proposed Furlong in October 2010 with a stunning diamond ring.

The star couple, Lee Furlong and Shane Watson, has two children; a son and a daughter. Their first baby, Will Watson, was born on the 14th of  March, 2013 after three years of marriage.

After his birth, Lee told the media that she adores being a mother. Lee also stated that she and her husband always talk about how lucky they are to have kids. Later, while talking about her son, she also said that her confidence level boosted after she became a mother.

Also see: Is Australian actress Rose Byrne married to Bobby Cannavale or still Dating? Know about their Relationship and Children 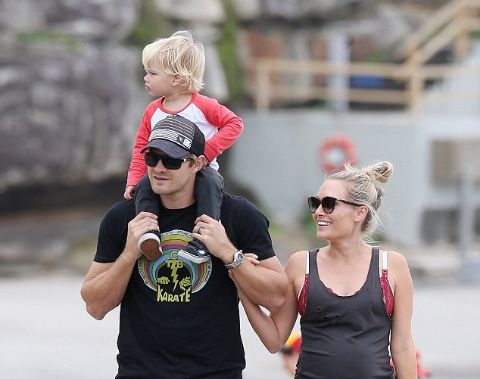 CAPTION: Lee Furlong and Shane Watson with their son Will SOURCE: Daily Mail

The couple later, in 2015 revealed that they were expecting another baby. On the 23rd of May 2015, the couple welcomed their second child; a daughter, Matilda Victoria. Shane was out in the field when Lee was pain-struck. He had to rush in to make it just in time for the delivery. The athlete posted on Twitter that he as just in time to see his beautiful baby girl. 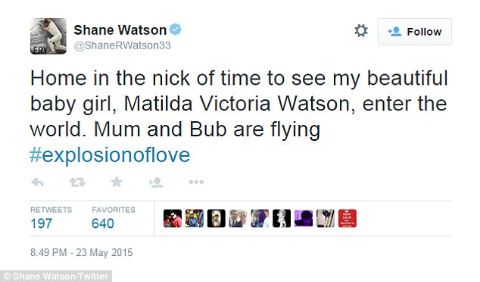 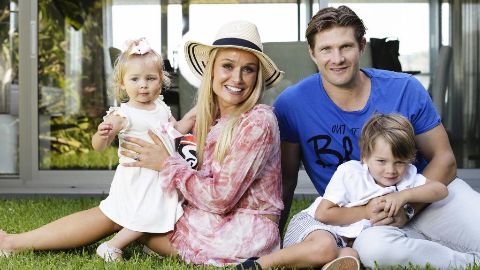 Currently, Will is five years' old, and Matilda is two years old. The family of four is living happily in their Bronte home.