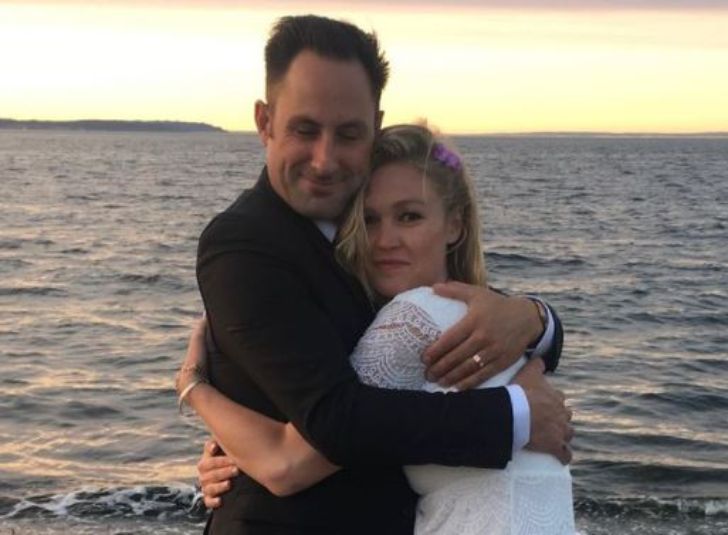 Julia Stiles is experiencing the beautiful motherhood journey for the second time with her husband, Preston Cook.

On November 18, 2021, Riviera alum confirmed her pregnancy news at New York City's Village East Cinema during the premiere of "The Humans," where she was caught cradling and caressing her baby bump.

New York City-born actress Julia went on the screening of her upcoming film, "The Humans," on November 18. She appeared on the red carpet with glowing skin+ in a black turtleneck dress. 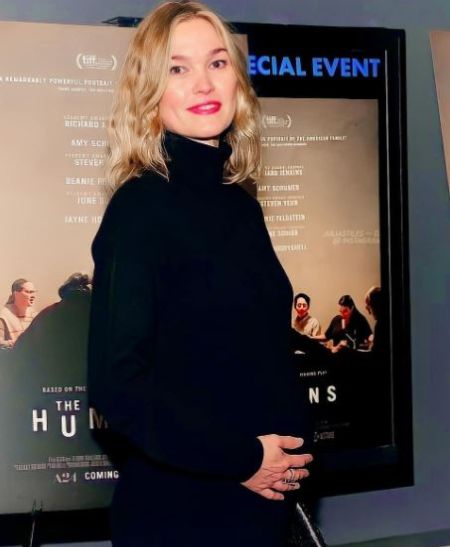 At New York City's Village East Cinema, she cradled her baby bump and confirmed the news of her pregnancy during the premiere of the movie. So far, she has not disclosed about her expecting the second kid on her social media.

Don't Miss: Taylor Lautner Is Engaged; Who Is His Fiancée? His Past Relationship And Affairs

When Stiles was shooting her 2015 thriller Blackway, she met her husband Preston J. Cook, who was working as a camera assistant at that time. Eventually, the couple began dating, and the actress announced their engagement in January 2016.

In September 2017, the duo exchanged wedding rings and disclosed about their wedding via Instagram post along with the caption, "Who doesn't love a shotgun wedding?"

The same year, Stiles and her husband were blessed with a son, Strummer Newcomb Cook. After giving birth to their first child, 10 Things I Hate About You revealed about the baby boy with a picture of the little one holding her finger. In the photo, she said:

"Thanks and ever thanks to the extraordinary Doctors, Nurses and staff at Mount Sinai for helping to bring this utter joy into our lives. 'Hello, World!'" 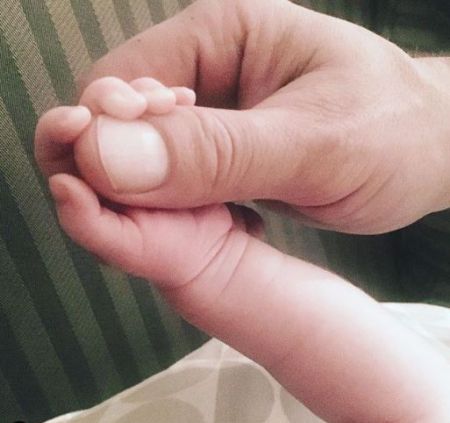 The couple's first kid, who is now 4-year-old is soon going to be a big brother. Along with Julia experiencing the beautiful motherhood journey, Preston (the father) and Strummer (sibling) also can't wait to welcome their little bundle of joys of the family.

How Rich Is Julia Stiles?

Julia O'Hara Stiles was born on March 28, 1981. She is popular for her roles in Wicked, 10 Things I Hate About You, Down to You, and Riviera.

Active in the Industry since 1993, the Columbia University graduate has an estimated net worth of $12 million. Previously, in 2003, she earned a salary of $4 million from the movie A Guy Thing, where she portrayed Becky.

Besides that, Julia also makes an impressive sum via her social media. As per Influencer Marketing Hub, she receives $1,284 - $2,140 per sponsor post through her Instagram, which currently has 429k followers and a 3.70% engagement rate.